‘Phantom of the Opera' a joy for opera enthusiasts in Istanbul 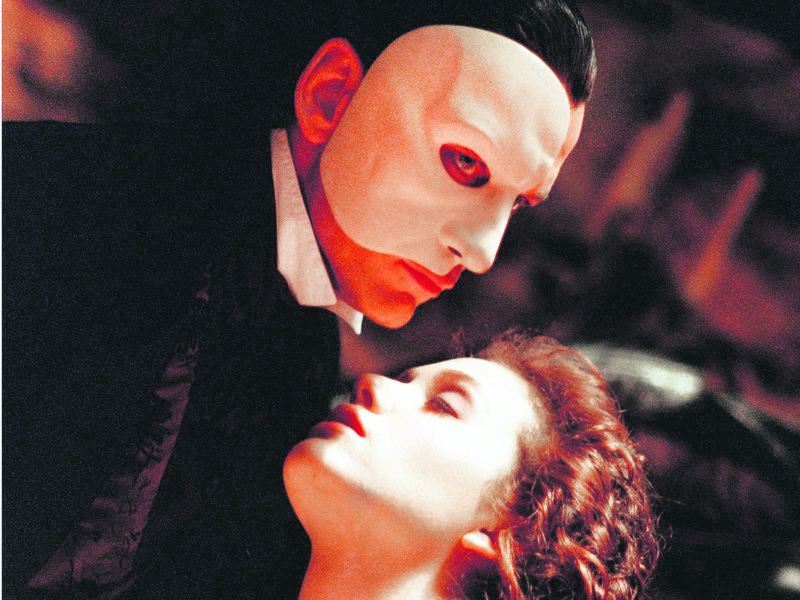 by Anadolu Agency Apr 08, 2015 12:00 am
Before their debut show in Turkey on April 7, the actors in the famous musical "The Phantom of the Opera" had a dress rehearsal. In his statement to the press during the rehearsal, which took place at the Zorlu Performing Arts Center (PSM), director Arthur Masella expressed his happiness to be in Istanbul. Stressing that it is exciting to bring "The Phantom of the Opera" to Istanbul, Masella said he wishes that concert halls such as the PSM could be built in every city. The director underscored that the Istanbul show of the longest-running musical on Broadway will be exactly the same as the ones staged in London and New York and pointed out that the same costumes and decor have been brought to Istanbul.

Actor Anthony Downing, 30, who plays Raoul, Vicomte de Chagny, said that he first performed "The Phantom of the Opera" three-and-a-half years ago in South Africa, and he has been a part of the team ever since. Emphasizing that this is his first European tour with the production, Downing said he is very happy to be in Istanbul. Stressing that the musical is based on a love story, he said: "It is hard not being a part of a production that is the longest-running and most successful musical of all time. It is something that I cannot let go of easily."

The musical, which will be performed for the first time in Turkey, will be staged until May 17 at Zorlu Center PSM. For the award-winning production, the decor - which weighs 160 tons - was transported to Istanbul using 24 trucks.

"The Phantom of the Opera" premiered in 1986 in London and has been staged in 40 countries and 110 different cities so far. Moreover, the production has reached out to 80 million audience members through 65,000 performances. Adapted from French author Gaston Leroux's namesake novel, the musical has a team of 130 people, including actors, a technical team and an orchestra. A total of 230 costumes, 281 candles, 250 kilograms of dry ice and 10 fog machines are used for each performance. Leroux's novel, which has been translated into more than 15 different languages, focuses on a musical genius with a highly deformed face who is known as the ghost of the Paris Opera and his obsessive love for the talented and beautiful soprano, Christine.
Last Update: Apr 08, 2015 10:20 pm
RELATED TOPICS