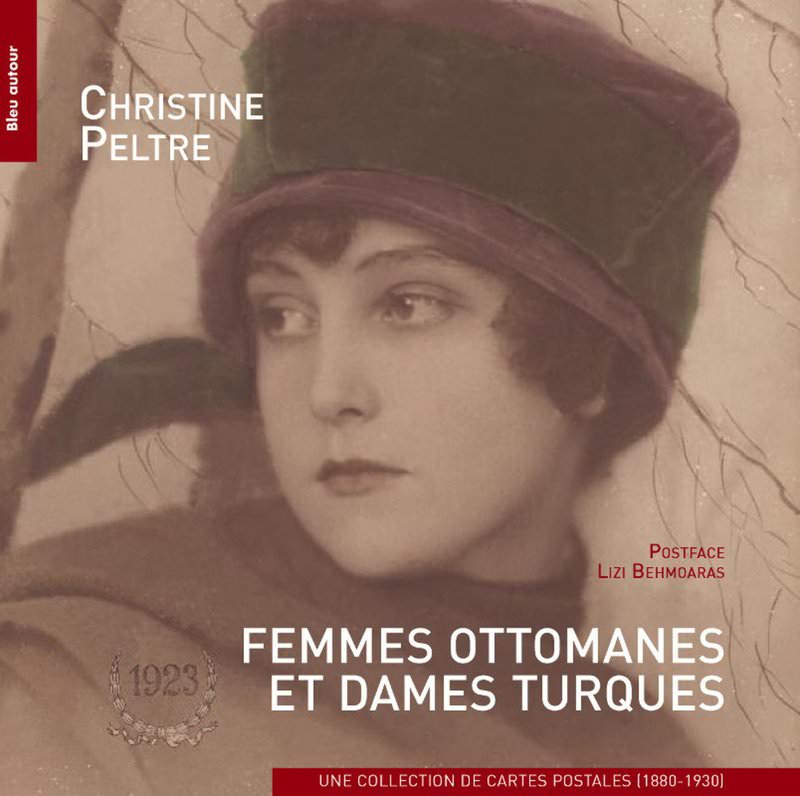 Each time you open an old postcard box, memories flow through your mind taking you to different times and places. The displayed postcards at the ongoing exhibition "Femmes Ottomanes et Dames Turques" (Ottoman Women and Turkish Ladies) at the Lycee Notre Dame de Sion bears witness not to an ordinary biographical account, but the intriguing lives of women from the Balkans, Anatolia, the Caucasus and Middle East between the late 19th and early 20th century.

The walls of the small exhibition room are filled with over 200 postcards, saying either "Dame Turque" (Turkish Lady) or "Salut de Constantinople" (Greetings from Constantinople). Most of the postcards are from the archive of French photograph collector Pierre de Gigord, and those dated between 1880 and 1930 were sent either by French soldiers deployed to the east or French travelers touring around the Ottoman Empire.

As an informative resource to understanding a region's geographical and ethnic character, postcards were first issued by the Austro-Hungarian Empire in 1869. In following years, portraits of rural and urban women were also used on postcards. Some portraits were exclusively taken at photography studios like the one run by the Armenian Abdullah Brothers in Istanbul's historic neighborhood of Pera two centuries ago. Standing in front of an indoor or outdoor background, these women have much to show about working life, daily habits, handcrafts and, of course, the fashion of the period. There are also some earlier female drawings on postcards, representing a part of a 1714 Paris collection featuring different people from the Eastern Mediterranean region. A century later, the Ottoman Empire satisfied the curiosity of the Western world on the region's diverse ethnic groups by preparing an exclusive collection on local costumes for the Vienna International Exposition of 1873.

That is probably enough for the historical background of the exhibition, comprehensively covered in contemporary art Professor Christine Peltre's namesake book published by Bleu Autour. Her book was recently translated into Turkish and is available at Yapı Kredi Publications.

As mentioned, the postcards show interesting clues about the working life of women throughout the Ottoman Empire. Kurdish women busy with hand spinning, knitting Macedonian women, silk weaving Syrian women and Smyrna's (İzmir) carpet weavers or shepherd girls show that they all shared somewhat of a similar story regardless of whether they were from the east or west of the empire. Armenian-origin Turkish author and translator Liz Behmoaras, who wrote the epilogue of Peltre's book, described this rich ethnic makeup as "a hypnotizing and captivating mosaic."

Initially depicted in artistic works, the theme of poverty also turned into a popular element on postcards. A section of the exhibition helps visitors to examine the life of poor Anatolian peasants and Romani women sitting cross-legged on the floor. One of them is telling a fortune to another by reading cards, a practice historically associated with the Romani. On the other hand, a 1901-dated postcard offers a contrary view with fancily dressed urban women cruising around Istanbul's Tarabya neighborhood in a carriage. In her book, Peltre reported the words of French poet Henri de Regnier describing Tarabya as the center of Istanbul's chic life with sports activities, lunches, garden parties, tennis games, summer dresses, umbrellas, English carriages and boats. Interestingly enough, Tarabya is still one of the city's most popular and elegant places.

When talking about women, fashion is an unavoidable subject, and it is also embraced as an important part of the exhibition. Within the imperial borders, women from different religious communities used to appear in their own traditional dress. Some postcards feature Thessalonian Jewish women in long silk floral skirts and white shirts with big pearl necklaces on it, while Christian women adopted more European styles of dress. Muslim women were photographed with metal waist belts and delicate jewels like filigree or neckbands. Another postcard shows an Albanian woman with a hairband made of precious coral. Looking at the camera in front of a tent, Romani women were wearing traditional embroidered cotton headscarves, commonly called "yazma" in Turkish. In those years, transparent face veils and capes were two other components of outdoor dressing. As Behmoaras said: "It is better to consider that the destiny of women inevitably changes with respect to the region they live in; the women in the same territory differ from each other based on their social environment and geographical location."

After the nationalist rise of the Young Turks in the early 20th century, postcards began to display Turkish women holding national flags. Peltre associates this change with constitutional reforms and the use of visual language to contribute to national identity. Following the declaration of the Republic, postcards documented the modernization process with women actively engaged in education and professional life. This exotic visual feast demonstrates the disappearance of multi-ethnicity and how political reforms influenced the lives and development of women. Open since March 7, the exhibition was prepared by Anne Bradel, Ece Sutra and Zeynep Tanrısever. It will run until May 25.
Last Update: Apr 13, 2015 11:23 am
RELATED TOPICS