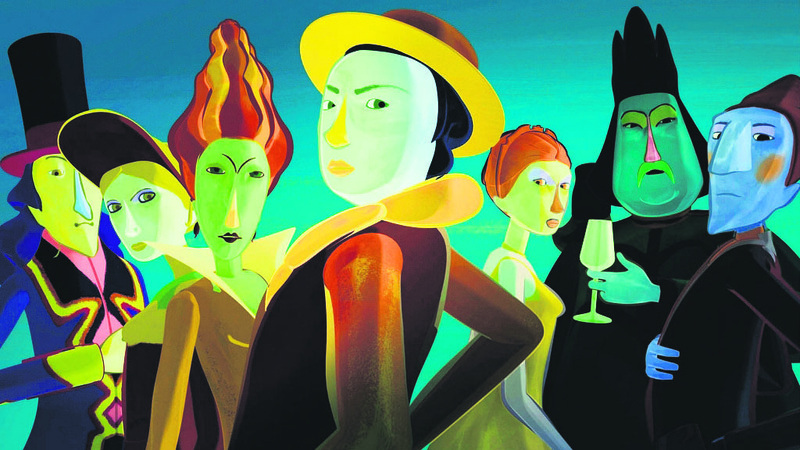 Istanbul Modern will present a cinema program in parallel with famous Turkish painter Mehmet Güleryüz's exhibition. The films concentrate on the passions, fears, and inner worlds of eminent painters

The Istanbul Modern Cinema will be presenting a film program along with an exhibition titled "Painter and Painting: A Mehmet Güleryüz Retrospective" between April 23 and May 3. The films in the program examine the relationship between painter and painting, the inner worlds and private lives of painters who have left their marks throughout history and present various elements of painting such as artistic references and sales practices. The films also reflect the passions and fears of painters and their period's relation with art. The film selection includes Mike Leigh's "Mr. Turner," with which Timothy Spall won the Best Actor Award at the Cannes Film Festival last year. "Mr. Turner" narrates a part of J. M. W. Turner's life, who is one of the pioneers of impressionism. The event will also screen "Big Eyes" directed by acclaimed director Tim Burton, which is about the American painter Margaret Keane's power struggle with her husband. Keane is renowned for painting children with distinctive big eyes during the 1950s. The film brought Amy Adams the Golden Globe award for best actress. "The Painting" (Le Tableau) also stands out among other films in the selection, which is a French animated film that takes place in the world of an unfinished canvas.

"Painter and Painting" will also present "Woman in Gold," which was inspired by Gustav Klimt's "The Portrait of Adele Bloch-Bauer I" and premiered at the 65th Berlin International Film Festival this year; "Renoir," directed by Gilles Bourdos, which narrates Piere-Auguste Renoir's relationship with his model Andree Heuschling during the late years of his life; "Van Gogh," directed by Maurice Pialat and depicting the last 67 days of Van Gogh's life - which won the Jacques Dutronc award for best actor at the 17th Cesar Awards; "Andrei Rublev," directed by Andrei Tarkovsky, which explores the life of the 15th-century medieval painter Andrei Rublev; "The Mill and the Cross," inspired by a work of Renaissance painter Pieter Bruegel; "Picasso's Gang," directed by Fernando Colomo, which was inspired by the most famous theft in art history; and a documentary titled "Fifi Howls from Happiness," which reflects the last days of the painter Bahman Mohasses who is known as the "Persian Picasso."

Known as "Persian Picasso," Bahman Mohasses final days are revealed in this documentary. The film sheds light on the struggles of two artists as they commission Mohasses to do one last painting. The audience hears many of the painter's stories and secrets in his own words throughout the documentary. The film, which takes its name the artist's favorite painting that he never parted with, was shot right before the death of the provocative painter. 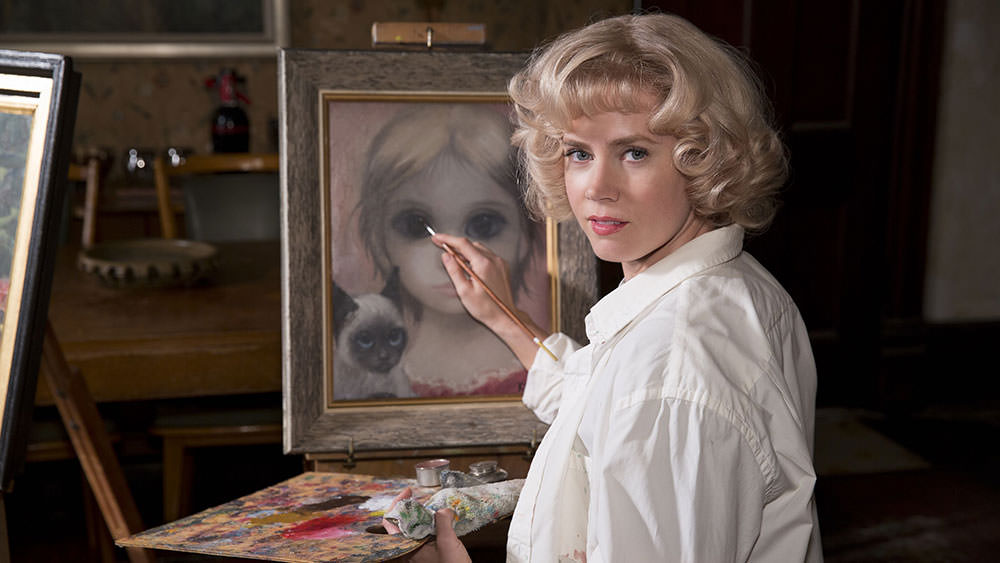 Walter Keane addresses a wide audience by selling his wife Margaret's original paintings of children with big eyes as if he painted them in the name of a sales strategy. Thanks to his persuasiveness and marketing talents, Keane enjoys great wealth and the popularity of the paintings continues to increase. Margaret, who never signs her paintings, tries her best to reveal his fraud while struggling with the oppression of her husband. The film is based on the true story of one of the biggest frauds of the 1960s, and depicts the difficulties of being a woman in the art world of that era. The film brought Amy Adams the Golden Globe for best actress. 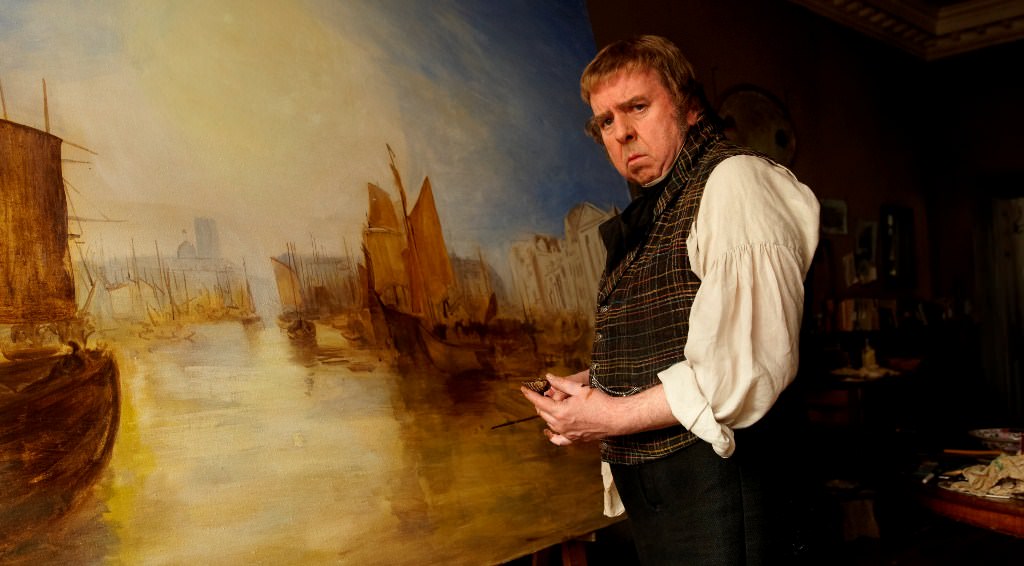 In his latest film, Mike Leigh showcases the last 25 years of English artist J. M. W. Turner, one of the pioneers of Impressionism in the 19th century. The film focuses on the artist's production process and narrates Turner's bewildering relationships with his father, the mother of his children and the housekeeper. It also presents a panorama of the changes in the economy, lifestyle and culture of London during that period. The role of Turner is played by Timothy Spall, who won the Best Actor Award at Cannes last year. The film was also nominated in four categories at the Academy Awards. 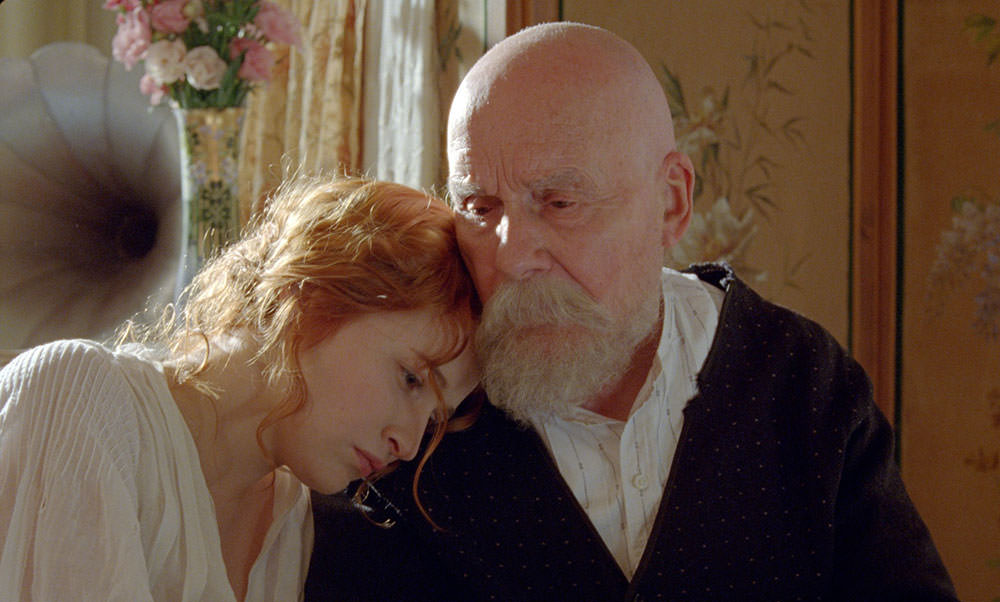 Set in Cote d'Azur in 1915, Jean Renoir, the son of Impressionist painter Pierre-Auguste Renoir, returns severely wounded from World War I. Known for bringing out the emotions of women in his paintings, the painter is still tormented by the loss of his wife. A young and vivacious woman who comes out of nowhere will become a muse for both the artist and his son, helping them to get back to reality. The film, which is about the relationship between Pierre-Auguste Renoir in his last years and Andree Heuschling, his last model, received four nominations at the 39th Cesar Awards. 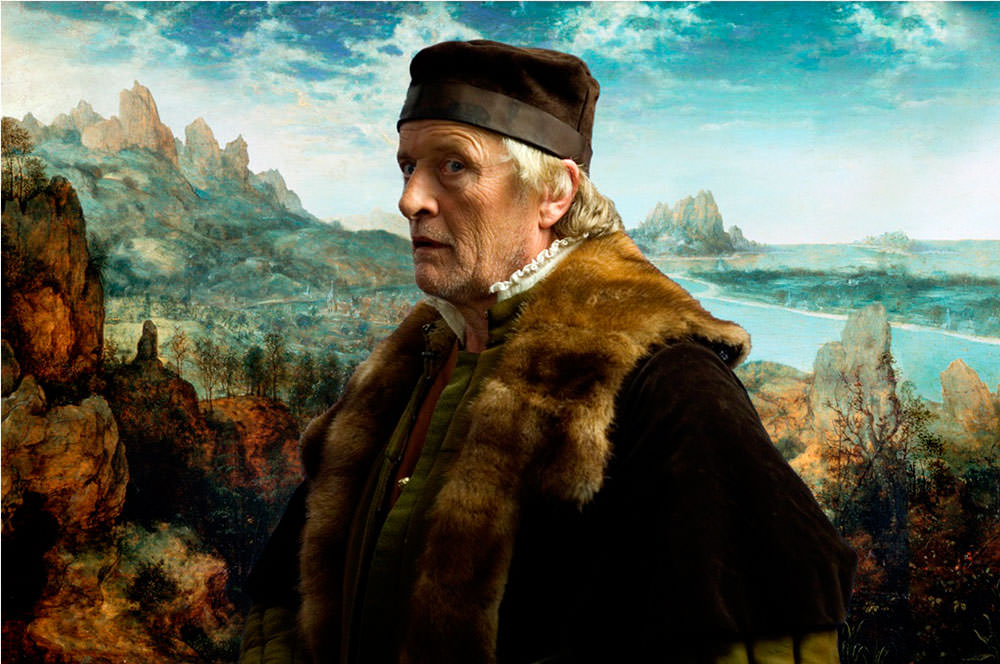 The film was inspired by Renaissance painter Pieter Bruegel's 1564 painting "The Procession to Calvary," which depicts Jesus Christ carrying the cross in a Flemish landscape. Premiering at the Sundance Film Festival in 2011, "The Mill and the Cross" features sketches about the situations of 500 painted characters, and takes place inside the painting's unusual world. 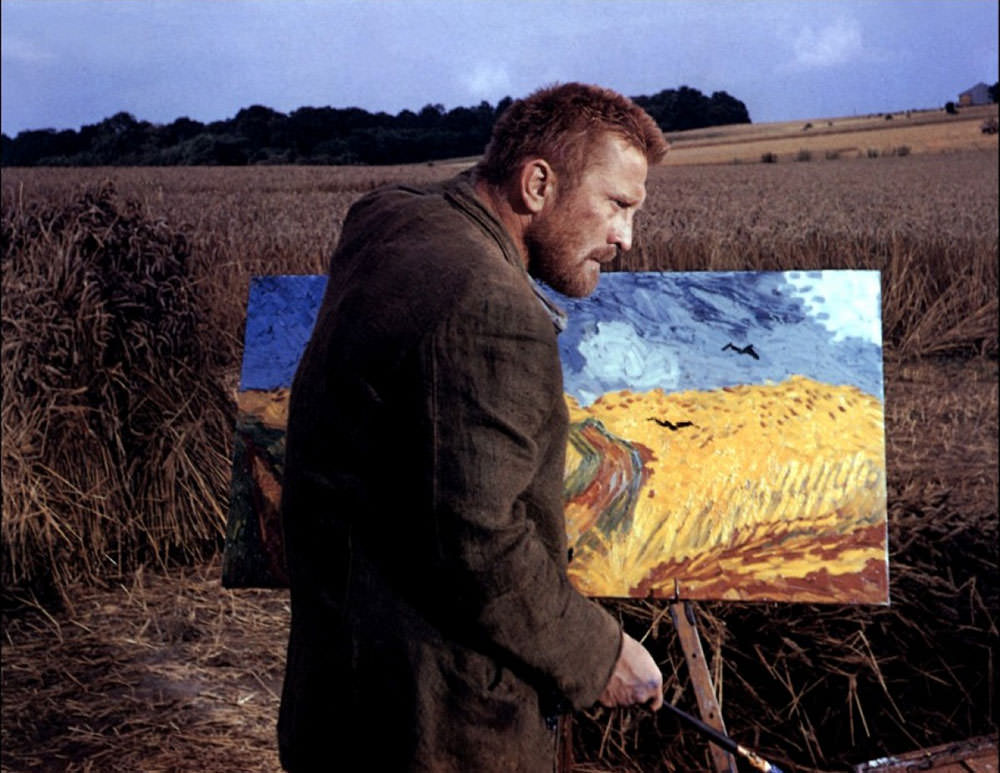 Director Maurice Pialat focuses on the last 67 days of famous painter Van Gogh. He explores the painter's relationship with his brother Theo, his physician Paul Gachet - the subject of "The Portrait of Dr. Gachet," one of the painter's most famous works - and Gachet's daughter, Marguerite. The film reveals the psychological mood swings of Van Gogh and the changing social dynamic of the period. Dutronc, who played Van Gogh, won the Best Actor Award at the 17th Cesar Awards for his performance.

Portraying the life of Andrei Rublev, a 15th century painter, Tarkovsky's film depicts medieval Russia. The film centers on the effects of religion, an oppressive regime and political struggles on artists, and criticizes Russia of the period through an historical character. Filmed in 1969 and granted the FIPRESCI prize at the Cannes Film Festival, "Andrei Rublev" was censored by the Soviet Union, but was able to be shown in 1971.

In 1911, a number of Iberian sculptures as well as the "Mona Lisa," the famous painting by prominent Renaissance artist Leonardo Da Vinci, were mysteriously stolen from the Louvre Museum in Paris. While the officials arrested Pablo Picasso and his poet friend Apollinaire and accused them of committing the crime, the rumor about a gang that would raid all the museums in France causes a stir in the country. Inspired by one of the biggest art thefts in history, director Fernando Colomo's film is an entertaining period comedy portraying the bohemian life of Paris during the early 1900s.

A painter leaves his half-finished painting and mysteriously vanishes into thin air. Three different people belonging to three different classes come alive in this painting and they set out on a challenging journey to find the painter, their creator, so that he can complete the unfinished work and bring balance to their lives. This animated film, which is set between paintings and drawings, portrays the characters trying to bring balance to a universe created by a human hand. 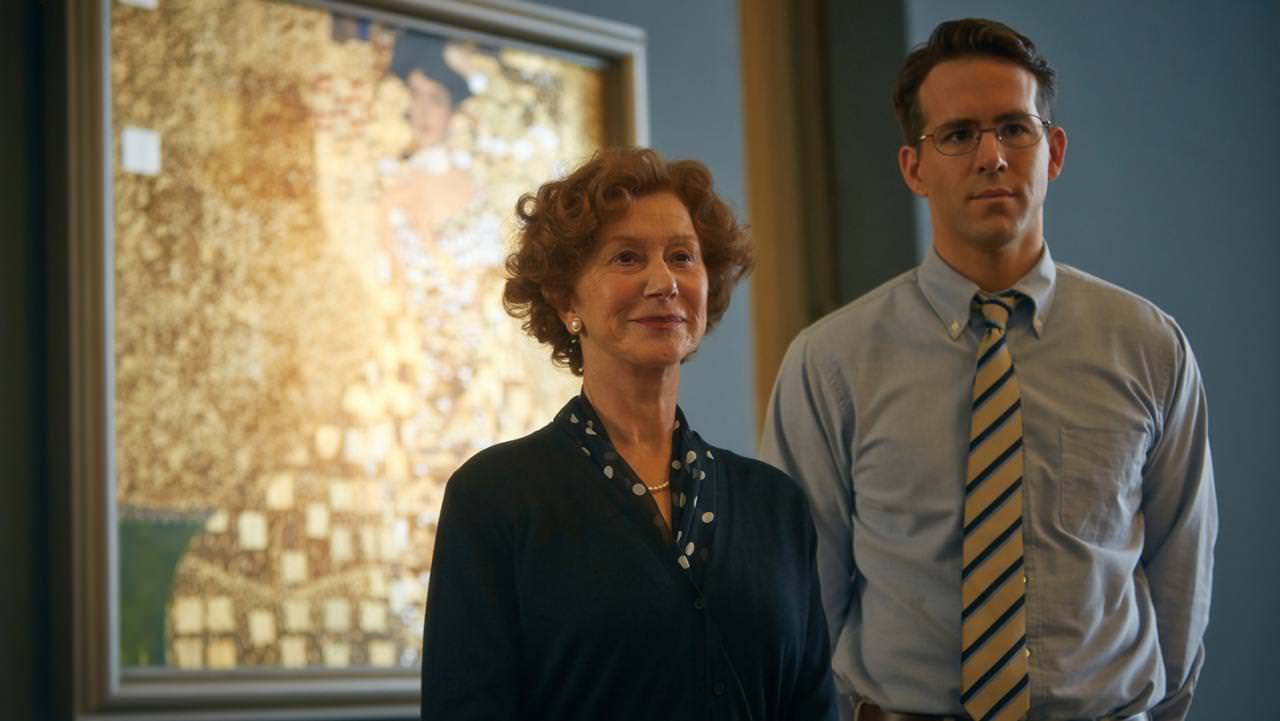 A Jewish woman, Maria Altmann, returns to Vienna - the city she had to leave during World War II - after spending 60 years as a refugee. Her aim is to reclaim a portrait of her aunt by Gustav Klimt that was seized by the Nazis. During her struggle with the Austrian government, Maria will uncover many secrets from her past and learn the truth about her family. Inspired by Klimt's "The Portrait of Adele Bloch-Bauer I," the film premiered at the 65th Berlin International Film Festival this year.