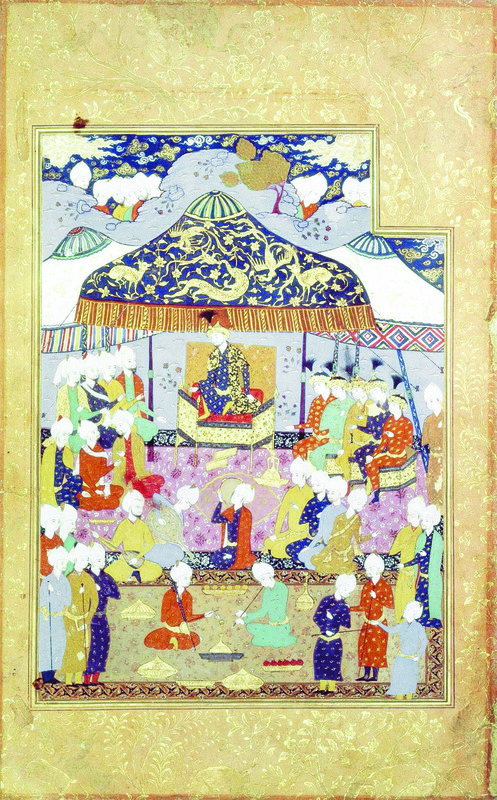 The Islamic art wing of the Louvre in Paris is under the care of expert art historian İlhan Alemdar. Having received an art history education in Greece and France, Alemdar has been working in the Louvre as part of the staff of the French Ministry of Culture for the last 25 years

The Louvre, in which nearly 35,000 artworks are displayed, welcomes approximately 40,000 visitors every day. However, in the summer, the number of daily visitors increases to 50,000. While 2,200 people from 40 different professions work in the museum, a team of 63 firefighters are waiting on standby in case of a fire. Apart from the artworks on display, the storage areas of the museum shelters 360,000 historical artifacts.

The construction of the building where the Islamic art section of the museum is located began in 2008 and finished in 2012. With the participation of French President François Hollande, the new building was re-opened in the same year. İlhan Alemdar, who is in charge of the museum's Islamic Art section, told Anadolu Agency that the new Islamic art section shelters 20,000 pieces of artworks, which features many private and corporate collections. He said, "Only a small part of this incredible collection is being exhibitied" and said that the artworks spread through 12 centuries, starting from the seventh century to the mid-19th century. "Apart from the collections in Turkey, Egypt, the Gulf countries and some Arabic countries, the collection in the Louvre is one of the most special collections in the world. The artworks mirror different techniques and styles from different geographies where Muslims ruled," he said. Moreover, the Seljuk ceramics brought from the mansion of Kayqubad in Konya, Kaşhan ceramics, tiles of Kütahya and İznik, wooden, metal and glass objects as well as examples of miniature, calligraphy and manuscripts also constitute a huge part of the collection.

Giving information about the Louvre in general, Alemdar said the exhibition venues are 70,000 square meters in total and the museum consumes the same electricity as a city with the population of 4,500 people.

The museum building features 403 chambers, 22 grand salons and galleries. The biggest gallery in the museum is 264 meters in length. The artifacts displayed at the museum date back from the ancient period to 1845. If a visitor wants to see all the artworks showcased at the Louvre, he or she has to walk for 70 kilometers and climb 10,000 steps. "Considering all these numbers," Alemdar said. "One needs days and weeks to see the museum." The foundation of the museum was laid in the 12th century, during the reign of Philip II of France as a medium-size chateau. During the reign of Charles V, the chateau was converted into a palace. The small galleries were built in the late 16th and early 17th century. During the reign of Louis XIII and Louis XIV, the courtyard of the palace was enlarged by four times its original size.

Following the construction of the Palace of Versailles, Louis XIV moved out from the Louvre in 1684 and the building was left for artists, art and scientific academies in the 18th century. In 1793, the Art Center Museum was founded in the big gallery and 660 pieces of art were showcased. The collection, which was gathered together by Napoleon with the treasures seized during his campaigns, was displayed under the name of the Museum of Napoleon in 1802. The first director of the museum was Vivant Denon (1747-1802). The museum reached its final position in the period of the Third Napoleon.
Last Update: May 05, 2015 9:16 pm
RELATED TOPICS