‘Hope' for humanity on theatre stage 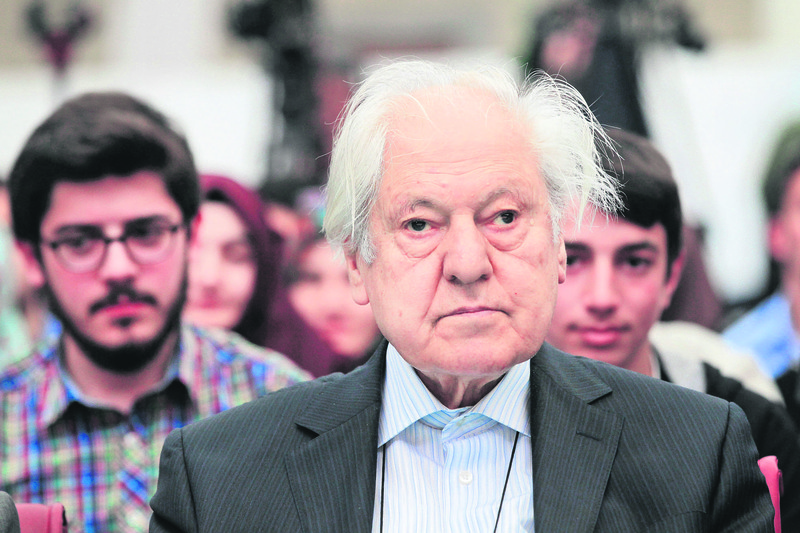 by Daily Sabah May 06, 2015 12:00 am
Written by Nuri Pakdil, known as "The Poet of Jerusalem," the play "Hope" will make its Turkish debut on the Ankara İrfan Şahinbaş Stage. During the rehearsals, director Murat Demirbaş and poet-author Pakdil made statements to Anadolu Agency. " 'Hope' will be staged decades after it was first written," said Pakdil, expressing his excitement. "I predicted that while staging the play, the director could make use of all the technical possibilities such as place, time, music, light and color. I found the rehearsal of the play splendid," the author continued. He said he met the actors playing Dear Madam and Dear Mister and found all the actors taking part in the play to be of the highest quality. "It has been a splendid day for me," added Pakdil. "I placed my confidence in the director and handed out my play. I can say that the book and the play overlap and the scenes that I imagined are all featured in the play. I congratulate the director and actors for their successes," he said. The director of the play, Demirbaş, said he was very excited when he first read the play and he continues to work with the same enthusiasm. " 'Hope' is a major piece of literature that was introduced to our drama literature by an intellectual, Nuri Pakdil," said the director, before adding the play is very hard to stage due to its poetic narrations and strong metaphors. Remarking that they spent hours at a desk in order to understand the text, Demirbaş went on, "We worked hard until we had no more question marks left in our minds about the play. We tried to capture the imagery on the stage and usedstate-of-the-art technology. We use voices, effects, music, lights, dances, cine-vision and laser to create a visual effect that will feed the poetic narration of the text." He also underscored that they used every opportunity to deepen the meaning and help people to face themselves as well as nature. Demirbaş further noted that the title of the play also bears great importance. "It was important for us to underline that people have hope despite everything and mention the contrast between city and nature. All members of our team, including me, enjoyed working with this text. I hope we will be able to tell the audience what we have done so far," the director underscored. He stated that it is "very valuable" for the team that the writer honored them by watching the rehearsals and left happy. The director also claimed that "Hope" can be played everywhere in the world as well as in Turkey due to its theme, language and universal message. Drama lovers can watch "Hope" on May 6, May 7, May 9, May 13, May 14 and May 16 at Ankara İrfan Şahinbaş Stage.
Last Update: May 06, 2015 10:42 pm
RELATED TOPICS