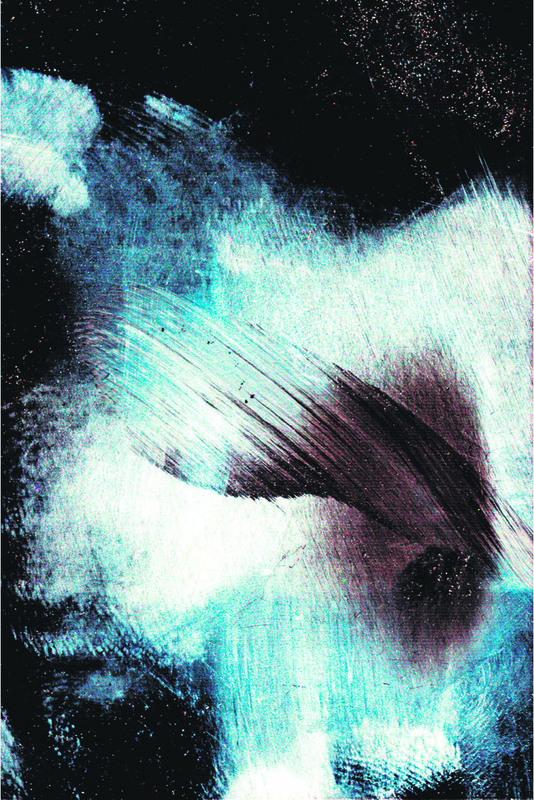 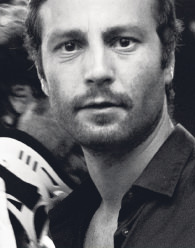 Arslan Sükan scans the surfaces of smartphones and manipulates the resulting images to isolate and enhance the fingerprints, dust and cracks that mark the screens. He separates the intimate swipes and taps of screen navigation from any digital content, enlarging the marks to form anonymous and abstract landscapes.

"Every touch leaves a trace" is the title of the first volume of Emrah Serbes's "Behzat Ç" novels about a violent police officer struggling to solve homicide cases in Ankara. It is also a good description of "While You Are Surfing," Arslan Sükan's new photography exhibition on view at ISTANBUL '74 until May 24. For this show, Sükan came up with a curious idea - he scanned touch screens of smartphones and zoomed in on different traces left on them. Although it consists only of large scale photographs - no iPads or smartphones around - this is one of the most high-tech exhibitions of the year. Entering ISTANBUL '74 Karaköy, a gallery located at one of the most beautiful Istanbul inns in Karaköy, you may be excused for thinking you are visiting a crime scene. It is as if, as part of a CSI team, you are expected to solve a crime whose scene Sükan had meticulously documented with his camera. But then you look at them again and realize how the traces on Sükan's large-scale photographs have produced abstract images resembling animals and objects - sparrows, bullet holes, fireplaces, spider webs or distant planets. A scene of crime suddenly turns into a space for art.

"These works visualize the physical trace of our subconscious life while we are surfing the virtual world," Sükan told Mert Gafuroğlu earlier this year. "I'm questioning whether our experiences with the digital world, mediated through a screen, are any less immediate or complete than our encounters with experiences in the physical world."

Born in 1973, Sükan studied interior architecture and environmental design at Bilkent University before moving to New York where he studied photography in New York's School of Visual Arts. Working as an architect, Arslan then moved to the field of fashion photography, shooting backstage at the Milan and London fashion shows. Describing himself as a conceptual photographer, Sükan has exhibited his work at the Maxxi Museum in Rome, Museum Haus Konstruktiv in Zurich, Maison des Metallos in Paris, Araart in Seoul, Five-11 and New Visionaries Tobacco Factory in New York. His photographs have been featured in numerous books, including "Hot Spot Istanbul." Published in 2013, the book was edited by Christoph Doswald and Dorothea Strauss, surveying a new generation of Turkish artists, including Sükan. "INtheVISIBLE," by Dorothea Strauss, was another book that explores Sükan's photographs.

"The physical gestures that make up our interactions with touch-screen personal devices are intensely intimate yet abstract signatures of our everyday browsing and messaging patterns," the exhibition program informs us. "In his 'While You Are Surfing' series, Arslan Sükan scans the surfaces of smartphones and manipulates the resulting images to isolate and enhance the fingerprints, dust and cracks that mark the screens. Sükan separates the intimate swipes and taps of screen navigation from any digital content, enlarging the marks to form anonymous and abstract landscapes."

When Sükan exhibited his photographs at Galerist in 2011, the title of his exhibition was "While You Are Sleeping." Sükan's photographs featured architectural elements, curious perspectives and new visual forms. For the current exhibition, which continues this theme, Sükan has used an inkjet printer to produce images that he printed on reflective metallic paper. His images are "transforming the physical world and the body of the viewer into virtual content for the image surface. But, unlike fingers on a screen, the reflections leave no physical trace on their object. With "While You Are Surfing," Sükan questions whether our experiences with the digital world, which are mediated through a screen, are any less immediate or complete than our encounters with experiences in the physical world."

Sükan's "While You Are Surfing" photographs were previously exhibited in New York's Five-11 gallery located at 511 West 27th Street, "an intimate storefront space in the heart of the Chelsea Gallery district dedicated to presenting unique, non-traditional and immersive contemporary art installations." Curated by Kathy Battista, Sükan's New York show was well-received by New Yorkers this past winter. "Arslan Sükan scans his iPhone screen to create mesmerizing art," Brooklyn-based writer Shaunacy Ferro wrote. "When magnified, the physical filth manifests itself as a set of otherworldly, abstract portraits. The cracks and dust transform into suggestions of night skies and hairy beasts, revealing the physical underpinnings of our virtual existence."

In the age of Edward Snowden's NSA surveillance revelations, the traces in Sükan's photographs are nothing if not scary. The abstract shapes provide material not only for exhibition visitors, art critics and psychiatrists, but also for data analysts working at covert surveillance centers. After all, this is how we live now, doing almost everything tapping our smartphone screens. The traces on smartphone screens tell extremely and dangerously private stories about the people who left them.
Last Update: May 08, 2015 11:25 pm
RELATED TOPICS