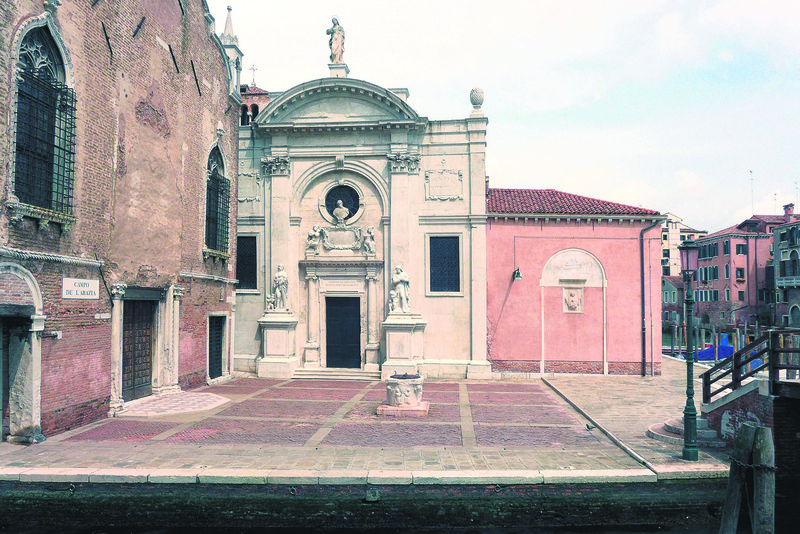 by Miraç Tapan May 08, 2015 12:00 am
Swedish artist Christoph Büchel, who is known for his works focusing on war, immigration and poverty, will present his installation "THE MOSQUE: The First Mosque in the Historic City of Venice," at the Icelandic Pavilion as a part of the 56th Venice Biennial. Curated by Nina Magnusdottir and created by Büchel in collaboration with the leaders of the Islamic communities of Iceland as well as Venice, the installation intends to temporarily convert a historic Catholic church into a mosque. Although it will not be a functioning mosque, the installation will feature the qibla wall, mihrab, the minbar and a large prayer carpet oriented in the direction of Mecca, which is juxtaposed with the Catholic architecture of the church. Throughout the biennial, the transient mosque will also serve as the Icelandic Pavilion and will offer cultural and educational programs.

The artist as well as the collaborators of this installation aim to draw attention to the fact that Venice has never had a mosque within its borders, although the city has always had a close relationship with Islamic culture through commerce. In a statement released to the press, Sverrir Agnarsson, the president of the Muslim Community of Iceland, expressed his content with the installation and said that they are proud to support the artist. He also added that "It is our hope that projects such as these will lead to flourishing activities among Muslims internationally, and to a greater, more fulfilling, peace-loving interaction between all of us in Venice, Reykjavik, and cities everywhere."

Büchel's "THE MOSQUE" will be installed at the historical Catholic church of Santa Maria della Misericordia. The church, which dates back the 10th century, was restored in 1864. Although the church - which is owned by an individual, not by the state - was used after its restoration, it has not been offering services to the Catholic community for over 40 years. The installation will open on May 9 and will continue to provide cultural and educational activities to the Muslim society in Venice, as well as everyone in Italy for seven months. For more information on the installation, the artist and the Pavilion of Iceland at the Venice Biennial, you can visit the official website www.mosque.is.
Last Update: May 08, 2015 9:58 pm
RELATED TOPICS