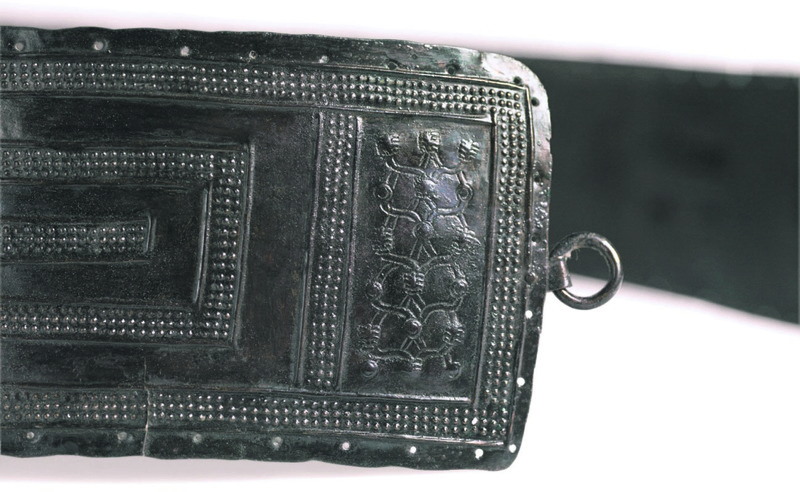 by Daily Sabah May 26, 2015 12:00 am
The Urartu belts, which are featured in the Urartu Jewelry Collection at the Rezan Has Museum, will be displayed at Europalia International Arts Festival 2015. The festival will be take place in Belgium and will host Turkey as the guest country. The two belts, one a man's belt and the other a woman's, from the Rezan Has Museum Urartu Jewelry Collection will be showcased in Belgium from Oct. 6, 2015 to Jan. 17, 2016.

This year's motto for the the festival is "Myths and Rituals," and it will feature pieces from the Topkapı Palace Museum, Turkish and Islamic Arts Museum, Istanbul Archeology Museum, Istanbul Carpet Museum, Sadberk Hanım Museum, Pera Museum and Istanbul Sea Museum in addition to the Rezan Has Museum.

The Urartu Jewelry Collection will be displayed at Kadir Has University Rezan Has Museum until July 31, 2015. The display is composed of 1,100 pieces including pins from to eighthand seventh centuries B.C, rings, earrings, bracelets, fibulas, belts and belt pieces, offering plates, armlets, neck rests, necklaces, hair pins and chest plates. The two belts that will be displayed as a part of the Europalia International Arts Festival feature religious descriptions on them. It is believed that these symbols were ornamented in order to protect their owners from evil as well as give them courage and power. Moreover, an exclusive 3-D animation of the city of Urartu is presented though an interactive screen at the Urartu Jewelry Collection Exhibition at Rezan Has Museum.
Last Update: May 26, 2015 1:01 am
RELATED TOPICS