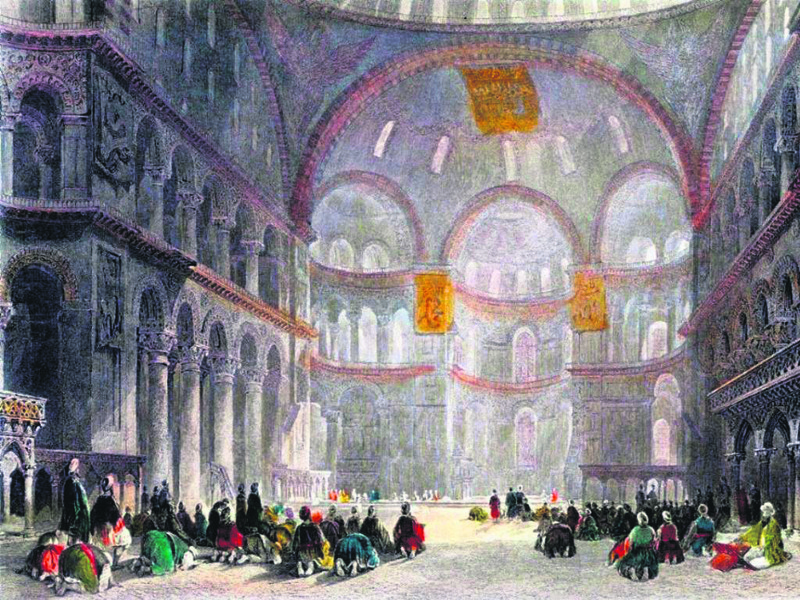 Anecdotes were given at the symposium on the education system in the 19th century and the Turkish Military Academy, one of the 19th-century educational institutions established as part of military reforms.
by Zeynep Esra İstanbullu May 27, 2015 12:00 am

In celebration of the 562nd year since the conquest of Constantinople, Istanbul 29 Mayıs University has organized a two-day conference on the social and cultural habits and values of the Ottoman people who lived in the multicultural environment of Old Istanbul 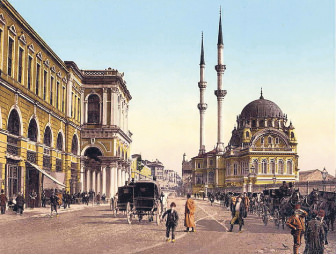 The third International Ottoman Istanbul Symposium celebrated the 562nd anniversary of the conquest of Constantinople at Istanbul 29 Mayıs University in collaboration with the Istanbul Metropolitan Municipality. Taking the floor as keynote speaker, Turkologist Hans Georg Majer Bavyera of Ludwig Maximilians University in Munich delivered a presentation titled "An Ottoman grand vizier who left his traces on Istanbul." Afterward, Zekeriya Türkmen of the Strategic Research Institute said that a travel book from 1836 referred to Ottoman territory as the world's most educated land. He gave interesting anecdotes on the education system in the 19th century while presenting his paper on the Turkish Military Academy, one of the 19th-century educational institutions established as part of military reforms. He gave details about the academy by mentioning the 1836 travel book by Julia Pardoe, which describes the panorama of Istanbul. Türkmen said Pardoe claimed in her book that the Ottoman Empire housed the highest number of readers.

Professor Feridun Emecen, the symposium chairman, claimed there is no city other than Istanbul that gathers all religions under the same roof, acts as a bridge of civilization and is situated at the center of the world. During his talk, Emecen said people know the value of Istanbul, but it is important to learn its history to give the city the recognition it deserves. "Istanbul is indeed a bridge of civilizations and an important center for the last 2,000 years where different religions meet. Therefore, there is no other city like Istanbul. In this respect, I call this symposium not an ideological, but a scientific event," he said. Emecen went on to say that Ottoman Istanbul's history was rich. "We have rich historical sources about Istanbul. There are studies on Istanbul, but there are also certain shortcomings. There is a lot more for us to do for our history. Our annual symposium will fill the current void and contribute to its history," he said. 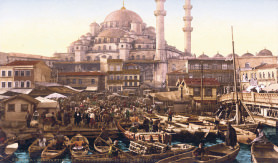 Nurçin İleri of Binghamton University delivered a presentation on crime rates in Ottoman Empire. Her presentation was titled "Reviewing criminality in late Ottoman Istanbul: Photography and criminal physiognomy." She said that in 1885, the number of police officers and the crime rate were comparable to those in Berlin, Paris and Vienna. When the number of police officers was found to be less than these cities, initiatives were taken to increase the number.

Onur Gezer of Anadolu University presented his research titled "Dark colors of Ottoman Istanbul: Marijuana addicts and coffeehouses." Gezer said recreational drug use is a modern term that includes psychoactive substances influencing the central nervous system and brain while altering the state of consciousness. Gezer said the use of drugs has a long history and has become a social problem. "This problem was seen in the Ottoman Empire and continues to influence modern Turkey today. The activities of certain nongovernmental organizations like the Turkish Green Crescent Society have a long history," he said. The Green Crescent is an established institution whose history dates back to the "Hilal-i Ahdar" (Green Crescent) institution in the late Ottoman period, Gezer said. 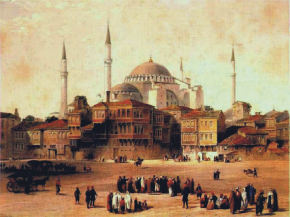 Cengiz Yolcu of the Department of History at Istanbul 29 Mart University said Istanbul had been known as the "City of tsars" until recently. Yolcu said Bulgaria's tsars and tsarinas often visited Istanbul and said there are three main reasons behind their visits, although they are not certain. He said the main goal for the visits might have been to establish diplomatic ties with the Ottoman Empire.

Orlin Sabev of the Bulgarian Academy of Sciences offered information on Bulgarians who studied in Istanbul and said Robert College was home to the most Bulgarian students in Istanbul. He said statistics show there were 700 Bulgarian students at the college and 300 of them were girls. Sabev showed exclusive documents from the Bulgarian State Archives as evidence and said the Ottoman Empire supported the educational lives of the Bulgarian students by offering them scholarships. The first day of the symposium focused on the lesser-known parts of Ottoman Istanbul's history through research presentations. More details about the event is available at the official website osmanliistanbulu.org/tr.
RELATED TOPICS