Inspiring success of an Anatolian museum 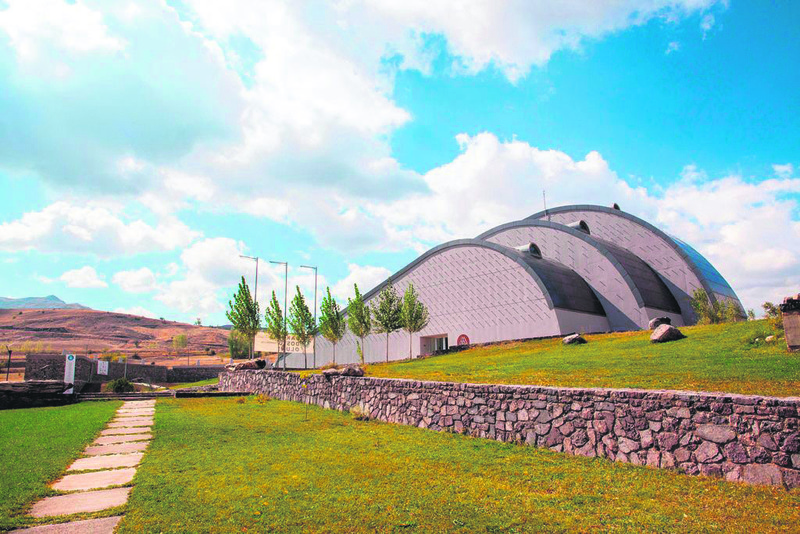 by Anadolu Agency
Jun 01, 2015 12:00 am
Situated 45 kilometers away from Bayburt's Bayraktar village - formerly called Baksı, the Baksı Museum is preparing for the upcoming tourism season with international events.

Professor Hüsamettin Koçan, the founder of the museum and the Baksı Culture and Arts Foundation, told Anadolu Agency that the International Community of Museums (ICOM) will hold a workshop at the museum from July 23 to 26. The workshop, called "Regional Museums as Generators of Development," will welcome 22 museum professionals and certain ICOM representatives. "Coming from Europe and Asia, the participants will visit Bayburt and the museum. "The event is highly important for us not only for its international status, but also for evaluating possible future projects," Koçan said. He said the workshop will take place in Turkey for the first time. "It will be held here as the Baksı Museum has gained popularity after it won the Museum Award by the European Parliamentary Assembly last year," he added.

In celebration of the museum's 10th year, which was founded in 2005, a new exhibition will also be organized. A German curator will present the exhibition named "10." Koçan said the Baksı Museum gathers both traditional and contemporary art works. "The works of one of today's most important artists will be exhibited in harmony with our region's identity. This is exciting news. We will open the exhibition with concerts and other events in August," he continued.

This year, the Baksı Museum will establish a women's employment center in the village's Kaleardı neighborhood. "Extending to an area of 1,150 square-meters, the center will face the Bayburt Castle. The construction project is currently underway," Koçan said. The center will be made of traditional Bayburt stone and will receive sunlight not from its exterior wall, but directly from its central area. "The architectural design will be inspired by Kufic style and the castle's colorful tiles," he continued.

Koçan said a special place will be allocated for natural dyeing, which will contribute to the domestic cosmetic industry. "We will produce natural dye, which has a big market. A exhibition area, guest rooms and a large library will also be available," he said. Koçan went on to say that carpet weaving workshops will also be created.

The center will offer job opportunities exclusively for women. "We have very hardworking women, who have moved from villages to urban areas. We want them to go out and take part in production. If we design their work with contemporary artists and introduce them to the world market, I believe it will bring a significant financial income," he said.

Koçan further noted that natural dyeing has become a popular trend in the world. "It is also expensive. We can promote our museum in the international market if we introduce natural dyes, materials and hand-made crafts together," he added. Stressing the museum's increasing popularity, he said the museum has received requests for cultural activities this year. "We want to show visitors special designs blended with our authentic traditions. Presently, Turkey's 10 most important designers will create unique objects for the museum," Koçan continued. During the upcoming workshop, these objects will be marketed. "Our traditional designs will reach museum stores in Europe and Asia," he concluded.
Last Update: Jun 01, 2015 11:35 pm