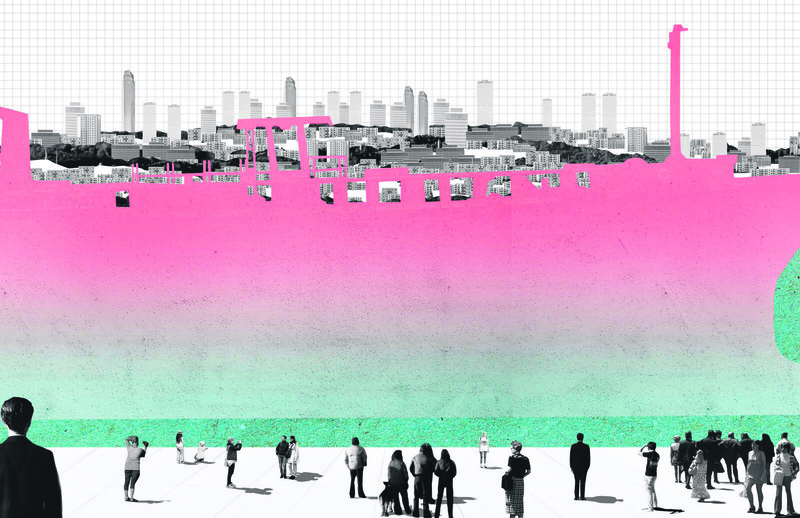 On display on the ground floor of SALT Beyoğlu this June and July, the installation ‘STRAIT' constructs a physical and imagined Bosporus as the peculiar oil pipeline it has become since the 1990s

In March 1994, a dramatic accident occurred on the Bosporus Strait in Istanbul. Nassia, a 100,000-ton tanker carrying crude oil from Russia, collided with a cargo ship at the northern exit of the strait. The cargo ship exploded and ran ashore, while Nassia immediately caught fire and spilled more than 13,000 tons of oil into the sea. The fire continued for weeks causing a devastating environmental disaster.

The accident marked a delicate moment in the history of the Bosporus Strait. After the collapse of the Soviet Union and the opening of the Caspian oil reserves in the 1990s, the Strait became one of the six busiest oil-shipping "choke points" in the world, along with the Suez Canal, the Strait of Malacca, Bab-el-Mandeb, the Strait of Hormuz and the Strait of Dover. Compared to these other routes, however, the Bosporus Strait stands unique, as it is not only one of the narrowest routes but also passes through the heart of Istanbul - a city with more than 14 million inhabitants. What complicates the matter further is the geographic form of the strait, with its sharp and narrow turns, making it one of the riskiest and most difficult channels to navigate in the world.

Recalling German sociologist Ulrich Beck's claim that "even the most ... moderate objectivist account of risk ... involves hidden politics, ethics and morality," contemporary concerns regarding the transit of colossal oil tankers through this navigational route have been exacerbated by the controversies surrounding transnational energy pipelines and various other large-scale infrastructural and urban transformation projects in Istanbul. The installation brings this theoretical framework to the architectural and public imagination by manifesting the Bosporus Strait through the tangible experience of an installation object. It introduces the idea of the geographic object, in this instance, an extrusion of the strait's shorelines without articulating its actual topography. By rendering the Bosporus as a constricted experiential condition, the project positions geographic scale as an architectural problem. STRAIT amplifies the interplay between architectural and geographic scales by re-constructing the shorelines of the Bosporus through local crown molding (kartonpiyer) profiles - an ornamentation technique typically applied to the corners of ceilings. In addition to the installation, STRAIT is rooted in a geographic fiction illustrated through a series of drawings presented in the form of a silent film. While this story tells of a colossal oil tanker becoming stuck in the Bosporus Strait, STRAIT itself becomes one of the characters in the film.
Last Update: Jun 02, 2015 11:33 pm
RELATED TOPICS