Journey to the center of the east 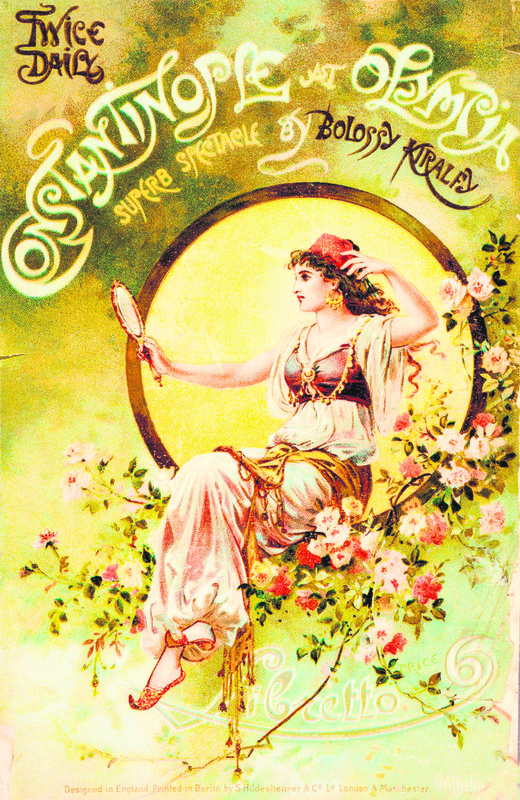 Istanbul Research Institute's newest exhibition, "Journey to the Center of the East, 1850-1950: 100 Years of Travelers in Istanbul from the Pierre de Gigord Collection," opened on June 4 and will remain on display at the Suna and İnan Kıraç Foundation Istanbul Research Institute's exhibition venue until Oct. 17. The exhibition tells the stories of Istanbul-centered travels to the Near East starting from the 19th century.

Co-curated by Ekrem Işın and Catherine Pinguet, the exhibition focuses on the cultural change of mass tourism and travels between 1850 and 1950. As a part of the display, nearly 160 pieces, including photographs, postcards, posters, advertisements, booklets, restaurant menus and various objects, form the showcased collection of Pierre de Gigord - one of the world's leading collectors of Ottoman-era photographs and ephemera. Gigord's collection, which consists of visual objects reflecting the cultural and urban life of Ottoman Istanbul in particular, offers scenes from the Ottoman Empire's latest and the Turkish Republic's earliest periods. Işın said the concept emerged in 19th century Europe after the dawn of the Industrial Revolution. "From the late 18th century to the mid-19th century, the Near East was the focus point of archaeologists, linguists, architects, religious groups, geographers and botanists. There was a common discourse that these journeys, which aimed to access information by discovering the origins of civilizations, made people free," Işın said. He added that after the Crimean War, the expedition-oriented research, which was maintained until the 1850s, was replaced by travel-group language that focused on Near Eastern culture. By then, the information-gathering and intrepid travelers morphed into a kind of tourist that rapidly explored the region.

The exhibition can be visited at the Istanbul Research Institute in Beyoğlu's historic Tepebaşı neighborhood from 10:00 a.m. to 7:00 p.m. Monday through Saturday.
Last Update: Jun 06, 2015 1:59 am
RELATED TOPICS