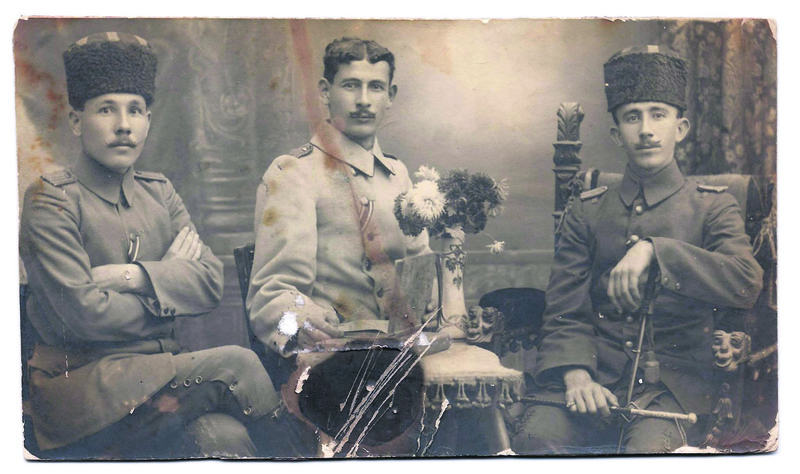 Scheduled to open its doors next year, the Palestinian Museum is contributing to a cultural revival among the public by establishing a visual archive witnessing different time periods and historical incidents

Palestine, the war-torn country so often referenced in print and social media with gloomy photographs of weapons and the faces of impoverished children, unveils its photographic treasures hidden away in many homes under the slogan "Your Pictures, Your Memories, Our History." It might be either a graduation photograph from the Friends School in Ramallah or a mother posing for the camera with a picture of her martyred son. The Family Album Project initiated by the Palestinian Museum, which will open its doors next year, represents the country's forgotten side of life and society.

In the last few months, the project team has documented around 3,500 family photographs and conducted over 60 interviews in Jerusalem, Ramallah, Al-Bireh, Bethlehem, Jenin and Gaza. Aiming to expand the project across historic Palestine and the Gaza Strip, the research team scans all collected photos and stores them in a digital archive. The interviews help the team to contextualize images before they are recorded.

Taken from private albums, the old photographs show family scenes, Palestinian freedom fighters, schools, sports teams and ordinary people from different time periods. Among them, Janet Mikhail's family album sheds light on Palestinian women in the late 1920s like the one showing a teacher training a college scouts group from Jerusalem. Other album photos of female tennis players and performing student girls are indeed a concrete example of a socially-developed lifestyle in a region shattered by long-continued Israeli bombardment. Another photo from Jamal Yousef Bek Ali's family album portrays a contended woman picking grapes from a tree.

Jack Persekian, the Palestinian Museum director, whose press statement appeared in the Arab Studies Institute's online magazine, said: "The photographs taken by so many Palestinians constitute a hugely valuable archive that must be preserved and protected, especially given the fact that so much of the Palestinian archive has already been lost over the years." Persekian added that the museum will provide a rich new source for researchers and interested citizens, which might be the starting point for various future projects. He called upon Palestinians to begin archiving their own photos themselves as a means of helping protect a national identity that is constantly under threat.

Alongside cheerful scenes of families and children, viewers recall other historic incidents such as the Battle of Jerusalem while looking at a photo showing British troops entering the Jaffa Gate in 1917. Last month, the project team also published a special selection of photos marking the 67th anniversary of Nakba - the catastrophic event that led to the displacement and dispossession of over half of the Palestinian population in 1948. Among the collected photos, the oldest one reportedly dates back to the late 1880s.

Targeting families both in Palestine and the diaspora, the visual archive will be accessible to public via an online platform in upcoming months.

Dedicated to protect Palestinian history, the country's new museum, a project initiated by the nonprofit Welfare Association, is being constructed among the hills and terraces of Birzeit, 25 kilometers north of Ramallah. Early in May, it became a member of the International Council of Museums (ICOM), a worldwide network of 30,000 museums. The new establishment will be a museum without borders and that will resists ghettoization and fragmentation of the Palestinian people with local, regional and international partnerships. The Welfare Association first decided to build a modern historical museum in Palestine seven years ago. As stated on its website, the museum's principal purpose is to provide "a mobilizing institution, able to act as an agent of empowerment for the Palestinian people." According to the international relations website Al-Monitor, there are presently 51 museums across the country including the West Bank, Gaza Strip and the 1948 territories. Seven of them are still under construction while another three are under restoration and one was shut down due to the Israeli attacks.
Last Update: Jun 08, 2015 1:30 am
RELATED TOPICS