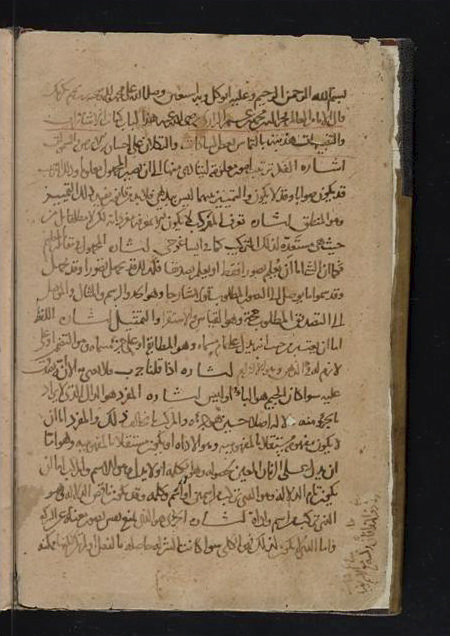 by Hasan Ay Jun 25, 2015 12:00 am
Stolen from the Konya Yusuf Agha Library 15 years ago, two Arabic manuscripts - one of which is 805 years old and the other is 742 - were brought back from Pennsylvania University to Turkey. On April 5, 2000, a handover commission found out that two books were changed with the two precious manuscripts while checking the library items upon the retirement petition of a library officer. Following a count, 111 manuscripts were found missing. The Ministry of Culture and Tourism initiated an investigation and the missing works were announced in the Interpol Stolen Works of Art Database in the same year. After 15 years, two of them, respectively named "Lubab el İşaret ve't-Tenhibat" (Record no. 5544) and "Miftahu'l Ulum" (Record no. 5545) were found in Pennsylvania University's Schoenberg collection.

Necessary procedures commenced to return the historic manuscripts. The ministry negotiated with the university and last week the items were placed under protection at the Ankara Ethnography Museum. Dating between 1209 and 1210, "Lubab el İşaret ve't-Tenbihat" is a book by Fahreddin el-Razi on philosophy and kalam, while "Miftahu'l Ulum" by Ebu Ya'kub Sekkaki focuses on Arabic grammar. The latter dates between 1272 and 1273.
Last Update: Jun 25, 2015 10:56 pm
RELATED TOPICS