Shoes: A long-obsessed over source of pleasure and pain 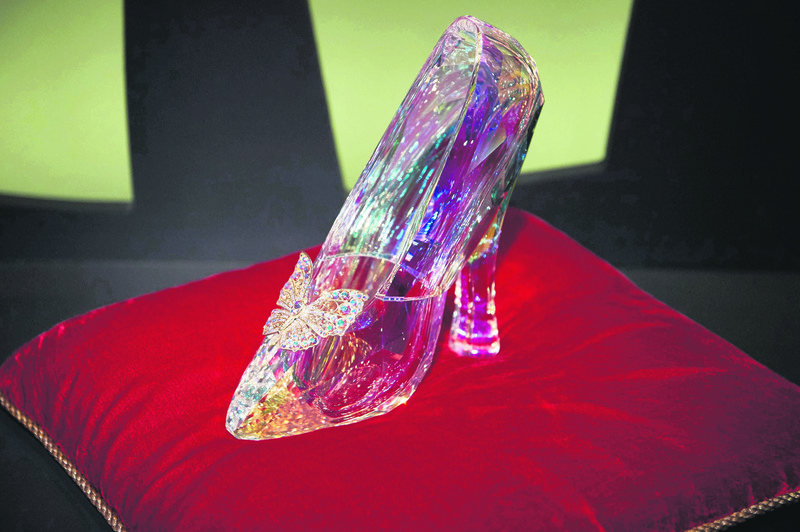 Showcasing more than 250 dazzling pairs of shoes, London's Victoria and Albert Museum digs into the extremes of footwear and the latest technologies while considering its historical significance over the centuries at its latest show ‘Shoes: Pleasure and Pain'

There might be a psychological reason behind mankind's long obsession with footwear; social status and power have been symbolized in footwear for centuries. At its latest show, which opened on June 13 and runs until January next year, the Victoria and Albert Museum (V&A) in London looks at why shoes have become a source of pleasure and pain for human beings, at least a large portion of them. The exhibition "Shoes: Pleasure and Pain" investigates this question with more than 250 pairs of shoes ranging from ancient Egyptian sandals in pure gold leaf to the eye-catching designs of contemporary shoemakers with 3D printing.

Examining the historical development of footwear in three main themes - status, transformation and enticement - the exhibition brings examples from famous shoe wearers and collectors. While looking at the red heels of Louis XIV, moccasins worn by the Native American Iroquois elite and "Pompadour," the court shoes worn by trend-setting French women in the 18th century, viewers easily find out how impractical but extravagantly decorated shoes can make a clear statement. The designs by Alexander McQueen, Sophia Webster and Vivienne Westwood on the other hand show how well-known names of the fashion industry have become the key to high social identity in public. In other words, if you wear a pair of shoes from Christian Louboutins or Jimmy Choo, it can - although unnecessarily - be an indicator of your status, or more properly your income.

When it comes to the creation process, shoe designers fuse art with technological innovation and craftsmanship. The transformation section demonstrates how shoes passed down from one generation to another inspire today's industry. "It explores the concept of shoes being empowering, as passed down through folklore, illustrated by the Seven League Boots from the 'Hop o' My Thumb' tale, and how this feeds into contemporary marketing for such things as football boots, and the concept of modern-day, fairy-tale shoemakers, whose designs will magically transform the life of the wearer," says the museum in a press release. The last section displaying high Japanese geta, extreme heels and tight-laced leather boots is an expression of sexual empowerment.

"Shoes are one of the most telling aspects of dress. Beautiful, sculptural objects, they are also powerful indicators of gender, status, identity, taste and even sexual preference. Our choice in shoes can help project an image of who we want to be," said Helen Persson, the exhibition curator in her press statement. Specialized in textiles and dress in the Asian department of the V&A, she also told Reuters that "Shoes have such a cultural importance throughout history and in nearly all cultures because they do signify the status of the wearer," adding "The more uncomfortable and impractical the shoe, the higher the status of the wearer, the more wealthy or a really big desire to belong to that sort of exclusive group."

Reminiscent of a laboratory, the next floor spotlights on innovative shoe designs along with designer sketches, materials, embellishment and shoe lasts like those created for Princess Diana. Spanning on two floors, the exhibition also brings footwear by well-known names including Marilyn Monroe, Queen Victoria, Lady Gaga, Sarah Jessica Parker, Kylie Minogue and the Hon Daphne Guinnes. Ballet slippers worn by Moira Shearer in the 1948 film "The Red Shoes," Cinderella's glass slipper, Lotus shoes made for bound feet in the 19th century and chopines popularly worn in Venice back in the 17th century are the show's most delightful designs. For real shoe obsessives, footwear designs by famous names like Manolo Blahnik, Prade, Louboutin and Choo are on display.
Last Update: Jul 05, 2015 8:32 pm
RELATED TOPICS