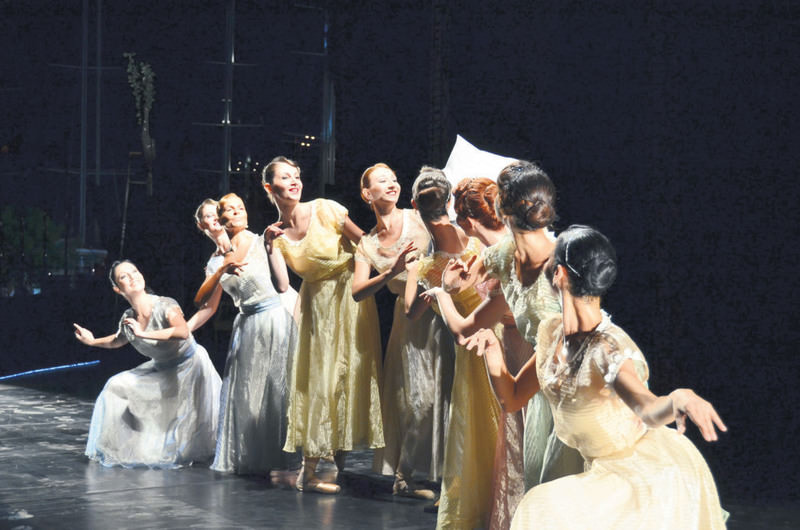 A scene from last year's Bodrum International Ballet Festival during which featured an exclusive selection of ballet performances as well as debut shows.
by Anadolu Agency Jul 10, 2015 12:00 am

The 13th annual International Bodrum Ballet Festival, which will be organized by the General Directorate of State Opera and Ballet (DOB), will take place between July 18 and Aug. 1 in the historical atmosphere of Bodrum Castle. Art lovers will enjoy an exclusive selection of ballet performances as well as debut shows throughout this 16-day event in Muğla's Bodrum district. According to the statement released by DOB, the event will be supported by the Muğla Metropolitan Municipality and Bodrum Municipality.

Igor Stravinsky's ballet "The Firebird," choreographed by Volkan Ersoy and Armağan Davran, along with Stravinsky's ballet "The Rite of Spring," choreogrpaphed by Mehmet Balkan, will be staged by the İzmir and Antalya State Opera and Ballet on July 18. On the same day, the Mersin State Opera and Ballet will perform "Bolero" by Maurice Ravel at Bodrum Castle with the choreography designed by Uğur Seyrek.

The festival program will continue with Istanbul State Opera and Ballet's production of "Rainbow," which is composed of three different sections named "Contras," "Just One of Those Things" and "Troy Game." The ballet's choreography was undertaken by Young Soon Hue, Christopher D'Amboise and Robert North, who arranged the ballet to the compositions of musicians J. Adams, A. Noto, R. Sakamoto, Irving Berlin, Cole Porter, Batacuda and Bob Downes. It will be staged at Bodrum Castle for art lovers on July 21. On July 24 and 25, ballet enthusiasts in Bodrum will enjoy the Russian State Ballet of Siberia's Krasnoyarsk Theater performance of Roland Petit's "Carmen" with choreography by Sergey Bobrov.

Inspired by the immortal English playwright and poet William Shakespeare's renowned play "Hamlet," "The Ballet of Hamlet" will be performed by Ankara State Opera and Ballet with compositions by Revaz Gabichvadze on July 28. The ballet is directed and choreographed by Nugzar Magalashvili and Medeia Magalashvili.

The festival will close with a dance performance by Spanish dance company Los Vivancos. Comprising seven siblings who began playing musical instruments even before they learned how to read and write, Los Vivancos will bring flamenco fire to the stage with their exclusive performance "Best of Los Vivancos" and fire up the audience on July 31 and Aug. 1.

The performances will begin at 9:45 p.m. every day. The tickets will be available on Biletiva, other ticket selling points and on the official webpage of the festival (http://www.bodrumballetfestival.gov.tr.)
Last Update: Jul 10, 2015 9:13 pm
RELATED TOPICS