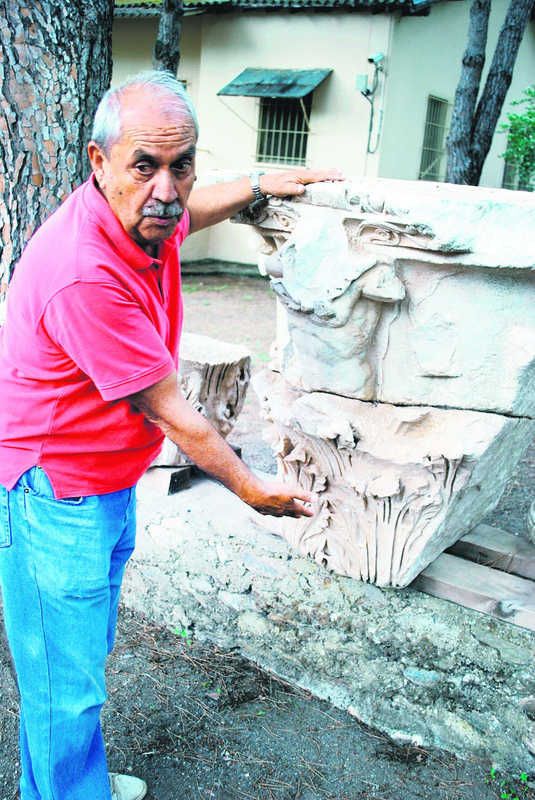 by Daily Sabah Jul 20, 2015 12:00 am
A Lydian house identical to those built 2,700 years ago is being built in Manisa, where the capital of the ancient Lydian civilization, Sardis, was located. A Lydian house is being built in the Salihli district of Manisa where 2,700 years ago, the city of Sardis, the capital of the ancient Lydian civilization, was located. The house is designed in compliance with the features of a typical Lydian house. Sart-American Excavation Committee Turkey Responsible,Teoman Yalçınkaya, said that the house was a project of Professor Greenewalt, who was the head of the Excavation Committee at the ancient city of Sardis until 2012, and who passed away three years ago. Excavations began in 1854. In 1958, the work was scientifically intensified, and has continued ever since. Until today, only 3 percent of the whole ancient city has been brought to light. The city includes an acropolis, a gymnasium, a bathhouse, royal graves and many other artifacts. Moreover, one of the seven churches mentioned in the bible is located in Sardis.

According to Yalçınkaya, the Lydian House is based on data gathered via the excavation of the ancient city, and is being built as a model of a real Lydian house. The house is located in the Upper Sart excavation area, next to the Temple of Artemis, and consists of a single room and a garden, which contains all the plants that were used by the ancient Lydians. Yalçınkaya noted that everything in the Lydian House and its garden was also present in the area 2,700 years ago. The gravestone of Professor Greenewalt is in the garden of the Lydian House. Yalçınkaya said: "Greenewalt designed his own gravestone, and when he passed away, his sister sent a copy of that gravestone to be erected in the garden with a ceremony that all his family attended. Thirty people from the U.S. attended the ceremony."
Last Update: Jul 20, 2015 11:12 pm
RELATED TOPICS