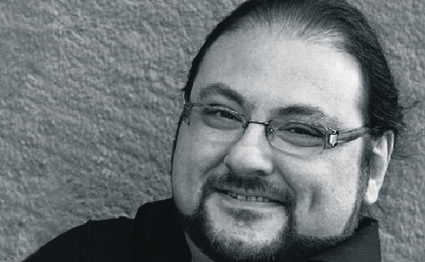 by Daily Sabah Jul 20, 2015 12:00 am
Kevork Tavityan has been appointed as the new head of the Istanbul State Opera and Ballet. He is the first Armenian head of the institution. Previously working as the conductor of the opera choir, Tavityan has been appointed to replace Şamil Gökberk, who retired due to the age limit. Speaking to Armenian-Turkish weekly newspaper Agos, Tavityan said: "I am proud and happy to take this important position."

Born in Istanbul in 1968, Tavityan studied at the Mimar Sinan University State Conservatory and gained his bachelor's degree in 1993 and master's degree in 1996. He worked as a conductor in children's and polyphonic choirs. His opera career started in the 1995-1996 season. Tavityan performed at the Istanbul Metropolitan Municipality's Cemal Reşit Rey Concert Hall Opera. In 1998 he participated in the Istanbul State Opera and Ballet as a soloist after an assessment. In addition to his roles in different operas, Tavityan also has a wide Lieder and oratorio repertoire. He attended the 23rd Istanbul and 12nd Izmir International Music Festivals as well as International Aspendos and Side Festivals. Tavityan, who has focused on his conducting studies in recent years, attended the I mille colori dell'arte festival in Salerno, Italy, and conducted an orchestra in front of a 6,000-person audience during the gala concert of the 2010 European Capital of Culture in Essen, Germany. Since 2008 he has undertaken the role of conductor for the Istanbul State Opera and Ballet's Opera Chamber Choir, Acappella Group 34 Choir and Sabancı University's Classical Music Choir.

Recently, he conducted "Requiem" by Gabriel Faure, the choir section of the opera of "Yusuf and Züleyha" and the chorale section of Beethoven's 9th Symphony. Apart from his careers as a soloist and conductor, Tavityan also gives singing lessons at the conser vatories at Mimar Sinan Fine Arts University and Haliç University. He has performed many concerts both as a soloist and conductor in Paris, Munich, Montreal, Plovdiv, Hannover, Essen, Salerno, Bucharest, Beijing and Shanghai.
Last Update: Jul 20, 2015 9:03 pm
RELATED TOPICS