Images of Qajar women in 19th century Iran on display 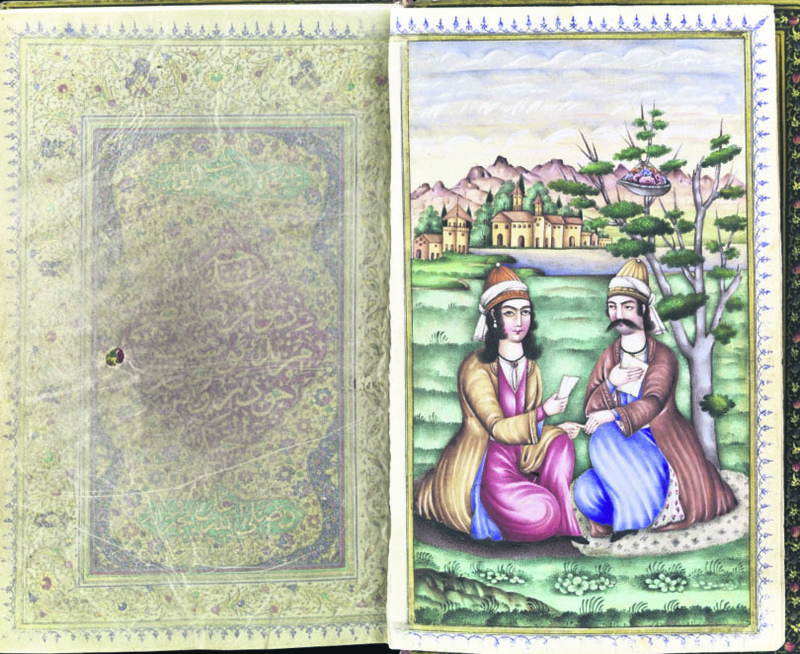 From the photography of Kaveh Golestan to hipster efforts to revive the ‘abrou-ye peyvasteh' (monobrow), the Persian Empire's Qajar dynasty from 1779 to 1925 continues to have an impact on visual and popular culture

It is not surprising that Qatar's Museum of Islamic Art (MIA) has chosen the period of Persia's Qajar dynasty (1779-1925) for its first-ever art exhibition focused solely on art from the Persephone world. The exhibit titled "Qajar Women: Images of Women in 19thCentury Iran" opened in April and will be on display through June 11, 2016. In another first "Qajar Women" is also the first art show at the MIA to feature two co-curators: Mounia Chekhab-Abudaya and Nur Sobers-Khan, the latter of whom is the museum's curator for Turkey and the Ottoman Empire at MIA. Their exhibition is focuses on five themes: Notions of beauty; images of women in Qajar art; daily life; women, power and refinement; and women as symbols in art. To explain these themes, the curators will also hold a lecture titled "Beauty and Moustaches in Qajar Art" in May 2015.

The exhibitions tight focus is a rarity for the Qatar museum. Exhibitions at MIA tend to be broadly focused; for example, a concurrent show "Marvelous Creatures: Animal Fables in Islamic Art" featured everything from ruminations on the Persian hero Rustam to paintings by Marc Chagall. Qatar's Museum of Islamic Art has a smaller collection of artwork from the Persian world when compared to museums in New York, London or even Topkapı Palace in Istanbul. Yet, under the able direction of the curators, MIA has successfully developed a very focused and informative exhibit. As Sobers-Khan explained, "We were interested in displaying some of the less well represented aspects of Islamic Art. Indeed, that is one of the goals of the museum more generally, and we wanted to do a very focused show as opposed to a more general one." The result is a revealing look at women in the Qajar period through material culture.

The exhibit features some 40 objects from the Qajar period including illuminated texts, jewelry, gilded boxes, photographs and even two short decorative coffee cups. While all of the artwork and historical artifacts are part of MIA's permanent collection, they are enhanced by 16 period photographs acquired from Harvard University and also by reproduced images from three contemporary Iranian artists: Hojat Amani, Shadi Ghadirian and Mahmood Sabzi. Photography is an important part of the exhibition, and it was Nasser al-Din Shah (1848-1896) who helped introduce photography to the country after he became the first Persian monarch to visit Europe in modern times in 1873. He would visit again in 1878 and again in 1889. 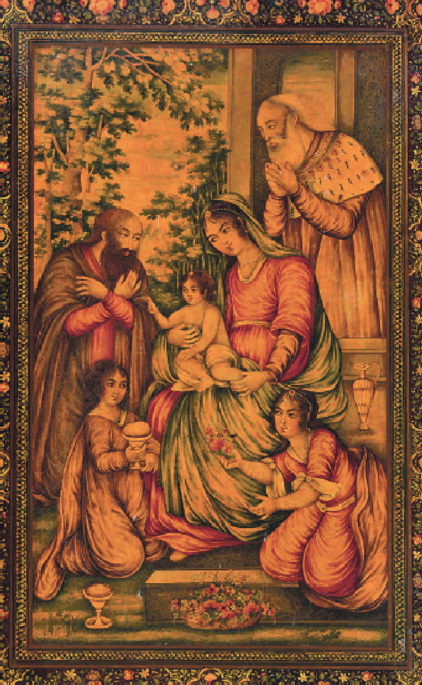 The permanent collection of the MIA already includes a substantial portion of Iranian art ranging from the ubiquitous Persian rugs to suits of armor. The MIA's permanent collection features a few Qajar paintings with martial depictions of men with thick beards and swords. The Qajar Women exhibit complicates our understanding of these archetypes. For example, one mirror case depicts Nadir Shah in battle on its exterior while the inside depicts a man and a woman enjoying some music. "The fact is most displays of Qajar era art focus on men and men's lives in a simplistic way, so that was one of the reasons for this exhibition," Chekhab-Abudaya said.

Given the timing of the exhibition, many journalists attending its opening question if the development was related to recent Western rapprochement with the Islamic Republic. Qatar's Museum of Modern Arab Art recently concluded their first-ever show by Iranian artist Shirin Neshat as well. Yet, the curators dismissed any overt political message. "We have been asked a lot about the timing, but this is not meant as a political statement. Of course, there is a strong feminist element to the show. This exhibit is not about Iran per say but about Iran in the Qajar world," Sobers-Khan stressed. Even in this exhibition, though, the use of Iran instead of Persia is at best anachronistic if not overtly political. The Qajar dynasty at its greatest extent ruled over vast territories in Anatolia, the Caucasus and Central Asia, which are not part of the modern state of Iran.

The two curators were influenced in the development of their exhibition by lives of prominent women who played a crucial role in Qajar history. The curators highlighted the lives of Malek Jahan Khanom and Taj al-Saltana as influencing their development of the exhibition. Malek Jahan Khanom "Mahd-e 'Ulya" who as a consort was regent of the Persian Empire for a single month in 1848. After h

er son's ascent to the throne, she continued to play an important role in Qajar politics and helped strengthen the foundations of Qajar rule until her death in 1873.Taj al-Saltana, another important woman of the period, was one of Naser al-Din Shah's daughters whose memoirs "Crowning Anguish," published in 1914, have been hailed for revealing her role as a feminist by the standards of the time. The exhibition also looks at how concepts of beauty have changed over time. "One of our goals was to have a conversation about beauty, the feminine and aesthetics. This is very relevant to the contemporary art scene as well," Sobers-Khan said.

Mounia Chekhab-Abudaya believes the concept of beauty was more malleable during the Qajar era than today. "The Qajar period was more flexible and different from that of modern Iran or the West. The unibrow perhaps accented by a moustache was in some eras the height of feminine beauty. Yet, this was by no means the only idea of female beauty," she said. Many of the images of women depicted in the exhibition have bushy eyebrows. Yet, there are other images that offer different conceptualizations of feminine beauty. One shows women dressed for a party with some wearing men's clothing and hats. Conversely, a painting by French traveler Emile Dhousset depicts a life-like depiction of a woman with flowing hair and colorful clothing. Such depictions also highlight the influence of photography. "During this period, there was a conversation between art and photography that was new to Iran," Chekhab-Abudaya emphasized.

European art and photography also influenced depictions of Qajar women. A box in the exhibit features a stylized painting of the Virgin Mary and Jesus with a very European sense of religious iconography. The box's continents include a complete set of jeweler's tools made from copper and watered steel but inlaid with gold, pearl and ivory.

Qajar paintings and illustrations often featured expressionless figures whose emotions were expressed in their actions. One antique copy of the Divan of Hafez is open to a page that depicts a man and a woman seated next to a tree a romantic cityscape is in the distance as the woman hands a man a gift.

Both curators hope the exhibition offers something for contemporary women to reflect on. "We hope it will be relevant today, especially the notion that women are constantly having to adapt their bodies and faces to new notions of beauty. This is very much of concern of contemporary art as well," Sobers-Khan said.
Last Update: Jul 22, 2015 11:37 pm
RELATED TOPICS