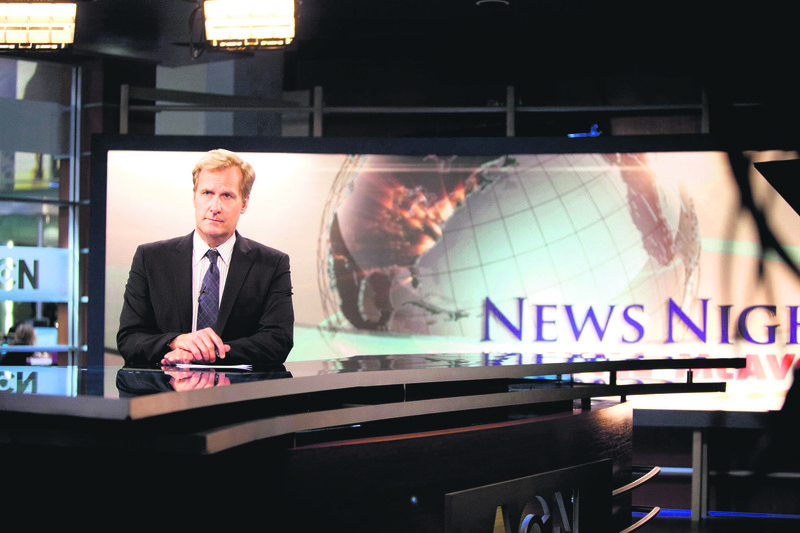 by Gülşah Dark Aug 02, 2015 12:00 am
Despite progress in establishing equal rights for women, the gender gap continues to remain in various industries such as the media sector. The annual report of the Women's Media Center (WMC), a non-profit women's organization in the U.S., showed that the media landscape is still dominated by male voices. "Our research shows that women, who are more than half of the [U.S.] population, write only a third of the stories," said WMC President Julie Burton.

The report, "Divided 2015: The Media Gender Gap," reveals an interesting contrast because although men receive 62 percent of byline and other credits in print, Internet, TV and wire news, women were found to be the heaviest consumers of media, according to research by market research company Nielsen Scarborough. Taken from an analysis of more than 27,000 pieces of content from Oct. 1 to Dec. 31, 2014, the findings show that men write more in print, online and wire media as well as appear more on camera compared to their female counterparts. "Media tells us our roles in society - it tells us who we are and what we can be. This new report tells us who matters and what is important to media - and it is not women," Burton stressed in the report. Referring to 2013 and 2014 data by American University's Women and Politics Institute, news opinion-makers and analysts on Sunday morning shows were overwhelmingly male in the U.S. Another striking example comes from Talkers Magazine, which lists the 100 most important radio talk shows in the U.S. According to 2015 figures, only 12 women made the "Heavy Hundred" of news radio talk show hosts, while the rest of the list was composed of men.

Unfortunately, ethnic differences are still a major factor in employment as well. The WMC report revealed that white women made up 31.1 percent of selected American daily newspapers, while black women were 2.19 percent and Hispanic women were 1.83 percent.

Other notable findings regard the subjects of news coverage among American female journalists. Most women wrote about education, health and lifestyle; far fewer females covered economics, politics, sports and technology. Education, religion, health and lifestyle were the topics women covered more than any other during the last quarter of 2014, according to the WMC report. As can be inferred, men were more likely to report on politics, criminal justice, science and sports. Almost 50 percent of lifestyle and health stories were produced by female journalists. On the other hand, 65 percent of U.S. political news was covered by men. When moving from the U.S. to Turkey, the gender gap is clear in Turkish print media. According to 2014 data from the Turkish Statistical Institute (TurkStat), which was also previously reported in a Wall Street Journal Turkey article, almost 70 percent of total staff in Turkish print media was male. The number of female reporters covering entertainment and culture news is probably greater than their male counterparts interested in this field. Such similarities might raise the question of whether a gender-based stereotype exists in news coverage.

Aside from some laudable good news, the gender parity is also seen in the film and entertainment industry. According to the report, females comprised about one-third of major characters in the 100 most profitable films of 2014.

The WMC report consists of 49 studies examining the role of women in newsrooms as well as other platforms like literature, film, television, radio, gaming and social media. Selected media in the report include the top 10 national newspapers by circulation, evening news broadcasts on major broadcast networks, two wire services and four major Internet news sites. In the report, only three outlets achieved or exceeded parity: The Chicago Sun-Times, the Huffington Post and the two anchor chairs on PBS's Newshour. The WMC was founded by Jane Fonda, Robin Morgan and Gloria Steinem in 2005 to "raise the visibility, viability and decision-making power of women and girls in media, thereby, ensuring that their stories get told and their voices are heard."
Last Update: Aug 02, 2015 11:31 pm
RELATED TOPICS