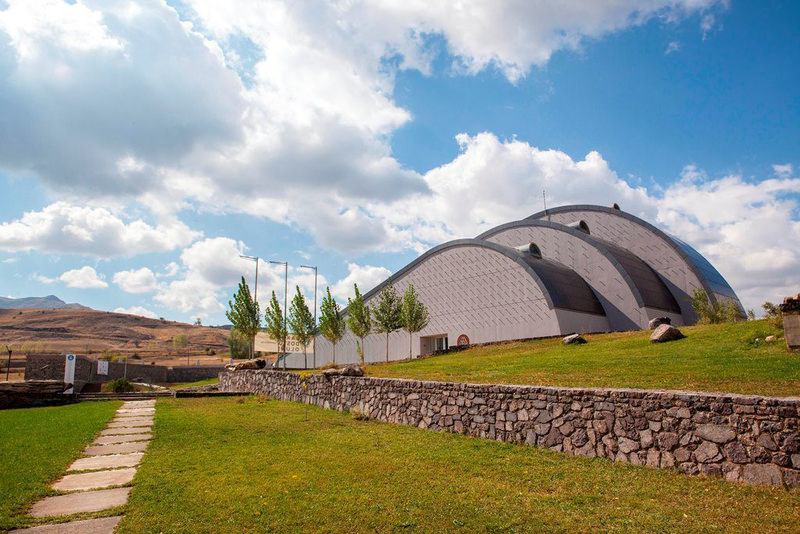 by Anadolu Agency Aug 06, 2015 12:00 am
A remote eastern Turkish village may be an unlikely place to host a contemporary arts center, but this month will see the Baksi Museum celebrate its 10th anniversary. The modernist building, located in a village 45 kilometers from the Black Sea city of Bayburt, will hold special exhibitions and concerts to commemorate "turning a dream into a reality," according to organizers. Well-known musicians Bülent Ortaçğil, Erkan Oğur and Ismail Hakkı Demircioğlu will perform, and the museum will hold an exhibition called "ON" (ten), curated by Istanbul-based German artist Marcus Graf.

Saying that the exhibition will exhibit works by Turkish contemporary artists, folk art and ethnographically important artifacts, Graf said: "Due to the pluralist character of the Baksi Museum, ON is formed with a curatorial strategy that interconnects artworks and artifacts in order to reveal the collection's multi-layered character and to discuss aesthetic and contextual relations between various fields of artistic and cultural practice."

Graf said the Aug. 12 show in the village of only 480 people would break down barriers between high art and folk art.