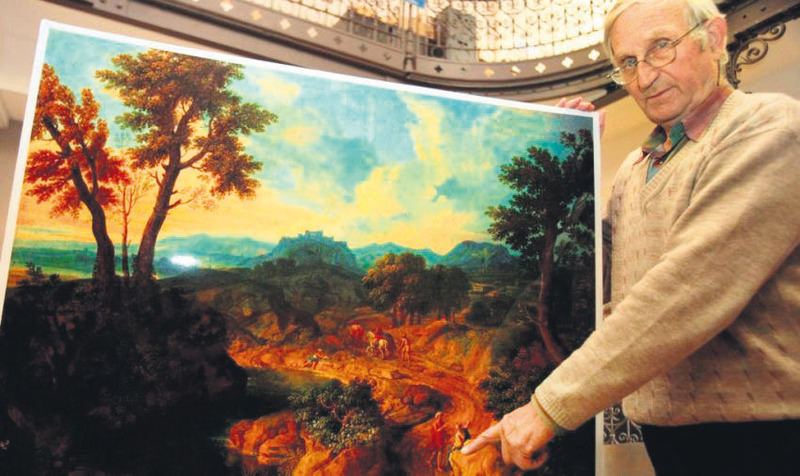 by Zeynel Yaman Aug 12, 2015 12:00 am
Mehmet Aydın, who examined a painting by the 17th-century painter Nicolas Poussin in Robert Tiers's book uncovering 88 secret symbols of his work, has discovered another secret symbol. Currently residing in France, Aydın saw Poussin's painting in one of his friends' homes. The date of the painting remained unknown until recently. However, he discovered the date hidden in the painting. Upon his friend's recommendation, Aydın went to buy Tiers' latest book. When he saw the painting displayed at the end of the book, he also found out a secret portrait of Poussin. Aydın then contacted Tiers and showed his findings. The 81-year-old French author and antiques dealer gave him a written thank you note, saying that, "Only mountains come across each other. Today I found a friend similar to me." Aydın took a souvenir photo with him. "I looked at the painting in the book and said if I made such an immortal work, I would also want to put my portrait in it. His portrait is hidden on a rock. I showed it to my wife and she also saw it," he concluded. 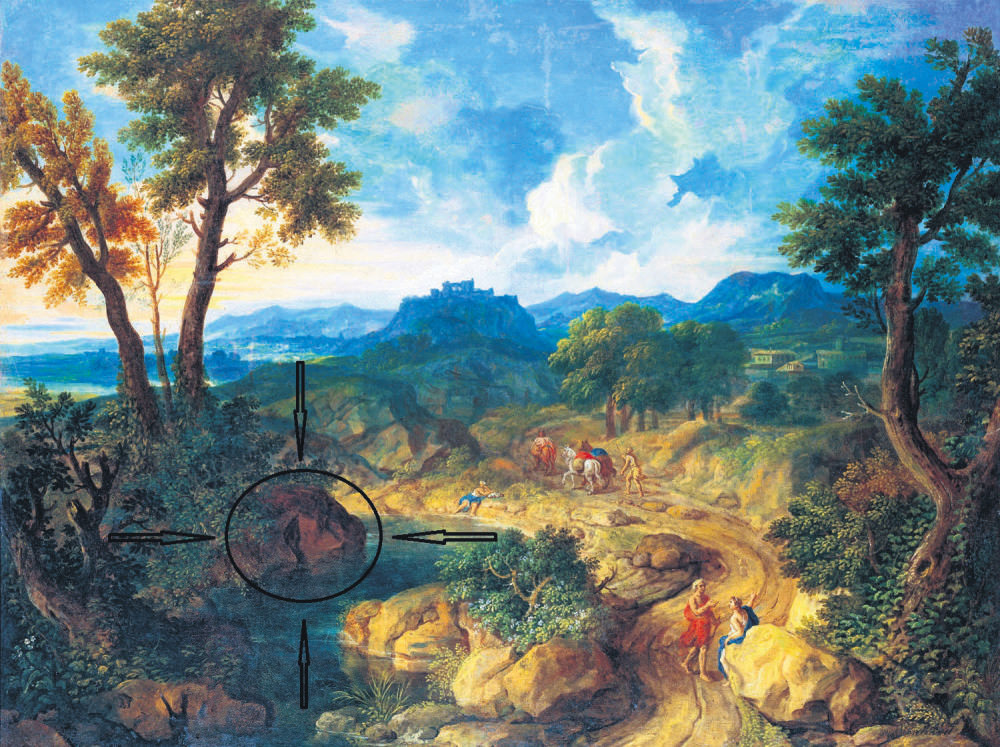 "I looked at the painting in the book and said if I made such an immortal work, I would also want to put my portrait in it. His portrait is hidden on a rock," Aydın said.

Poussin's painting focuses on immortality and features the Greek mythical character Hercules going through the garden with Adam's apple at sunset. Poussin hid many secret symbols in his paintings, embracing religious, historical and mythological characters. In 1975, Tiers saw the painting in a waste picker while wandering around the city of Toulouse. He paid 9,000 francs ($1,503) for the painting with N.P. initials. Tiers then contacted a museum manager to find out the painting's real owner, but he could not find anything. To solve the mystery, he went to the Vatican and after months of efforts, antique experts confirmed his suspicions. They offered Tiers a huge sum of money, yet he refused it and began his search to discover the painting's secrets.
RELATED TOPICS