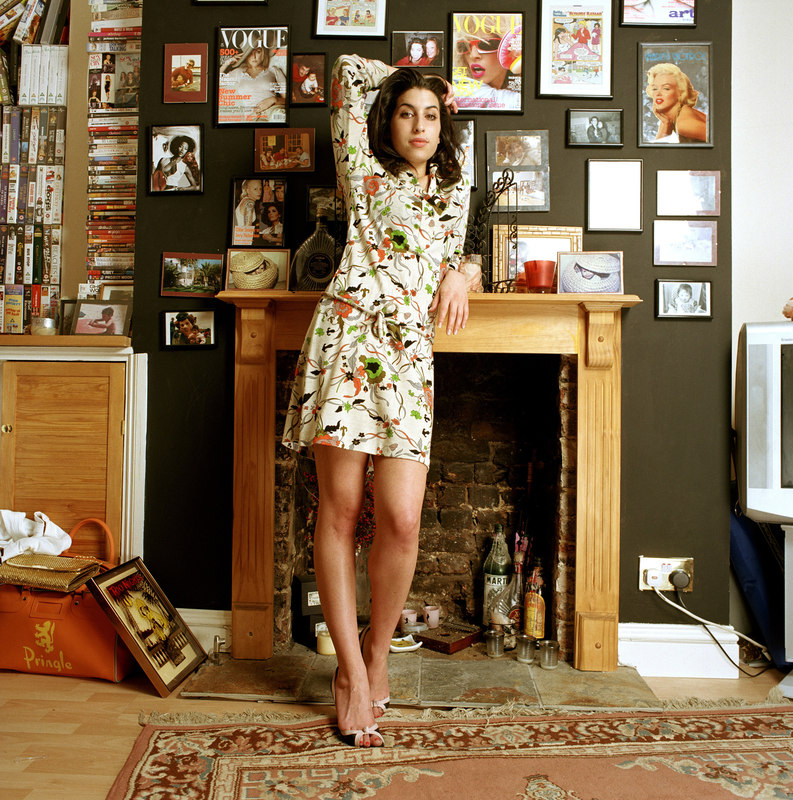 A family portrait on wheels features a deep insight to late R&B singer Amy Winehouse, who died in 2011 when she was only 27

Her career was as brief as it was illustrious: Winehouse won three Ivor Novello awards, one BRIT award, seven MTV Awards and six Grammy Awards. The last of her Grammy recognitions was awarded posthumously in 2012 for her "Body and Soul" duet with crooner Tony Bennett, who turned 89 this month.

The anniversary of her death next year has prompted a new traveling museum exhibition, "Amy Winehouse: A Family Portrait," curated by the Jewish Museum London. The show is currently on display at San Francisco's Contemporary Jewish Museum and will run through Nov. 13. Previous stops on the exhibition's world tour have included Vienna and Tel Aviv. Museum curators were allowed rare access to family photos and Winehouse's personal possessions. As a result, the exhibit is able to successfully illuminate Winehouse's childhood, her awkward teenage years spent studying theater and the musical legends who influenced her iconic sound.

The exhibition also includes a display of contemporary art titled "You Know I'm No Good," which was inspired by her music. Lori Star, executive director of the Contemporary Jewish Museum, said: "This particular exhibition is truly a love letter to Winehouse from her family, and its intimacy makes you feel as if you have been invited into her home. It is a moving experience for everyone, fan or not."

Winehouse loved her native North London where a statue of the singer was unveiled last year. Yet, her ancestors only arrived in the city in 1890 from Minsk. Minsk was then under the grip of Tsarist Russia and her relatives surely found London a more tolerant environment. Today, Minsk is the capitol of Belarus.

Winehouse, the exhibit suggests, was a bit of a hoarder, which is not uncommon for someone who believes they were destined for greatness. Sigmund Freud, even at an early age, would suggest people hold on to the letters he sent them. It is a delight for the visitor to enjoy everything from her fridge magnets to her vinyl music collection. Winehouse, it seems, kept everything. Even her family members seem shocked to have found an old school uniform among her possessions after her death. Keeping her access passes to her concerts makes sense but, did she really need both DVD and VHS versions of Quentin Tarantino's film noir classic "Reservoir Dogs?" It is not hard to imagine her sitting in her home, a Frank Sinatra track playing in the background while she read a novel by Fyodor Dostoyevsky, the 19th century author she apparently enjoyed.

Winehouse was both a talented rock star and fashion icon. Her fashion choices mixed soul singer vibe with the edge of the modern rebel. She freely mixed beehive hair styles, tattoos, a pierced upper lip (Monroe) and high street fashion. On display at the exhibit is the sequenced Luella Bartley dress, worn by Winehouse at the Glastonbury music festival in 2008. By then, fashion labels were sending her boxes of clothes. Adidas in particular sent her boxes of shoes. None of her sneakers made it into the exhibition, but an array of shoes from Christian Louboutin to Yves Saint Laurent did. In March 2011, a few months before her death, Winehouse donated £20,000 ($31,343) worth of clothes to a charity shop in London.

Winehouse succumbed to alcohol poisoning in a heavy bout of depression while binge watching videos of herself. Though she told medical staff she wanted to live before her death, many have speculated she committed suicide to join the "27 club" - a group of music stars who died at that age including Kurt Cobain and Jimi Hendrix. The museum exhibit includes a suitcase filled with old family snapshots. She insisted her father come visit her and go through these emotional mementos just days before her death. Her relationship with her father was at times estranged and her father's presence in her life was not always constructive. In her classic song "Rehab," she herself notes her father's reticence about seeking medical treatment for her addictions - "I ain't got the time and if my daddy thinks I'm fine" she sung.

The promotional poster for the exhibition shows the singer, perhaps in her late teens or early 20s, standing in front of her fireplace, a scrapbook like collection of images including Marilyn Monroe and the cover of Vogue are framed behind her. Over a shoulder is a bookcase full of DVDs and VHS tapes. Her eyes show a certain confidence, but if you look under her left arm, it is impossible not to notice an empty bottle of Camus cognac - perhaps foreshadowing her tragic fate.
RELATED TOPICS