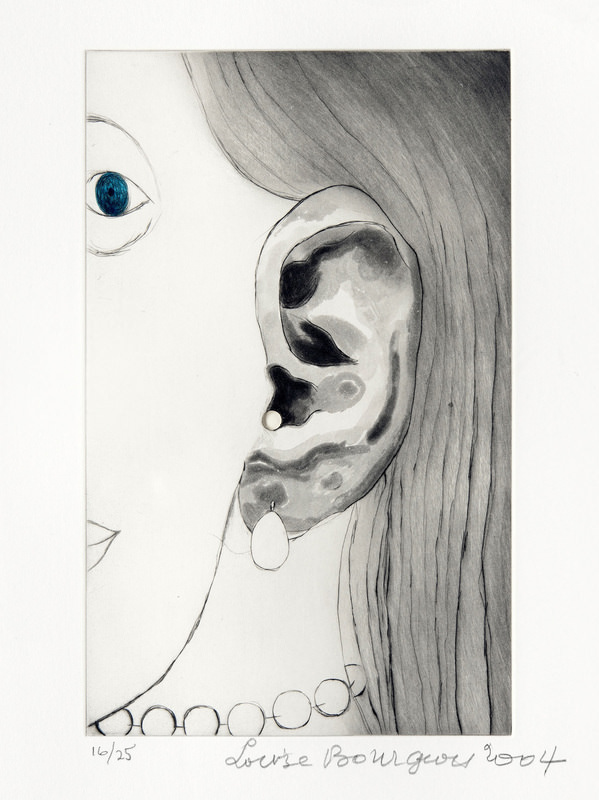 In the new art season at Akbank Sanat, an exhibition that showcases the work of ground-breaking artist and sculptor Louis Bourgeois will open on Sept. 1. The visitors will have the chance to see 58 works by Bourgeois, curated by Hasan Bülent Kahraman until Nov. 28

Akbank Sanat commences its new art season with a world-renowned exhibition. The exhibition is titled "Louise Bourgeois: Larger Than Life," and consists of the works of one of the most prominent female artists of the 20th century, Louise Bourgeois. Bourgeois not only deeply influenced other artists but also contributed to the conception of art history in new light. Her works will be on display from Sept. 1 through Nov. 28 at Akbank Sanat.

The exhibition, curated by Professor Hasan Bülent Kahraman, brings together 58 pieces of artwork by Bourgeois for the first time in Turkey. Her work has never been displayed in Turkey before apart from a single piece that was exhibited in 1997 at the fifth International Istanbul Biennial. Having used femininity as the backbone of her art, her interesting life story in creating her art and integrating data derived from almost 35 years of psychoanalysis sessions in her work, Bourgeois held a position that could be considered the backbone of feminist art. At the same time, her art encompassed issues such as memory, identity, the body, belonging, space, remembering, forgetting and the uncanny at length. In conjunction with the exhibition, conferences and meetings will be held at Akbank Sanat on Bourgeois's art in particular as well as feminist art, other related issues and feminist art in Turkey. In addition, a corner dedicated to Bourgeois will be created at the Akbank Sanat library and films about the artist will be screened.
RELATED TOPICS