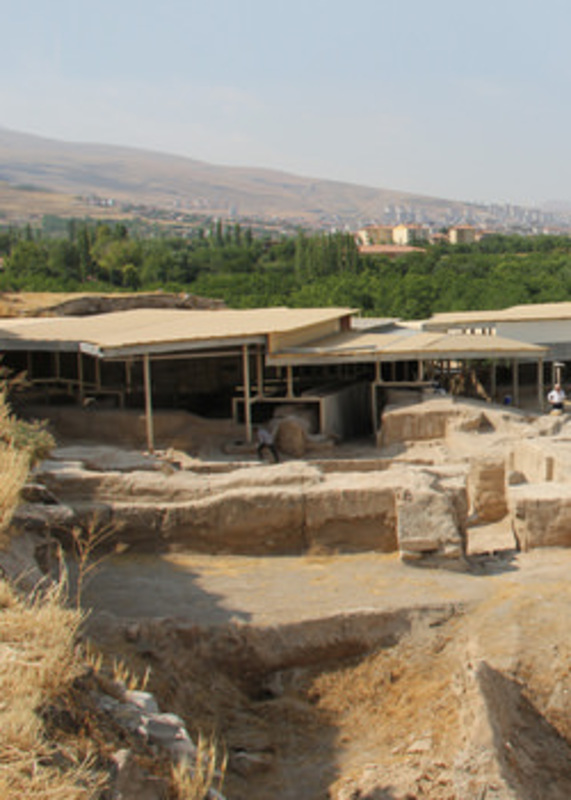 An adobe throne has been found recently in the adobe city of Melid, which dates back 5,000 years, and is one of the earliest settlements in Anatolia featuring adobe buildings and goods

An adobe throne, which dates back 5,000 years, has been unearthed during the excavations in Melid, the first city-state of Anatolia. Speaking to Anadolu Agency (AA), the head of the Melid excavations, Professor Marcella Frangipane of Sapienza University in Rome, said they began this season's excavations earlier this month and conduct the digs in two separate locations. She discussed the discovery of the adobe throne, dating back to 3000 B.C., which was probably used by a king or an administrator of the city, who was called a chief. She stressed that the excavation team is very excited about this new discovery. 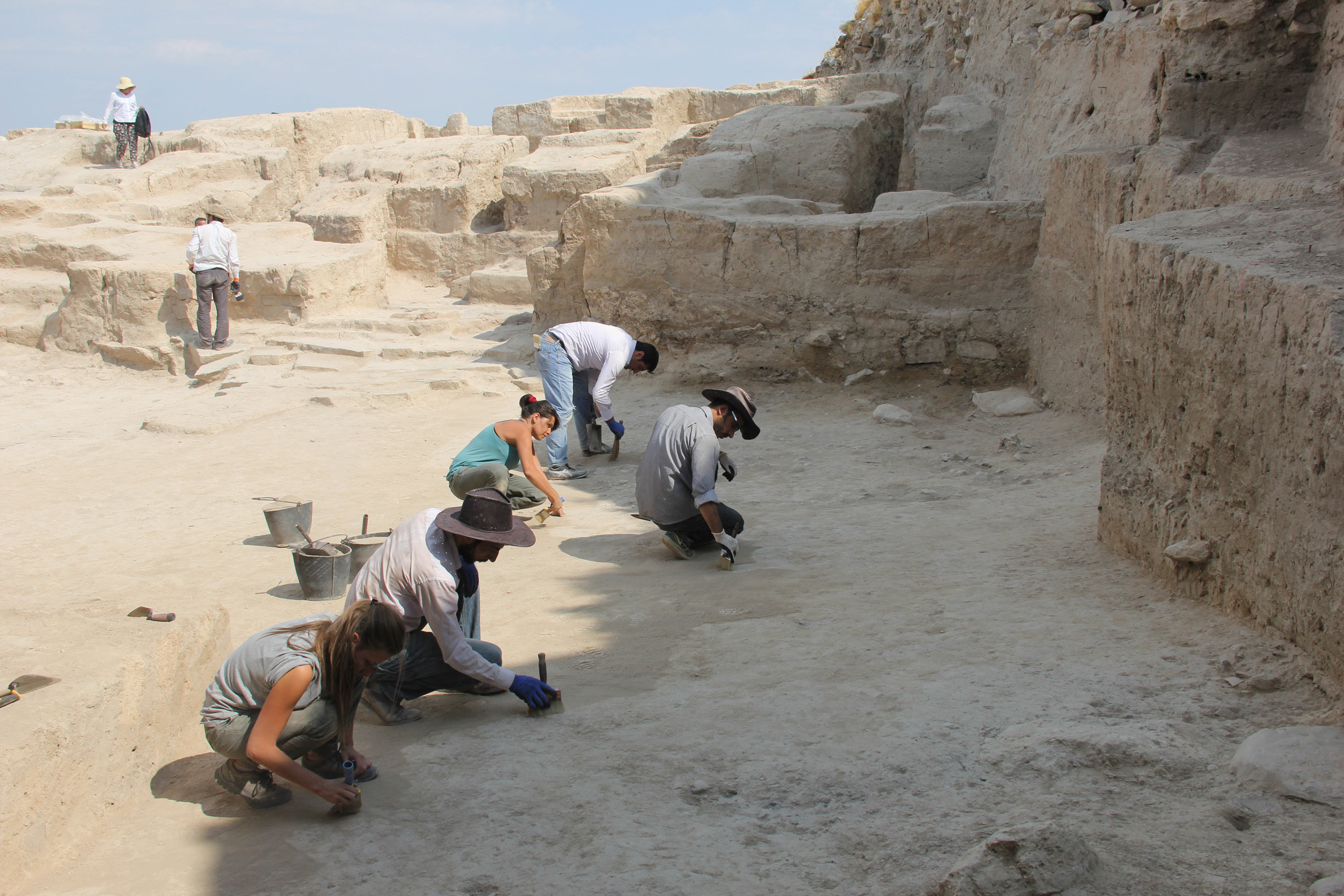 The throne was found in a building within the palace that the archaeologists think was used as a public building. Frangipane informed that as the building is made of adobe, they made the throne with the same material. She said they discovered burnt wooden pieces on the throne that might indicate the chief of Melid used a chair made of wood to sit on the throne. Frangipane underscored that the throne was not discovered inside of a temple. She said there are two windows behind the throne, and the people of Melid used to walk through the front courtyard of the palace where they would then appear before the king after stepping on the platform where the throne stood. She also said the public building located inside the palace is very large. 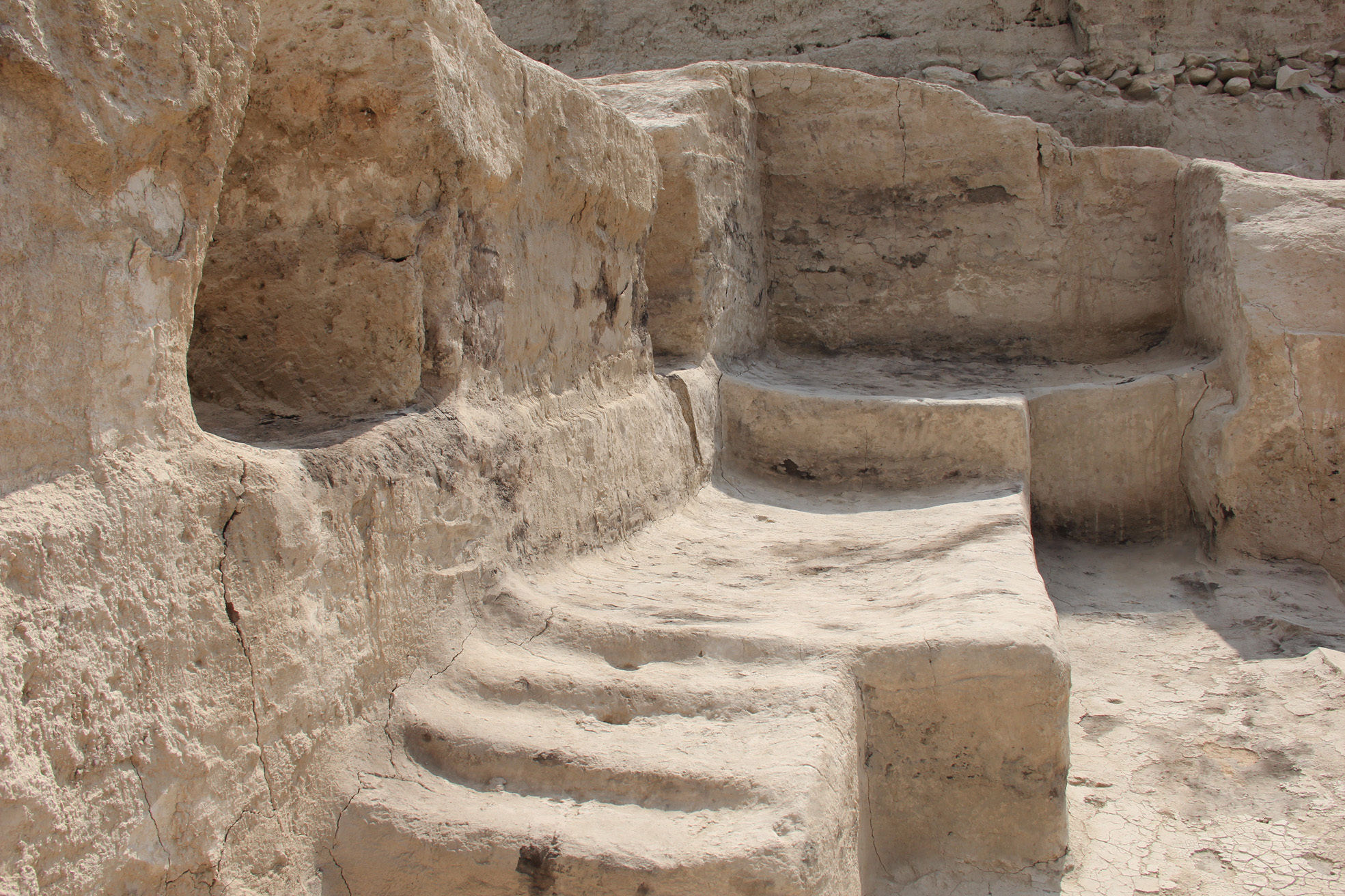 The public building has long walls that are 2 meters thick. According to Frangipane, the building might have featured two floors. "This is not a temple; this point is very important. Through this structure, we can say that Melid was governed with a secular system," the Italian professor said, and continued: "This is not a temple but the palace of a king. We do not have detailed information, but this is the first time we unearthed such a discovery. The state governing system begins here. There are two platforms for people to stand on while they appeared before the king. Everything was conducted with a ceremony, however these ceremonies did not take place for religious reasons but as a demonstration of power." She said the discovery of this structure indicates a state structure. Frangipane added that the recent findings are important to help understand how that state system began. "That is why Melid is so important," Frangipane emphasized.

Highlighting that the discoveries, including the palace and the throne, will increase the number of tourists who visit the ancient site, Frangipane said there is no such tumulus in the world. "We have taken the tumulus under our protection. We unearthed the palace 30 years ago. Even the paintings on its wall can still be seen," Frangipane said. She added that they need to be more careful while protecting these findings, as they can be spoiled by even the slightest contact with humidity. She concluded by saying that the tumulus will draw scores of tourists in the future with the support of the Provincial Culture and Tourism Directorate in Malatya.
Last Update: Aug 27, 2015 9:42 am
RELATED TOPICS