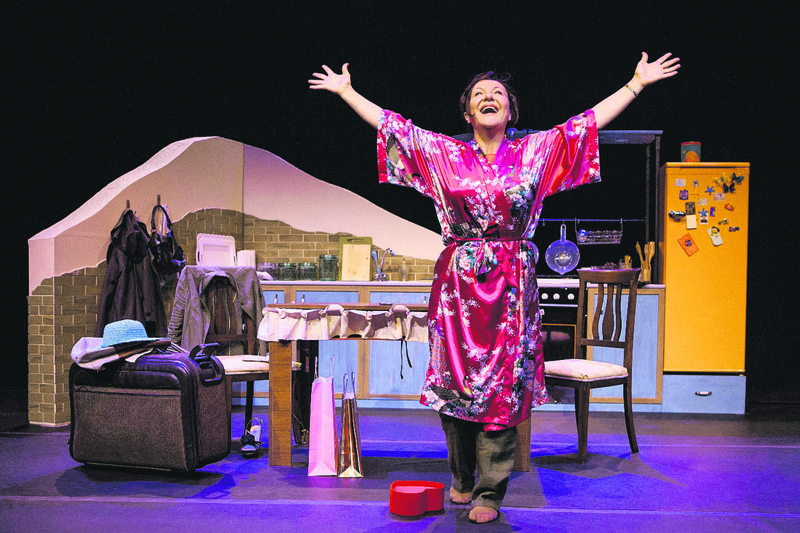 Willy Russell's renowned play ‘Shirley Valentine' has been adapted to Turkish theater and was performed by accomplished actress Sumru Yavrucuk in Muğla and İzmir last year. Now, audiences in Istanbul will have the chance to see the play on Sept. 16 at the UNIQ Open-air Stage

Adapted from Willy Russell's play "Shirley Valentine" for Turkish audiences, the play "Shirley" will be staged at UNIQ Open-air Stage. The story of Shirley Valentine, who is lost in the boredom of daily life and forgot her dreams will be played by award-winning actress Sumru Yavrucuk. The actress, who drew attention with her previous one-woman-show, creates the same effect with "Shirley." Considered among the most successful plays in women's literature and staged in many countries around the world, the play will come to the city for its Istanbul premiere following its summer tour. "Shirley" will be staged in Istanbul on Sept. 16. UNIQ Open-air Stage will continue to host events with "Shirley" after their open-air cinema festival. Offering an alternative place in the city, UNIQ will soon be one of the most wanted venues in Istanbul for such events.

Embracing all comedy elements, the play brings an inspirational story of a woman who goes nowhere but spends her whole time in the kitchen. She rediscovers herself and reorganizes her life. The play offers an enjoyable atmosphere with its music. The play is directed by Yavrucuk. Produced by Tebdil-i Mekan Production, the play was translated into Turkish by Evren Ercan. The set designed is by Nurdan Aliyazıcıoğlu while Yakup Çartık was responsible for lighting design.
Last Update: Aug 29, 2015 1:20 am
RELATED TOPICS