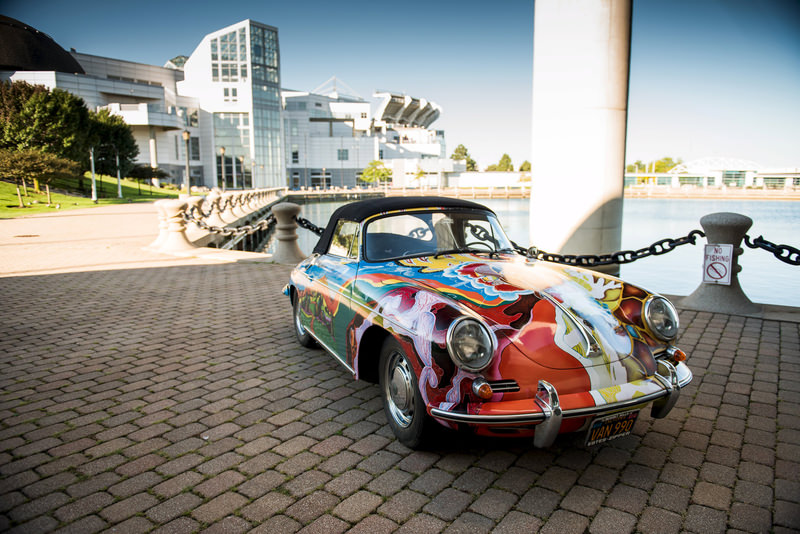 The auction house said Joplin bought the Porsche in 1968 but decided its white paint job was boring and asked a friend to paint it with a kaleidoscopic mural. It ended up covered in butterflies, jellyfish and a portrait of Joplin and her band, Big Brother and the Holding Company. "Janis drove the car everywhere, all around San Francisco and down to Los Angeles when she was recording there," her sister and biographer Laura Joplin said. "Wherever Janis went in the car, her fans recognized it. When she parked it and returned, there was always at least one (fan) note under the wipers."

Joplin died of a heroin overdose at the age of 27 on Oct. 4, 1970, three days after recording the song "Mercedes Benz," in which she sang, "Oh Lord, won't you buy me a Mercedes Benz. My friends all drive Porsches, I must make amends." After her death the car was driven by Joplin's manager. It was restored in the early 1990s and has been on display at the Rock and Roll Hall of Fame Museum in Cleveland since 1995. Joplin's family now has decided to auction the car, RM Sotheby's said on Tuesday. "It's a fantastic automobile that transcends art, pop culture and social movements and is as groundbreaking and stunning as the renowned singer was herself," said Ian Kelleher, managing director of RM Sotheby's West Coast division. The car is to be sold on Dec. 10 as part of RM Sotheby's "Driven by Disruption" auction of 30 creatively styled automobiles.