Nuri İyem's works on exhibition for his 100th birthday 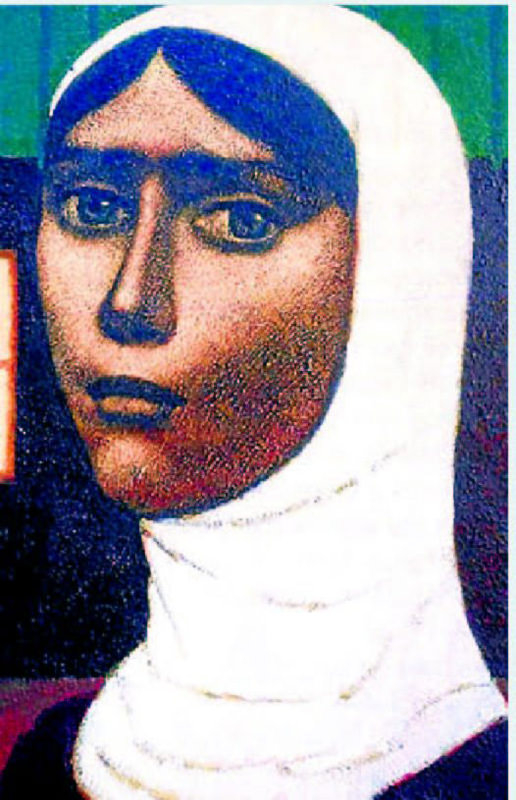 by Daily Sabah Sep 19, 2015 12:00 am
Known for his portraits of Anatolian women, late famous painter Nuri İyem is being commemorated with the exhibition "Nuri İyem 100 Yaşında/Portre" (Nuri İyem turns 100 - Portraits), which will run through to Oct. 31 at Evin Art Gallery. Curated by Feyyaz Yaman, the exhibition looks at İyem from 100 years. Speaking to Anadolu Agency (AA), Yaman said the exhibition team researched İyem's workshops for the exhibition. "The exhibition closely examines Nuri İyem's student years, the 1930s, the influences and enforcements of republican ideology on culture and İyem's response to period culture reflected on his works," Yaman said, adding that İyem had an opposing language during his lifetime. "After the 1960s, he introduced a female profile with a headscarf in his work. I think he established an opposing discourse by embracing village-related elements in Turkey's bourgeois period," Yaman said. He said İyem felt no difficulty in adapting Anatolian culture. "At that time he successfully founded an art workshop and kept it alive. It was difficult to establish an independent economy then. Some artists left the country, but he stayed," he said.

Viewers can see a workshop designed in line with İyem's personal working place, his belongings, archive documents, letters and notes at the exhibition. Aside from his icon portraits reflecting the different periods in his 68-year career, the exhibition includes his incomplete paintings and work that have not yet been displayed. Showing İyem's life through life, the exhibition presents books on previous exhibitions commemorating him along with 2,468 items. A website will be soon available for more details. Running alongside the exhibition, a symposium on İyem and portrait tradition in Turkish art is scheduled to take place at Mimar Sinan Fine Arts University.
RELATED TOPICS