Protecting art under sniper-fire and heavy shelling in Sarajevo 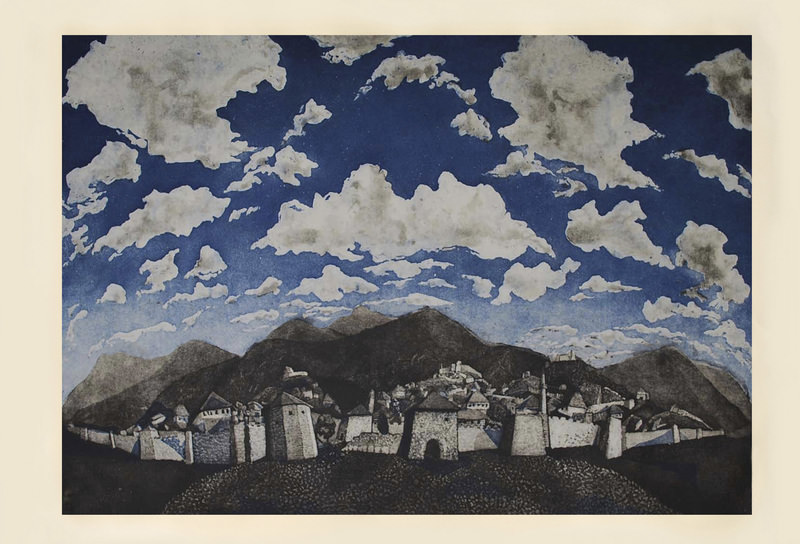 Everyone seems to be talking about the Istanbul Biennial these days - everyone in Turkey's art scene that is. Not surprisingly, it is easy to overlook some of the very interesting exhibitions on display in the city. Pera Museum's " Images of Our Time: Works from the Academy of Fine Arts in Sarajevo' " is arguably the most comprehensive of the shows that have been left rather unjustly in the background. The exhibition realizes the ambitious objective of bringing the cultural ethos of an arts institution based in Sarajevo to Istanbul.

But is it possible to bring the ethos of a different region, so strongly and tragically defined by a long and horrific political conflict, to a different city where the art world seems preoccupied with "salt water" and "thought forms," the subject of this year's Istanbul Biennial?

The institution in question here is the Sarajevo Academy of Fine Arts, which had served the miraculous function of keeping up the morale of a city that witnessed numerous atrocities following the rise of ethnic and religious conflict in Sarajevo in the 1990s. Aida Abadzic Hodzic, originally from Zagreb, is the curator of the exhibition finds a common thread between Istanbul and Sarajevo. "Even today," she writes in the exhibition catalogue, "young artists, authors and travel writers, in both Sarajevo and Istanbul, listen to the rhythm of their time and seek to record its signatures and turbulences, to be its witnesses. And there are turning points in these endeavors."

Hodzic writes evocatively about "Witnesses of Existence," a 1993 exhibition held in wartime Sarajevo in a burned-out cinema that had featured works by professors from the Sarajevo Academy of Fine Arts. She describes how the show "bore authentic testimony to the longest siege of a capital city in modern history. ... During the 1990s, the avant-garde dream of complete identity between art and life came true - to its fullest tragic extent - in Sarajevo. The art of survival and the art of recreating out of destruction became one, and the ruins of Sarajevo, the burned-out trams, the torched cars, the shattered windows and broken bricks became the elements of future installations - of new creations."

This was a time when the people of Sarajevo lacked basic necessities like water, food, electricity and fuel. They struggled to survive under shelling and sniper fire. Despite this atmosphere of war, classes at the Academy of Fine Arts continued to be held regularly. "People attended exhibitions, concerts and theatrer performances, contemporary art exhibitions were organized in destroyed places of worship and cinemas, and the nucleus of the collection for the future Ars Aevi contemporary art museum was being assembled," according to Hodzic.

Many of the works in "Images of Our Time" are from the 2010s, produced by graduates of or current students at the academy. On two floors of the museum, they make interesting viewing for visitor. I spent a morning last week walking through Pera Museum's corridors, constantly being surprised by the peculiarities of the work on display. Some of the paintings seemed like kitsch imitations of work produced by first world artists. I also realized how some video work on display resembled computer animations of video games and lacked an artistic touch. On the design side, however, brilliant work is on offer here. I loved almost all the posters and digital prints on display - unlike numerous disappointing paintings and sculptures, they were original and daring.

How to explain the lack of originality in more artistic forms like paintings and sculptures and the signature of individuality in media more associated with commerce? To give one example, Sabrina Mejric's "Feather," a typographic poster, was one of my favorite works. Born in 1989 in Zenica, Mejric had focused on the Arabic script for her graduation project at the academy. Here she is represented with two amazing posters both produced in 2014.

The Sarajevo Academy of Fine Arts first opened its doors on Oct. 30, 1972 as one of the youngest art academies in then Yugoslavia. It brought individualistic ideas to a culture long defined by socialism. One can imagine generations of pupils trying to produce paintings of socialist reality, with a continuous dislike for the bourgeois ideas spiraling out of New York and London. "The period of its foundation was one of optimism and progress: dynamic years of overall social, economic, scientific, cultural and artistic ascent of Bosnia and Herzegovina, when this land was making its increasingly strong mark on the contemporary map of literature, music, film, drama, architecture, art and design, not only in the Yugoslav and regional context, but also on the international culture and arts scene," according to Hodzic. 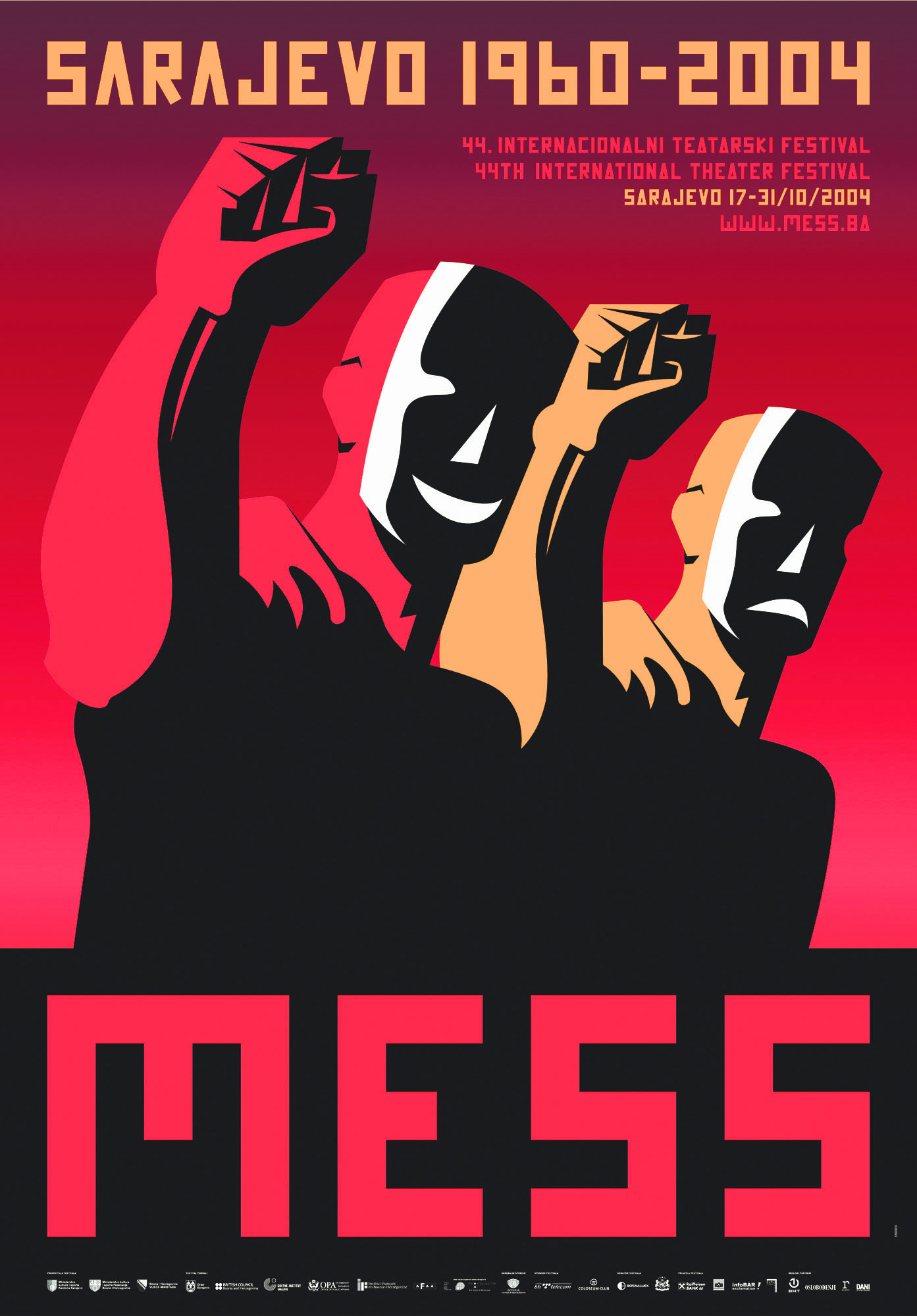 The exhibition at Pera Museum, which runs until Nov. 1, presents work by 80 students from different departments of the academy - painting, printmaking, sculpture, art education, graphic design and product design students and graduates all make their voices heard.

"Hands," a video by third-year student Ajla Salkic, depicts working hands, and in Irena Sladoje's "Paper Can Take Everything," a surgical operation turns into abstract art. I was impressed by digital prints by Tarik Rizvanovic, born in 1991, who studies at the product design department of the academy. His "Sa.Tram" is basically a pitch for a comfortable tram system in Sarajevo. Rizvanovic's origami tables are less practical but very creative in their origami concept and design.

"Works by a large number of students from the Sarajevo Academy of Fine Arts deal with current and often painful themes from the socio-political, economic and cultural reality, raising awareness, appealing, warning, opening issues and offering new interpretations."

In these busy weeks of the Istanbul Biennial, "Images of Our Time" is definitely worth your time. And you can always take the elevator and visit the second floor of Pera Museum, a Biennial venue, where you can shift your artistic focus from Sarajevo to salt water.
RELATED TOPICS