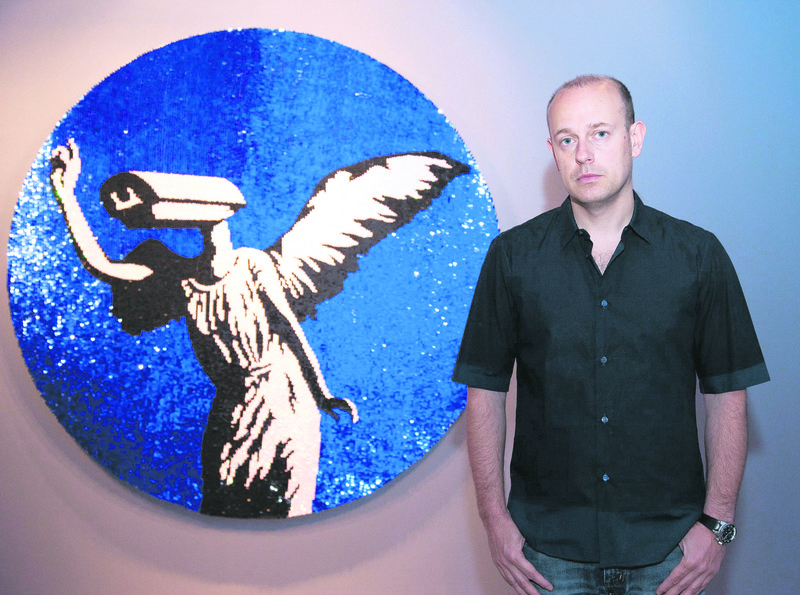 The golden age when Turkish art was sold for high prices ended and the work of international artists capture the most demand, even at biennials and festivals held in Turkey

A great deal has been happening in the art market over the past 30 years. First, works belonging to the classical period were sold for record prices. Second, Osman Hamdi's "Tortoise Trainer" was sold for TL 5 million ($1.66 million) in 2004 at an auction arranged by Antik A.Ş., which made headlines. Yet, the golden age of Turkish contemporary art began when Burhan Doğançay's "Mavi Senfoni" (Blue Symphony) was sold for TL 2.2 million. This was the first time a Turkish artist's work was sold for such an amount.

Murat Pilevneli: The trend from classic to contemporary is natural. However, the local market should be examined when considering why interest has shifted from local to international. It is adequate to just look at 10 to 15 years to understand the reasons. The time between 2000 and 2010 was an era where contemporary Turkish art was at its peak with new galleries, museums and art exhibitions opening - Elgiz Museum, Istanbul Modern, Platform and then later, SALT - and the number of collectors was high. While this was happening, there were certain expectations or expectations were created.

DS: What were the expectations of the art world?

MP: Opening to the world, which made prices increase. Especially in 2005-2006, Turkish buyers started buying a lot of art, as that became popular. Furthermore, with Turkish galleries attending international fairs and Turkish art being revealed in the international arena, Turkey caught the attention of foreign collectors and art professionals. This trend was at its peak in 2009 with Sotheby's "Contemporary Art/Turkish Art" exhibitions in London. However, no matter how much effort was put in, Turkish art didn't have the expected effect that Indian, Chinese or Persian art has had.

DS: How do you decide on the prices?

Since the beginning of the 2000s, the price of art work increased when foreigners sold what they had in their hands back to the market [profit realization]. Turks almost returned to a closed market, and Turkish buyers started comparing prices of Turkish art with international artists' works. They then realized that the works of Turkish artists are as expensive or at least the same price as foreigners' art, which made them begin preferring foreigners' artwork. As a result, since capital was running out of Turkey, naturally a period of stagnation occurred.

DS: What steps are needed for Turkish art to be sold and become known in the international arena?

All initiatives reach a stopping point, and the market remaining almost entirely local does not mean that Turkish art is bad. We need to be aware of the fact that the financial burden of galleries trying to promote our artists is at an extreme point. They cannot compete with foreigners and the current system, as they have no support or incentives unlike the international arena. Therefore, we need to remember that being good is not enough; you have to be able to complete. Today, if you provide $5-$10 million to one of the five or six galleries that are trying hard to promote Turkish art, then they may become one of the 100 best galleries in the world. Yet, they have succeeded in becoming really good galleries without this kind of capital. We couldn't even imagine what they would accomplish with such an incentive. There are many areas that need funding such as advertising, publishing, attending exhibitions and fairs and, most of all, supporting artists. In such circumstances, naturally certain initiatives cannot bring the outcome that is desired in the first place.

DS: So support for galleries is required? Artists cannot reach international markets on their own?

In such an environment where conditions are though still, personal initiations are being despised. Plus jealousy is also high - Ahmet Güneştekin is a good example of this. People do not need to like what someone has produced but they have to respect it. He overcame various tough conditions, almost achieved the impossible and had exhibitions in New York, Barcelona, Venice and Monaco. But due to this success, he's been patronized, scorned and despised. Ahmet does not care about these things, as he's got a unique language of art on his own, and he doesn't want to waste his energy on such criticism. Those that mess with him should instead focus on their careers and support each other; then, they can all rise up. You don't have to agree on everything to support one another. But solidarity and cooperation and incentives are what we require.

When we look at the purchases of major Turkish collectors, it is evident that the interest is mostly in international artwork. When we examine the sales reports of ArtInternational (2015), we see that Yayoi Kusama's work was sold for TL 2,700,000. The fair's management announced that the total sales figure was around TL 90,000,000, yet only 12 of the 88 participating galleries are Turkish. Therefore, Turkish galleries earned TL 12,272,000, whereas foreign galleries earned TL 77,272,000. This shows that Turkish buyers have stopped purchasing Turkish works for the last five years. Of course, with the efforts of quality galleries, our art will get what it deserves in time.

Another gallery owner and auctioneer, Dağhan Özil, stressed that the Turkish art market has been changing for the last 30 years. "Thirty years ago, there were the avant-gardes - Erol Akyavaş and Ömer Ulu," he said. "Then, 80 percent of the market was classic and impressionist. We saw that except for a few works, impressionists were falling behind the classical artists in Europe.
Buyers stopped paying such prices because they realized these works were not worth much in the international arena. Then, there was a decline in classical art works. Those who gave up on classics started buying Turkish modern and contemporary art. But now, they have realized that there is no market for it. However, this is not due to the prices since there is no international medium where prices can be compared. A work by an internationally acclaimed artist would be the same price anywhere, whether in New York or Paris. Collectors felt cheated, and some even stopped buying. Yet there are great artists in Turkey, but for them to enter the international market, artists, galleries and collectors need to work together. Moreover, there are galleries and artists that have been working together for 30 or 40 years abroad, which creates a great challenge as well."
RELATED TOPICS