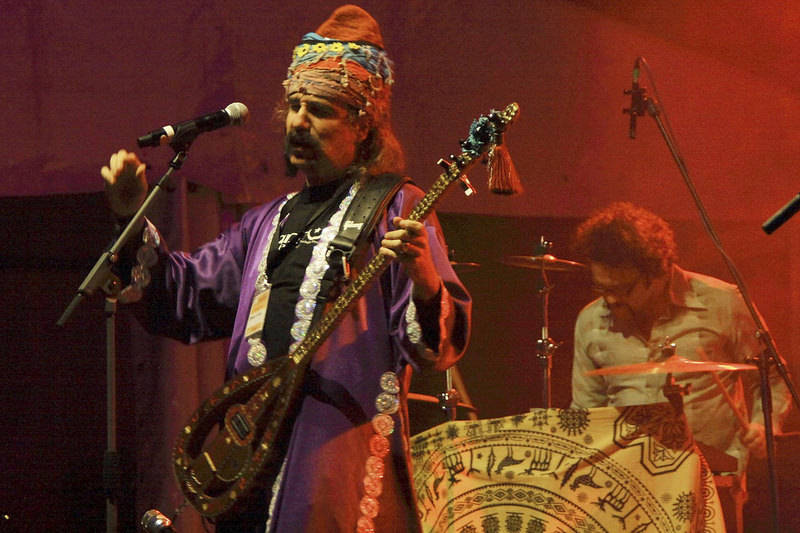 by daily sabah Sep 29, 2015 12:00 am
UNIQ Istanbul is getting ready to offer a night full of history and music for Istanbulites. Inviting all to a surprising film and musical feast, the event is organized in collaboration with GülbabaMusic, which is known in 43 countries for its music as well as fusion sounds that blend the East and the West, folk and psychedelic music, as well as music and cinema. The famous band Baba ZuLa will meet Istanbulites during the film screening "Enis Aldjelis" (Flower of the East), an Austria-Hungary co-production that was shot from 1917 to 1920.

"Enis Aldjelis" is the first feature-length movie set in Istanbul and revives the city's history from 90 years ago. From Galata Tower to Istanbul's Eminönü district and from Karaköy to Beşiktaş, the film showcases historic structures, shops and other elements of the city that have long been forgotten. The movie takes viewers on a historical journey accompanied by a performance by Baba ZuLa. The band previously performed its songs exclusively composed for the movie at the Amsterdam Film Biennial and Antalya Golden Orange Film Festival. For those interested, the event will start at 8 p.m. on Oct. 2 at the Uniq Open-Air Theater. Following the movie-concert, the historical journey will continue with DJ Murat Meriç's performances on the Yeşilçam movie soundtracks.
RELATED TOPICS