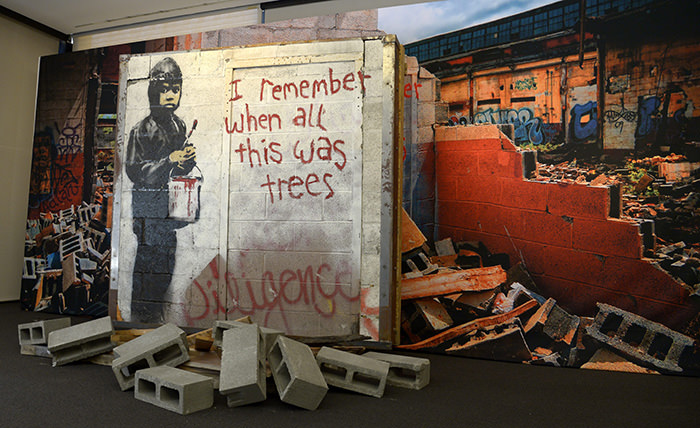 by Associated Press Oct 01, 2015 12:00 am
An artwork that gallery officials say was created at a former Detroit auto plant by elusive British graffiti artist Banksy has sold at auction for $137,500.

The Detroit Free Press and The Detroit News report the piece was sold Wednesday at Julien's Auctions in Beverly Hills, California. An 8-foot (2.44-meter), 1,500-pound (680-kilogram) section of cinder-block wall featuring the artwork was excavated from the Packard Plant site in 2010 by the nonprofit 555 gallery in Detroit.

The mural features child holding a bucket of red paint and a brush next to a message that says: "I remember when all this was trees."