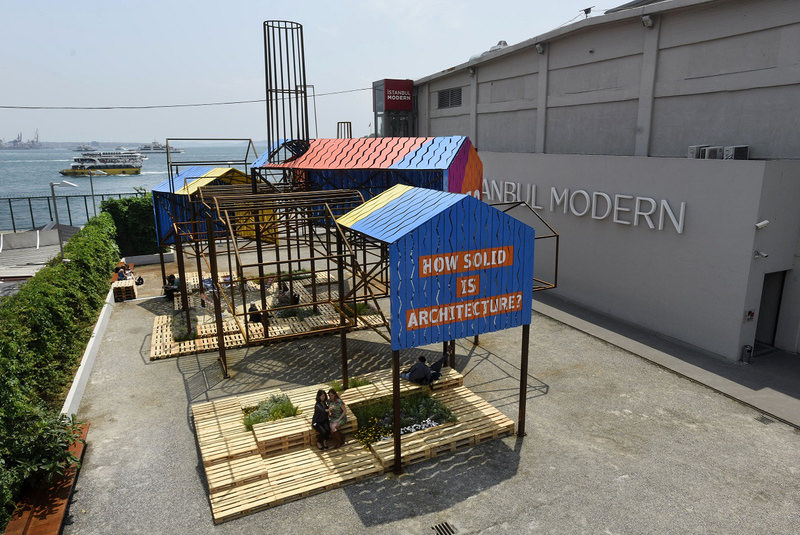 The Young Architects Program at Istanbul Modern presents a conference program lasting eight hours to be delivered by various speakers on memory. It will also host a dance performance focusing on the relationship between body and architecture

Organized as a part of "Istanbul Modern YAP: Young Architects Program," the panel session "Memory Marathon" will kick off tomorrow at 11:00 a.m. and run for eight hours. The marathon will take place in the museum's courtyard, under the exhibition "ALL THAT IS SOLID" - a project specifically designed by PATTU - that references the history of Istanbul's Tophane district where the museum is located. The marathon comprises 30-minute presentations, conversations and discourses on memory by participants from the arts and humanities, social sciences, urbanism and architecture, science and technology. The first leg of the marathon, which was planned after suggestions of PATTU, is composed of questions about memory focused on the effects of science and technology. The sessions will question the relationship between the structure and function of the human brain with the technological innovations as well as its position in the future. Following the first leg, the marathon will continue under the title of "Memory of Everyday Life." The subject will be discussed through archival materials used to re-visit the past and compile a record for the future. Participants will explore how memories related to the social sciences and art can create a connection though time in the Tophane district. During the last leg of the marathon, a case study will focus on the position and importance of public squares, monuments and dense urban areas in the production of collective memory through the lens of contemporary art history, architecture and studies on urban culture.

Taldans will interpret their play "Dolap" for YAP Istanbul Modern on Oct. 8. Addressing the relationship between the body and architecture, the play first seems to be a duet performed by two dancers. However, a refrigerator placed on the center of the stage turns the duet into a trio. The bulk of the machine makes viewers realize that the object, not the human being, has a determining role in the process. The play will take place in the installation space of "ALL THAT IS SOLID," which was designed by PATTU for the museum's courtyard, as part of the "YAP Istanbul Modern: Young Architects Program."

Taldan's review of the play

"At first we were working on a way to entirely eliminate the difference between rehearsal and performance rather than merely trying to decrease the effect of this difference. Every rehearsal could be the piece itself (or any one of its performances for that matter). Alternatively, every performance was a rehearsal of other possibilities. This is because we tried to figure out a way to challenge the problem of creating a work that can be adapted to any time and space. 'Dolap' does not have a fixed form or a predetermined ending. It is a solution that we propose to this problem."