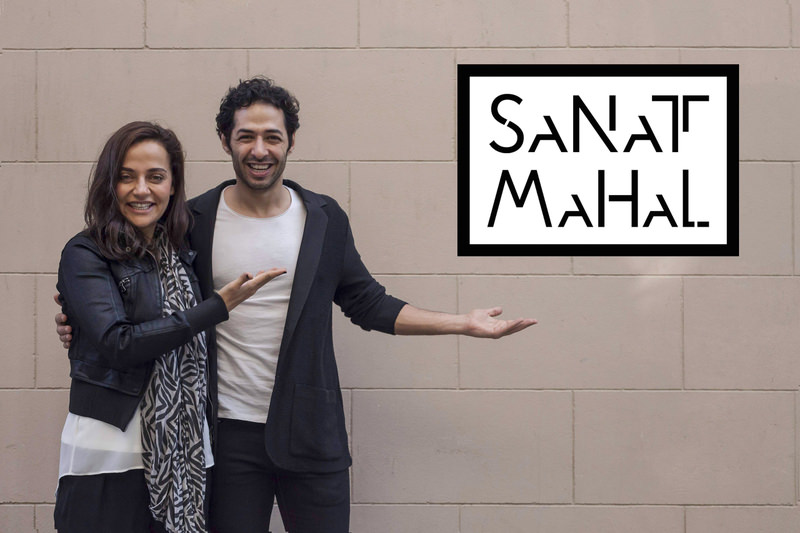 SanatMahal which will host stage plays, concerts, vocational workshops, panel session and feature a bookstore as well is opening its doors to the art buffs in Bursa. Initiated by a young and dynamic team from the art and culture industry including recognized actors Mert Fırat, Didem Balçın, Volkan Yosunlu and director İlksen Başarır welcomed is welcoming its first visitors. Located in Bursa's Nilüfer district within Çağdaş Eğitim campus, near Uludağ University, SanatMahal primarily aims to become the center of cultural and artistic life in Bursa by enabling as many theatre and dance companies as possible to stage their plays in Bursa and bring domestic and international events together with the audience in Bursa.

Apart from being a stage where Turkish and international theatre companies will stage their productions, SanatMahal will also offer various educational, hobby and vocational workshops for people of every age. Moreover, SanatMahal will host guest theatre companies and enable them to stage their own productions, the cinema halls will become a center for independent film screenings and numerous music bands will be invited to Bursa to perform. The book signing session which will be organized periodically will bring prominent figures of literature together with bookworms in Bursa. On the other hand, the bookstore established within SanatMahal is designed for creating a personal place for book readers where they can get their hands on books on art, literature, research, philosophy, science, history, psychology, communication and economy. The bookstore will enable adult readers to discover new authors and the new works of the authors that they are already familiar with. What is more, the literary needs of children and their world will be also met at SanatMahal.

Grand Stage: With its 300 seat capacity, the Grand Stage will be the meeting point of stage plays, concert organization, dance and other contemporary art performances.

Studio Halls: Two studio halls which will be on the same floor with the grand stage will feature workshops intended children and adults of every age.

Cinema Halls: Two cinema halls with 100 seat capacity each will screen examples of the Turkish and world cinema in five sessions a day for the audience in Bursa.

Bookstore: Books on art, literature, research, philosophy, history, psychology, communication, economy and scientific publications will be featured as the bookstore of SanatMahal. The bookstore will also have a special section for children.