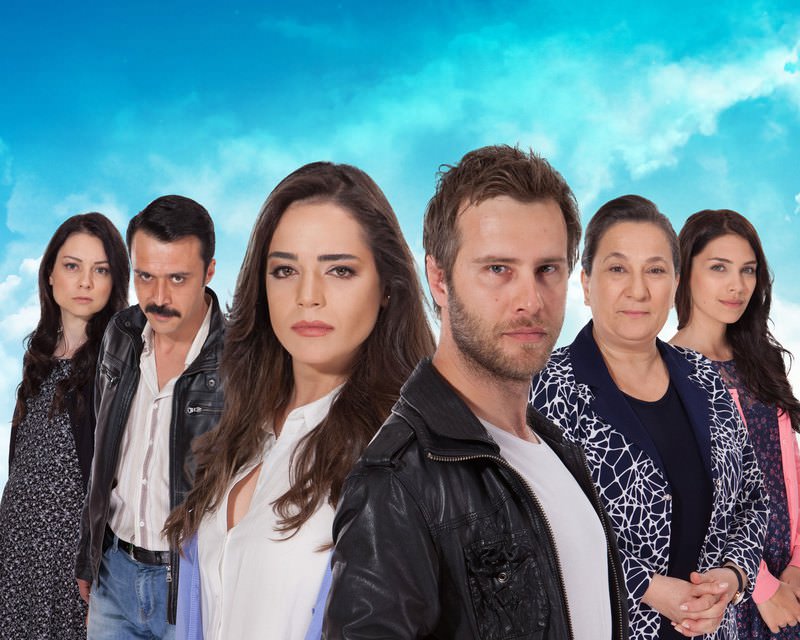 Having garnered increasing attention from around the world, Turkish TV shows recently took part in MIPCOM, a fair showcasing the world's entertainment content market. Turkey was the honorary guest at the MIPCOM fair held in Cannes, where TV content creators from 112 countries participated. Turkey is expected to collect $350 million from exporting its TV shows.

Turkish TV shows and content have lately become frenzies in various regions like the Balkans, the Middle East and South America. Formerly, Israel was the main actor in the TV series sector. However, Turkish shows seem to have replaced the Israeli series. Besides, Turkish series have come to inspire ideas and plots for international market. Turkish TV channel ATV introduced new series titled "Kırgın Çiçekler" (Orphan Flowers) and "Eşkıya Dünyaya Hükümdar Olmaz" (Bandits) at MIPCOM. More than 100 TV executives came together at the 'Turkish Drama Lunch.'

Sinan Özedincik, a columnist at the Turkish daily newspaper Sabah, participated in the fair to observe Turkey's stance among other players in the fair. Özedincik stated that Turkey outdid Israel. He also conducted an interview with Metin Ergen, General Manager at ATV. Ergen said that Turkish TV shows were mainly exported to Turkic republics, Middle Eastern countries and the Balkans, although the export chain later expanded to reach Eastern and Central Europe, Russia, Baltic countries and South Africa. In addition, Latin American and far Eastern countries screened Turkish shows last year. Metin Ergen stated that initially the license price per episode was ranging between $1,000 and $1,500. Now, market value for one episode is more than $250,000. When the total income from the export to whole countries is considered, the price goes up to an average of $500,000 per episode.

Evaluating the journey of the Turkish TV series, Ergen noted that the private TV sector came into Turkey in the early 1990s as a consumer, and began to produce value in a fairly short time. In the 1990s, Turkish audiences would watch American and Latin productions. Now, Latin American TVs have been conquered by Turkish shows. Having attended related fairs for the last 10 years, Metin Ergen has noticed that foreign audiences know Turkish shows by heart. "People in each and every country where our series are screened are happy with our productions. Currently, 130 countries have access to Turkish productions. In nearly 70 countries, people are addicted to our stuff. The next step should be to increase our presence in Asia," he noted. "The most surprising case for us is Vietnam. We have been there for six years and people adore our actors and actresses. For instance, the famous Turkish actor Kenan İmirzalıoğlu could not walk in Vietnamese streets without being interrupted. This is surprising, as well as pleasing."

Apart from private TV channels, the state-run TRT channel also exports series. Negotiations are ongoing for "Resurrection: Ertuğrul" and "Filinta." "Resurrection: Ertuğrul" depicts the foundation and the first years of the Ottoman Empire, while "Filinta" is a detective story taking place in the Ottoman era. TRT's "Yunus Emre" has been sold to Asia, the Middle East, Indonesia, Pakistan and Afghanistan.
Last Update: Oct 15, 2015 10:39 pm