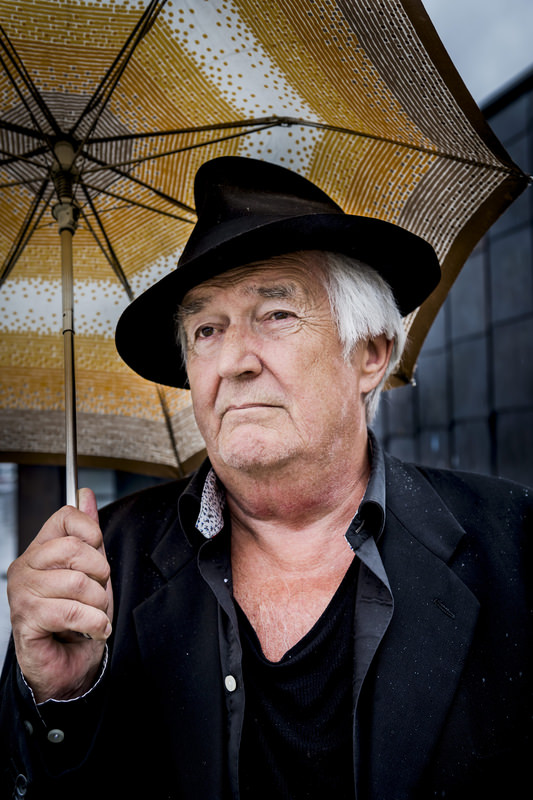 by Daily Sabah with AP Oct 16, 2015 12:00 am
Swedish crime writer Henning Mankell, a Mozambican friend said, lived with "one foot in the snow and one foot in the sun," splitting his time between Sweden and Mozambique. While Mankell, who died Oct. 5 after a battle with cancer, is known globally for his novels about the morose police inspector Kurt Wallander, he was remembered in Mozambique this week for how he immersed himself in a country struggling to recover from war, directing theater and helping charitable causes.

A Mozambican woman who lost her legs in a mine blast when she was a child and later got help from Mankell joined a memorial service Monday in the capital Maputo at Teatro Avenida, where the Swede was artistic leader, according to people who were at the event. The German and Swedish ambassadors, and Mozambique's culture minister, attended the tribute. So did Mia Couto, a prominent Mozambican author who described how his friend "divided his life" between Sweden and Mozambique. Couto said Mankell was more than a writer, not just collecting stories on travels around Mozambique but also getting involved, helping to build a village for orphaned children in Chimoio, a provincial capital. "He was participating in the process," Couto said in a telephone interview with The Associated Press.

Henning MANKELL is also known for his support of the Palestinian cause following Israeli attacks. He was on the MS Sofia, one of the boats that set off to help break the Israeli embargo on the Gaza Strip on May 31, 2010. After the Israeli Defense Forces boarded the flotilla using disproportionate force against civilians who hoped to help Palestinian people, MANKELL was deported back to Sweden. Mozambique's war against Portuguese colonizers ended with independence in 1975, but civil war followed until a peace deal in 1992. Today, the economy is growing fast, although Mozambique remains very poor. Mankell first went to Africa in 1973 and settled part-time in Mozambique in the 1980s. Some of his novels, including "Chronicler of the Winds," are based in Africa. Irina Schoulgin Nyoni, Sweden's ambassador to Mozambique, said the theater memorial was moving. "I think his personal engagement was something that made him very special here," she said.
Last Update: Oct 16, 2015 2:08 am
RELATED TOPICS