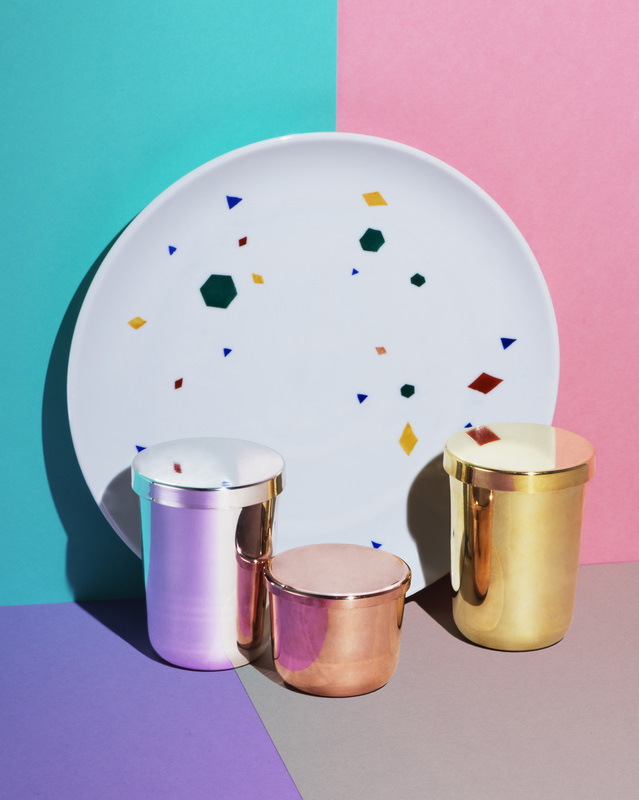 The event brought three of Turkey's rising designers to an emerging hub for design. "We felt it was important to highlight up-and-coming designers at Dubai Design Week," explained Sinem Kocayaş, who represented Istanbul Design Week at the exhibition. The three design firms who participated are on average only 3 years old. Designers included Mahmut A. Kefli of Escape from Sofa, Doğanberk Demir and Yeşim Eröktem of Day Studio, and Halit Berker of Halit Berker Design and Furniture. Escape from Sofa offered stylishly designed chairs and other pieces of Turkish furniture that featured Nordic simplicity. Halit Berker left a successful advertising design career to focus on developing bold furniture that invoked the 1960s and 1970s. Finally, Day Studio offered lighting and handcrafted accessories with an Ottoman reference.

Dubai Design Week kicked-off with a press conference for the release of the Middle East and North Africa (MENA) Design Outlook 2015 from Deloitte, which highlighted the importance of the United Arab Emirates (UAE) for the MENA region. The report was commissioned by the Dubai Design and Fashion Council, and the Dubai Design District found that the UAE's design market earned $27.6 billion in revenues in 2014.

Yet, Kocayaş believes Turkish design firms will be drawn to the Emirati market for more reasons than the size of the market. "For Turkish designers, Dubai offers more than just the ability to target consumers and the retail sector. There are lots of new restaurants and hotels opening in Dubai. These businesses are looking for style and design elements to distinguish themselves, and some of those needs can be met by Turkish designers," she said. Kocayaş added that Istanbul Design Week's participation in the Dubai event served as recognition for what Istanbul Design Week has achieved in the 10 years since the event was founded. Of the invited cities, Istanbul is geographically the closest to Dubai. Other design week delegations came from Mexico City, Beijing, Helsinki, Melbourne and San Francisco, each of which sent three designers to the event that drew thousands of visitors.

Tourists looking for something uniquely Turkish, other than souvenirs, are one of the target customers of Day Studio, who have designed handcrafted household objects inspired by the landmarks of Ottoman Istanbul. A series of wooden containers on display in Dubai included stylized versions of the Hagia Sophia and Galata Tower. Elsewhere, the designers invoked a similar sense of deconstructed "Ottomanism" with a plate made from marble that invoked Istanbul's Sultanahmet district. Day Studio see their project as an effort to revive the Grand Bazaar as a historic design cluster. "Istanbul's Grand Bazaar once offered products that reflected traditional craftsmanship and artisanal products. These days, few of the products there have meaningful Turkish design input," Demir said. Day Studio has worked with Turkish craftsmen who operate on the outskirts of the Grand Bazaar in order to help preserve the Grand Bazaar as both a commercial and industrial space.

Escape from Sofa, by contrast, offers a more contemporary approach in its design ethos. "In modern Mediterranean culture, we have the idea of escaping to your sofa. I'm trying to change that by emphasizing the role of design to make the entire home as inviting as the sofa," said Kefli, the co-founder of Escape from Sofa. Kefli studied design both in Turkey and in Sweden. Everything from their "Shorttail Rocking Chair" to the design of Istanbul commercial offices, show that Escape from Sofa maintains a Scandinavian flavor in its simplicity and strong use of wood.

Halik Berker uses wood and warm colors to recapture a retro feel. "Memorable colors; that's what many people remember about classic furniture." he explained. Berker is not afraid to use vibrant colors like yellow, green and red in his furniture. He also designs custom-built TV cases that cleverly turn a high-definition television into a classic free-standing television from the 1960s. "I hate those modern TV cabinets," he said as an Audrey Hepburn movie plays on one of his TV cabinets in the background. Berker once lived in Hoboken, New Jersey, the famed birthplace of the iconic American singer Frank Sinatra. Berker's retro looks would have been a perfect fit for Sinatra's California home.

Berker also spent time living and studying design in San Francisco, "Aesthetically, San Francisco is the closest of all American cities to Istanbul," he said. He later returned to Turkey where Berker spent 11 years working on art direction for international advertising campaigns before launching his design career.

The primary location for Dubai Design Week was the Dubai Design District, an emerging design hub located along the widest section of Dubai Creek. By 2018, this area will feature a 1 million-square-foot creative community, and already features office spaces for both emerging designers and established brands. This reflects regional trends, as the region's fashion market has grown at a compound annual growth rate (CAGR) of 15.7 percent since 2010, compared to a global CAGR of only 3.3 percent for the sector.

None of the Turkish designers had visited Dubai before the event, but Kefli spoke for all of them when he said: "I like Dubai; it's clean and friendly. It is a great design city because this is a place that is growing all the time." The MENA Design Outlook 2015 report projects that UAE's design market will reach $35.9 billion by the end of 2019. Thus, Dubai will likely soon see more Turkish designers soon.