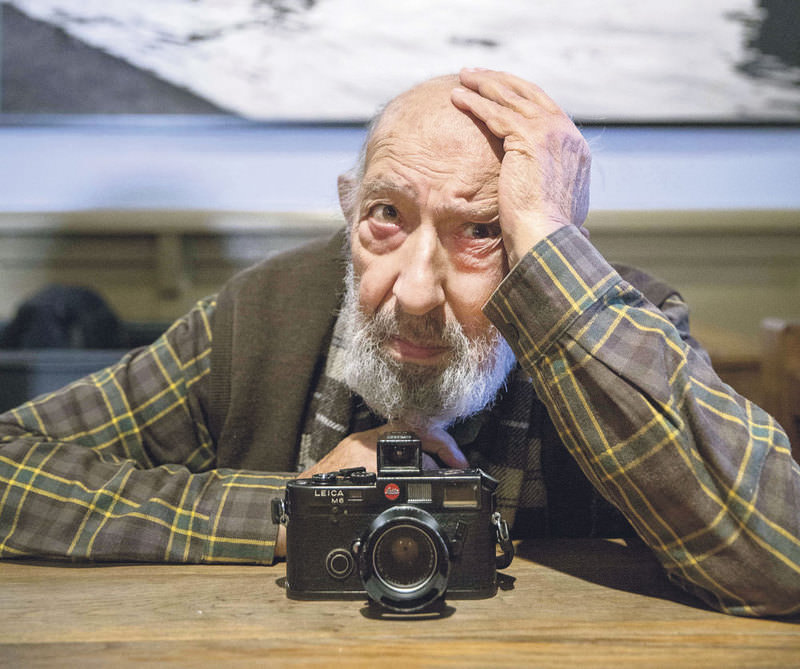 50 famous figures will have their photographs taken with people on the streets such as sellers, beggers, street performers and many more to impart a social message of peace as part of a project titled ‘A Part of A Whole'

The A Part of a Whole project, which was initiated by Medyadoktoru Production and supported by the Beyoğlu Municipality, will photograph 50 well-recognized figures of Turkey with characters chosen from the crowds such as simit sellers, street performers, chestnut sellers and people from other professions, to give a social message. The project has been given the green light with photographer Ara Güler and he posed with his counterpart Eren Yiğit to support the project. The producer of the project, Savaş Uğurlu, told Anadolu Agency (AA) that 50 well-known figures from sports, art, commerce and business have committed to the project. He said that negotiations still continue with Sezen Aksu, Tarkan, Kıvanç Tatlıtuğ, Burak Özçivit, Meryem Uzerli, Acun Ilıcalı, Burcu Esmersoy, Hande Yener, Murat Boz, Gülben Ergen, Yavuz Bingöl, Vatan Şaşmaz, Rıdvan Dilmen, Hasan Şaş, Metin Tekin and Ümit Davala. "Our project developed during a period in which we need unity and solidarity the most. The project has been supported by various nongovernmental organizations and celebrities. With the contributions of Beyoğlu Municipality, we kicked off our project with photography connoisseur Ara Güler," Uğurlu said, adding: "In fact, our laundry is hung to dry under the same sun; as Turkey, we are one, parts of a whole."

He said it is no accident that the project was developed in a time when we need solidarity and the project is infusive, which will affect the entire society. "Our aim is to give the message: 'We are the parts of a whole,' to our society and highlight the concepts of friendship, peace and solidarity by taking into consideration the unfavorable incidents that Turkey experienced and the games that external powers play on our country," Uğurlu said. He added that they plan to make a music album similar to the former "We are the Champions" project, which included various international artists singing the famous Queen song.

Also speaking to AA, Güler, said these kinds of projects are effective in bringing society back together. He said there were certain social disconnections in Istanbul before, as these kinds of projects and events did not take place, but negative incidents do not occur frequently since social projects are undertaken. Güler stressed that Istanbul was home to various civilizations throughout history, and continued: "Istanbul is a huge city with a population of 20 million. Being an Istanbulite is a privilege because there is a rich culture as a result of the civilizations that have lived in this region. This richness has paved the way for the development of a number of important poets, writers and architects here."

Güler also called Beyoğlu "Little Istanbul." "Beyoğlu is a small reflection of the city itself," Güler said. "People who lived here made huge contributions to the arts, science and sports with their extensive knowledge and experiences. Istanbul is

a cultural treasure that should be put to good use. I have put the photos that I took around Istanbul's streets on display for the world to see for years. My colleagues served the city in other terms. We are actually the product of these lands; parts of a whole." Beyoğlu Municipality Mayor Ahmet Misbah Demircen said the project is based on the idea that humankind is obliged to live together on earth, and added: "Civilizations become strong if they are able to live together."