Broadway sell-out to be staged in Istanbul 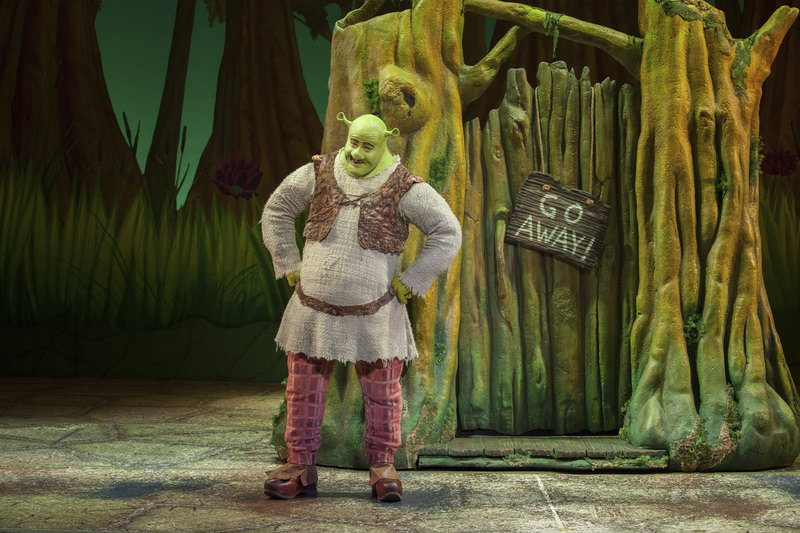 by Zeynep Esra İstanbullu
Nov 07, 2015 12:00 am
The highly praised "Shrek the Musical" will come to Turkey for the first time from Jan. 22 to Feb. 7. The Zorlu Performing Arts Center (PSM) will host the original production of DreamWorks Theatricals, Broadway Entertainment Group FZ LLC and NETworks Presentations for 22 exclusive shows. The production's music was composed by Jeanine Tesori and was written by David Lindsay-Abaire. The musical will be staged in English with Turkish subtitles provided during the show.

Adapted from the Academy Award-winning animated film from DreamWorks, the musical is about an ugly ogre that tries to save a vivacious princess in a faraway land. The ogre is accompanied by a chatty donkey, a tempered villain, a grumpy cookie and a dozen other absurd fairy tale characters. The need for a real hero emerges in the chaotic atmosphere of the kingdom, but thankfully Shrek emerges as the hero among the odd crew. If you want to watch this entertaining musical with your family, you can purchase tickets at www.zorlucenterpsm.com or at Zorlu PSM counters. Those of you who are fast enough can also benefit from Zorlu PSM's special offer to get four tickets for the price of three.