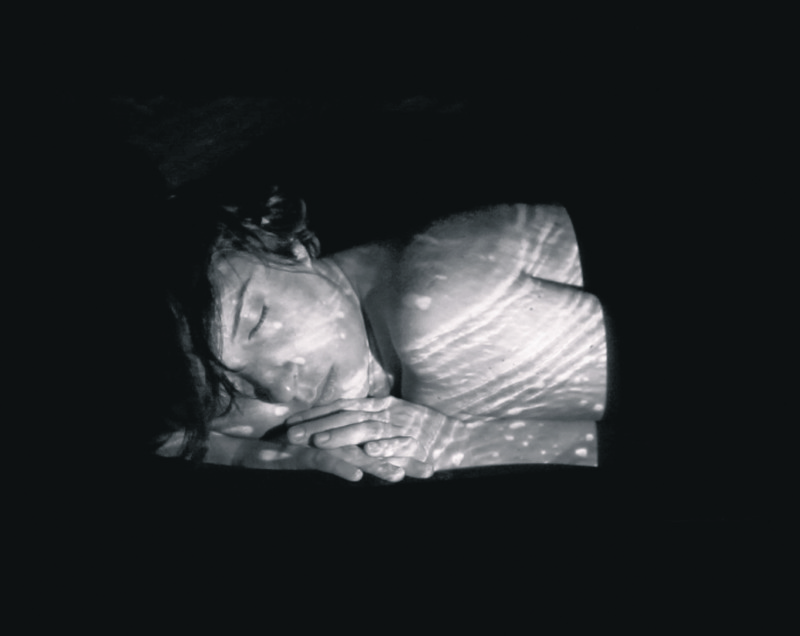 The image could hardly be more tranquil - a young woman sleeping while projected images of waves rise and move on her body like reflections of the dream she is having. Titled "Tide," this is one of the two video works in Aslı Narin's second personal show, "Flow," which continues in one of Galata's hippest art galleries, Öktem & Aykut, until Dec. 12.

Narin is a graduate of Sabancı University's prestigious Visual Arts and Communication Design Program, which has built a reputation as one of the leading programs for Turkey's new generation of contemporary artists. Born in 1985, Narin completed her graduate studies at Goldsmiths, University of London and had her first solo show, "Spin," at the Kasa Gallery on Bankalar Street. She is currently teaching with the Faculty of Communications at Kadir Has University and is pursuing her doctorate at Yıldız Technical University.

"From an early age I was obsessed with the sea," Narin told me last week. "I remember listening to the sounds of the waves. I would watch them carefully while going fishing or going on cruises with my family. My dad loves the sea so much. We used to spend a lot of time on the sea, and it was a very calming experience. I was really bad at swimming, as I was afraid of getting into the deep waters. I have had these conflicting feelings for a long while and decided to make them my own by portraying one of my sea videos accompanied by a soundtrack that evoked my fear of the sea. My dad used to tell us that the sea never jokes and that you never know what can happen at sea despite all of your nautical experience."

Narin's photographs are grouped under two series, "Inlands" and "Think of the Wind." These sets differ greatly in technique and approach to their subjects. In "Inlands," we are presented with images of mist-covered, mysterious plateaus from northern Anatolia. This series "presents a sublimity that soothes the mind which has been exhausted by unanswered questions," according to the exhibition brochure. "The tired individual of late modernity finds acceptance within the fog rather than unease; she approaches the rugged mountains and steep paths not as exotic, unknown places but as territories she has conquered." 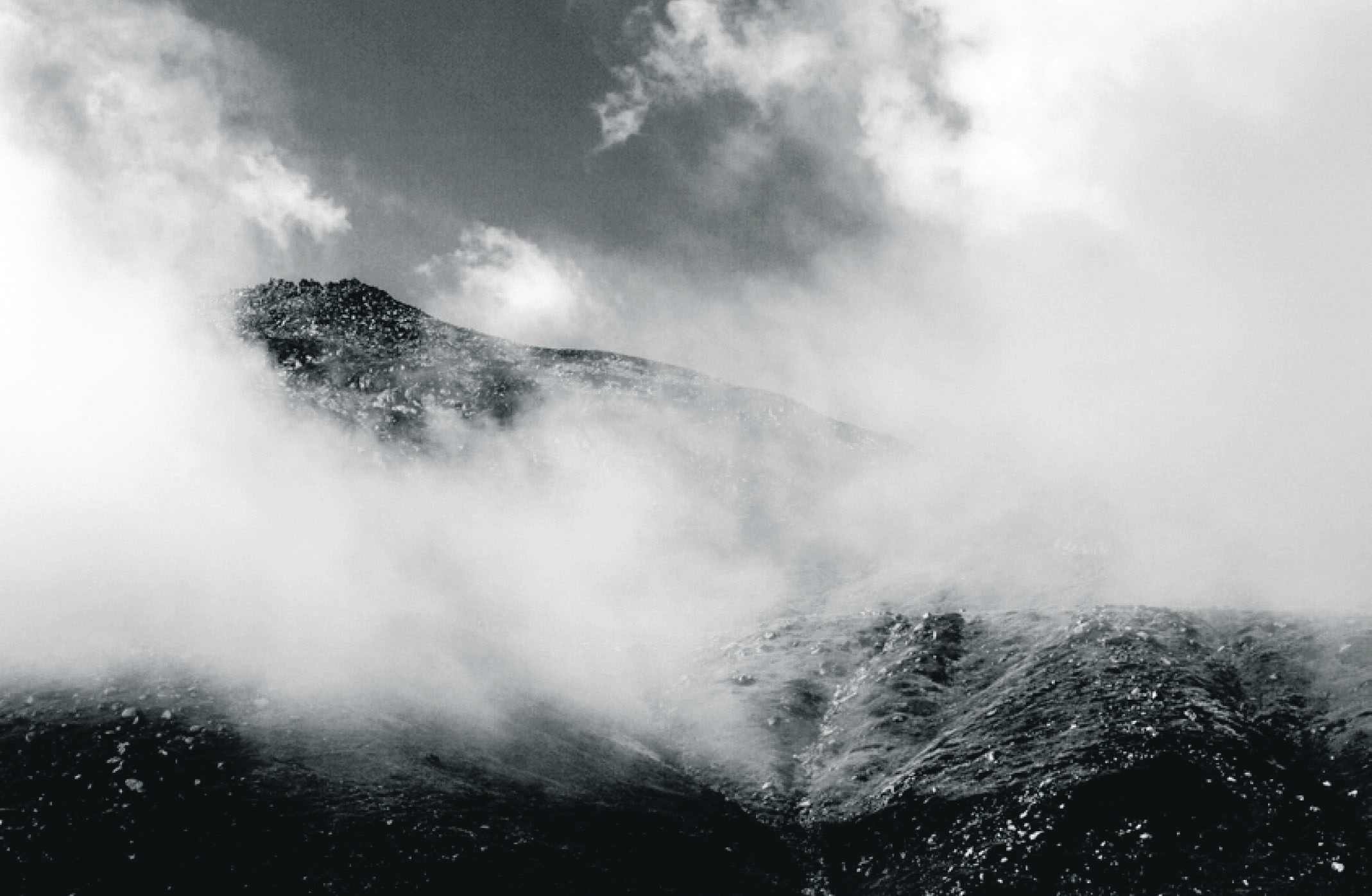 "I took these shots while climbing in the Kaçkar Mountains. The 'Inland' series was my starting point for this exhibition," Narin explained. "After deciding to do the show, I thought of ways to travel into my inner self and in outward directions as well. I decided I could experience this by traveling to polar extremes in both directions. On one level, hiking was one source of my inspiration and this was my first time hiking. I also tried yoga, meditation and read books about methods for achieving mindfulness." The title of the exhibition, "Flow," came from Narin's experiences in the Kaçkar Mountains.

In the "Wind" series, Narin considered herself more a photographer than a hiker. "There I tried to capture light and focused on my compositions. In 'Inlands,' the footage I captured and what I saw with my eyes were exactly the same, which made the use of my camera less necessary. It was doing its job, naturally, just like my eyes, wandering around the mists and landscapes." Narin believes that this series constitutes the most pure and honest work of the whole show. Equally striking is her "Think of the Wind" series, which turns an absence into a presence. In these close-up shots, the wind, in its intangibility, materializes into physical form and Narin manages to photograph this most fleeting force of nature. 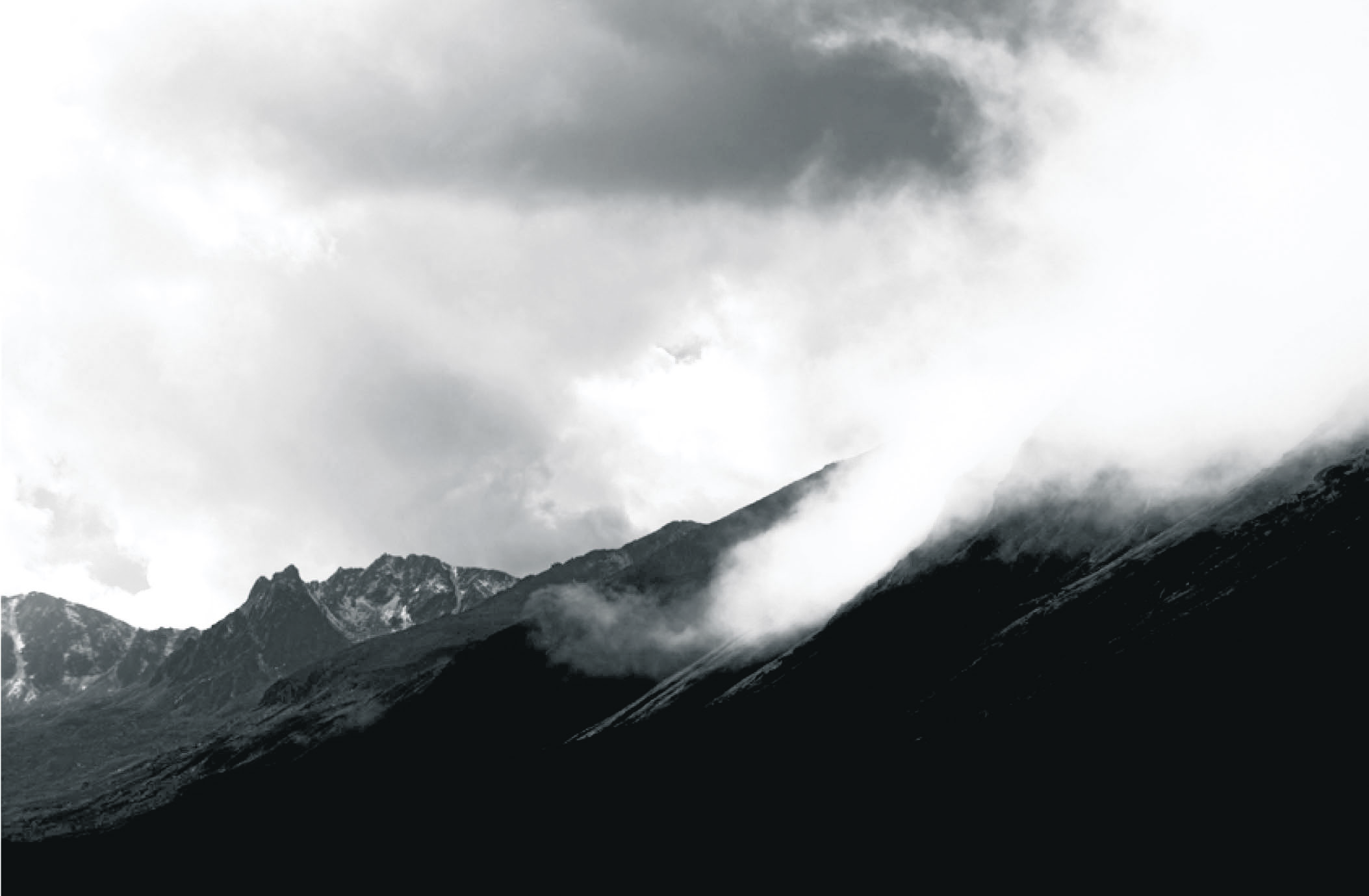 Narin says that Cees Nooteboom inspired her production of the "Movement and Stagnation, the Highest Form of Ecstasy" series that draws a parallel between handwriting and flowing water. "I was collecting quotations and sentences from my readings while working on this exhibition," Narin said. "I tried to collect quotes about the different forms of travelling, and Cees Nooteboom was one of the writers who inspired me the most; namely, with his book 'Nomad's Hotel: Travels in Time and Space.' I love the prose he uses in this book because it combines bodily and existential aspects of a journey. This quote was part of a sentence I have written down ... I used the flowing water to project my handwriting. Why? Because I feel like I let myself flow through my photography, as well as through the words and sentences I have collected on my journey as I prepared for this exhibition. I wanted to convey that feeling visually. It symbolizes my philosophy as a photographer." 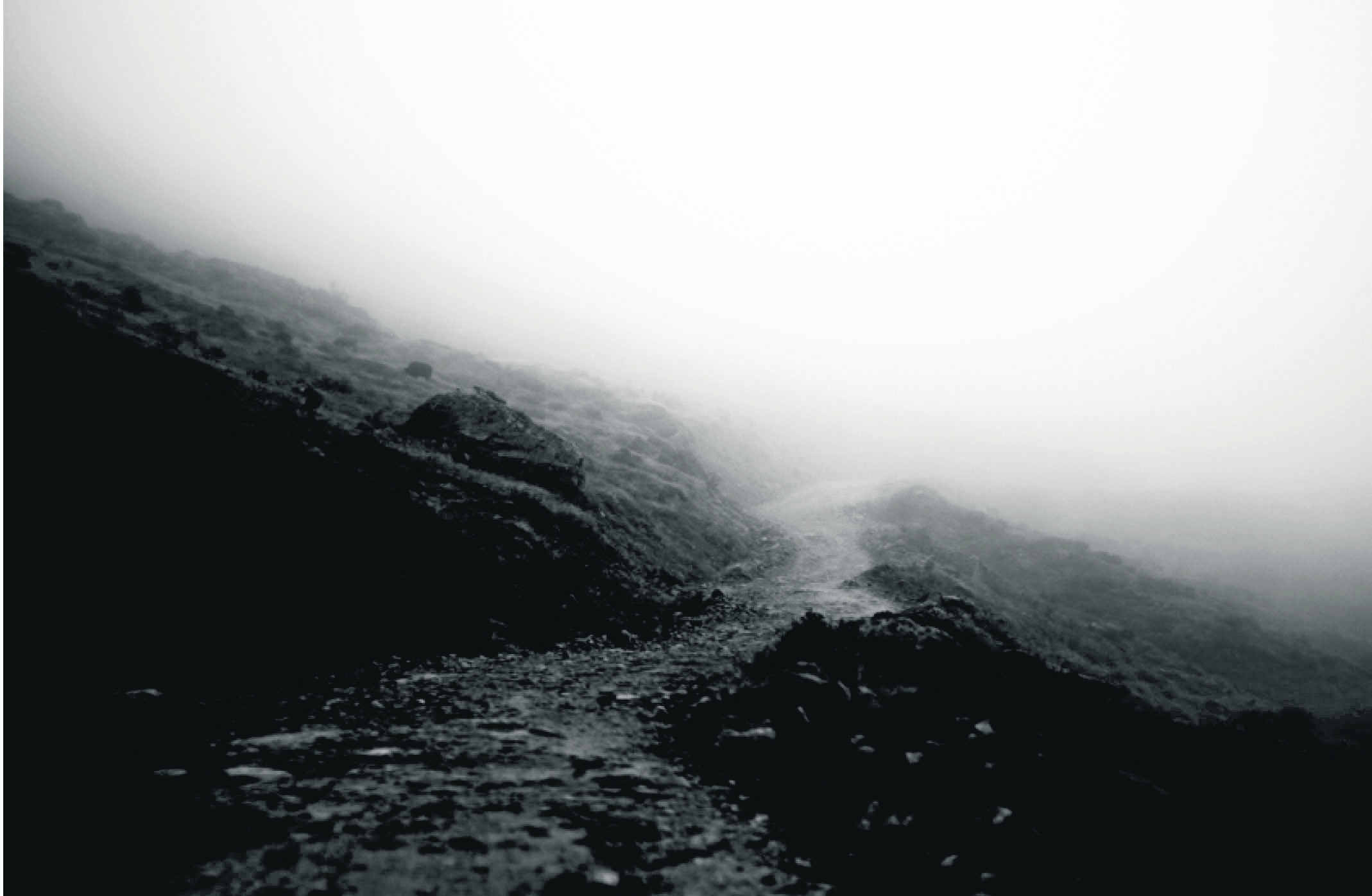 The subject of "Flow," according to the exhibition brochure, "is a wanderer in search for the answers to numerous questions." These questions also surface in "'Millions of Pieces," the only other photograph that does not belong to a series; it portrays the fact that nature will only respond with numerous new questions to the already existing ones in the wanderer's mind. The images of birds captured as they fly, seeming to exist on different levels, are indistinguishable from their original images; implying the endlessness and the ephemerality of both the questions in the wanderer's mind and the responses from nature."

I asked Narin to reflect on the continuity of the nature theme in her Kasa Gallery exhibition "Spin" and the current show. "In 'Spin,' I was more like a person who worked hard to get immersed in nature ... There was some distance between myself and nature as well as in between myself and the nature of myself. In this exhibition, I feel like I got one step closer, digging deeper into pure nature and my pure self... I got more out of this experience in the end by being more experimental and less controlled as a photographer. In 'Spin,' I was sure of where to go and what to shoot. In 'Flow,' I visited places like the Belgrade Forest more than once. I tried to go to as many places as possible, in order to get lost in nature."
RELATED TOPICS