Experience the French way of life 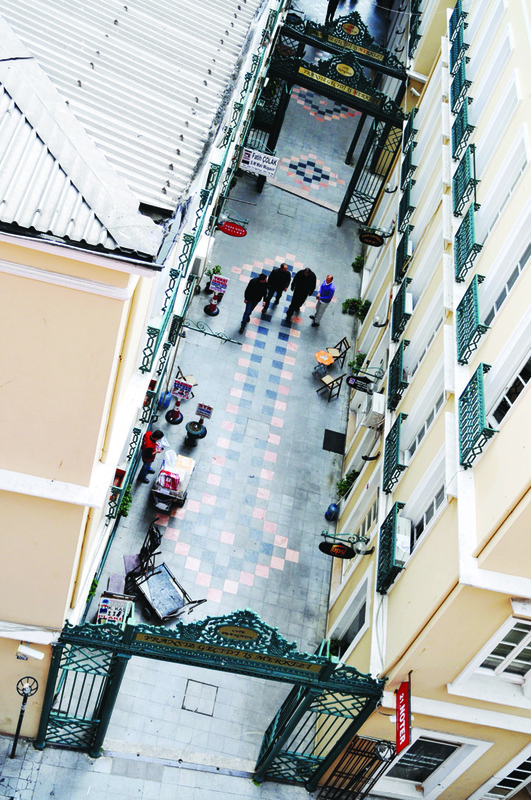 by Arda Sayıner Dec 05, 2015 12:00 am
Last week, I attended the French lifestyle exhibition "Art De Vivre a La Française" at the French Palace in Istanbul. Following Riyadh, Beverly Hills and New York, the exhibition was launched in Istanbul – and it was spectacular. A total of 12 French luxury interior design companies exhibited their spectacular pieces in the saloons of the French Palace. The designs, which are the product of unique craftsmanship, reflect the art of French living. In particular, the giant table created by Baccarat was gorgeous. I learned the story of those brilliant crystals from Neslihan Işık, the owner of BMS Furniture in Bebek who is also the representative of Baccarat in Turkey. The brand also launched its corner store at Beymen Zorlu Center last week. During the exhibition, Treca-branded bedding products also attracted my attention. They are marketing their new series of bedding products to the world with the Paris-Istanbul Orient Express brand. Actually, I have seen no better; their quilts are incredible.

The exhibition mostly included the antique products of professional companies in the interior design sector with a history that spans a century, such as tables, furniture, light fixtures, bronze furnishings, home textiles, beds, kitchen ranges, leather furnishings, lighters, pens and accessories, faucets and plumbing fixtures, and wallpaper. The dragon-themed lighters of DuPont and particularly the dove-shaped armature sets of THG Paris were breathtaking. I have never seen a faucet more beautiful.

The hosts of the night were French Istanbul Consul General Muriel Domenach and French Trade Consultant Eric Fajolet. Muriel is a lady, indeed. She is very warm-hearted and sympathetic, expressing herself with the Turkish words she has learned. Eric, on the other hand, conducts successful projects seeking to improve trade ties between Turkey and France. Besides Turkey, he is also a source of pride for his country with the commercial ventures he undertakes on behalf of France in Azerbaijan, Georgia and Iraq. I would like to express my thanks to Muriel and Eric for the exhibition and their excellent hosting.

When France is mentioned, another place that comes to my mind in Istanbul is the French Passage. In fact, the passage was not built by the French. In his memoirs, the author Carbognano notes that when French merchants resided in this region of Galata, Suriçi and an open market was set up on every Wednesday in the region. The use of the passage for the transportation of commercial goods that come ashore in Karaköy to the French commercial zone caused the establishment to be called the French Passage. Today, it hosts restaurants and cafes. I recently visited the Ops Passage Restaurant, which is under the management of Yasin Kalender. The venue attracts attention with its architecture. There are New York City-style modern and asymmetrical designs. His architect, on the other hand, is his wife, Esin Sözen Kalender. The place is adorned by the paintings of Yiğit Yazıcı. I learned that "ops" means abundance in Greek mythology. The venue offers world cuisine, and there are different tastes created by the Peruvian assistant chef, Roberto Segura, as well. In particular, the Salmon Ceviche catches the eye. It is prepared with special Peruvian corn, salmon, coconut juice and mango. In addition, the jumbo shrimp fried in quinoa and the pea soup with Bosnian pastrami are both great. As for the deserts, I recommend the peppered chocolate fondant. You may stop by Ops Cafe in the corner of the passage for breakfast or a coffee, and I encourage you to visit Ops Passage to taste world cuisine. In the upcoming weeks, I will tell you about the French restaurant Le Petit Maison.

Since we are talking about France, I want to recommend a new movie that is set in France during the 1970s called "By the Sea." The film is about an American writer named Roland (Brad Pitt) and his wife Vanessa (Angelina Jolie), whose marriage is facing a crisis, who move to a seaside town. "By the Sea" is inspired by the European cinema and theater of the '60s and '70s, which regards themes that encompass the reflection of the human experience. Although the recent movies are quite good, where you are going to watch the movie is also important. We spoke about the issue with the successful owner of Leo Yapım, Koray Ersu, the other day. Ersu stressed that he finds the lack of care for the audience in theaters offering boutique services by public relations teams odd. Observing the standards of film industry professionally and touring the world in this respect, Koray is someone whose views I highly trust. He recommended the İstinye Park Theaters for their visual, seating and the audio systems. My favorite, on the other hand, is the Palladium theaters. As Koray said, we hope the sector will increase the number of open-air cinemas and launch theaters offering VIP services. Enjoy the movie!