Apricots from Damascus: A show devoted to exploring cultural immigration 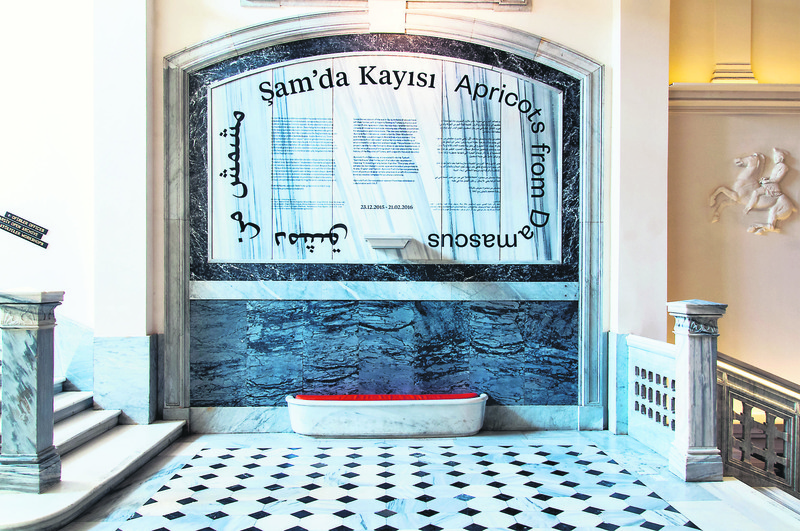 SALT Galata's latest exhibition focuses on the relics from waves of immigration, zines and the transformation of Istanbul's art scene

During the 20th century most people in Turkey had little interest in, or idea about, their country's historic and geographic ties to its neighboring countries. From Iraq to Syria, countries that shared numerous cultural features with Turkey, were seen as part of "the Middle East swamp" from where Turkey was advised to keep its distance. This attitude changed during the past decade with a renewed interest in the history of Turkey's geography. More recently, the escalation of the war in Syria which forced millions of people to flee their homes had a curious effect on the renewing of ties between Turkey and Syria. That most of the Syrian refugees had traveled to Turkey became part of a growing process of encounters and interactions between artists from two countries. It is this interesting phenomenon that Dilek Winchester and Atıf Akın explore in "Apricots from Damascus," a zine and exhibition project that is on display at Istanbul's Salt Galata until February 21.

"Apricots from Damascus" translates to Turkish as "Şam'da Kayısı." The Salt exhibition uses the idiomatic meaning of this expression, "It does not get any better than this" (Bundan iyisi Şam'da kayısı) as its starting point.

"In most Romance languages, the word for 'apricot' is 'damasco,' which indicates that the sweet fruit was associated with Damascus, in Syria," Atıf Akın told Daily Sabah in an interview last week. "The apricot, however, was also known in Armenia during ancient times, and has been cultivated there. Its scientific name, Prunus armeniaca (Armenian plum) derives from this origin. 'In Apricots from Damascus,' the apricot, its origins and history, symbolically represent the multilayered issues such as history of mobility and language in the region." 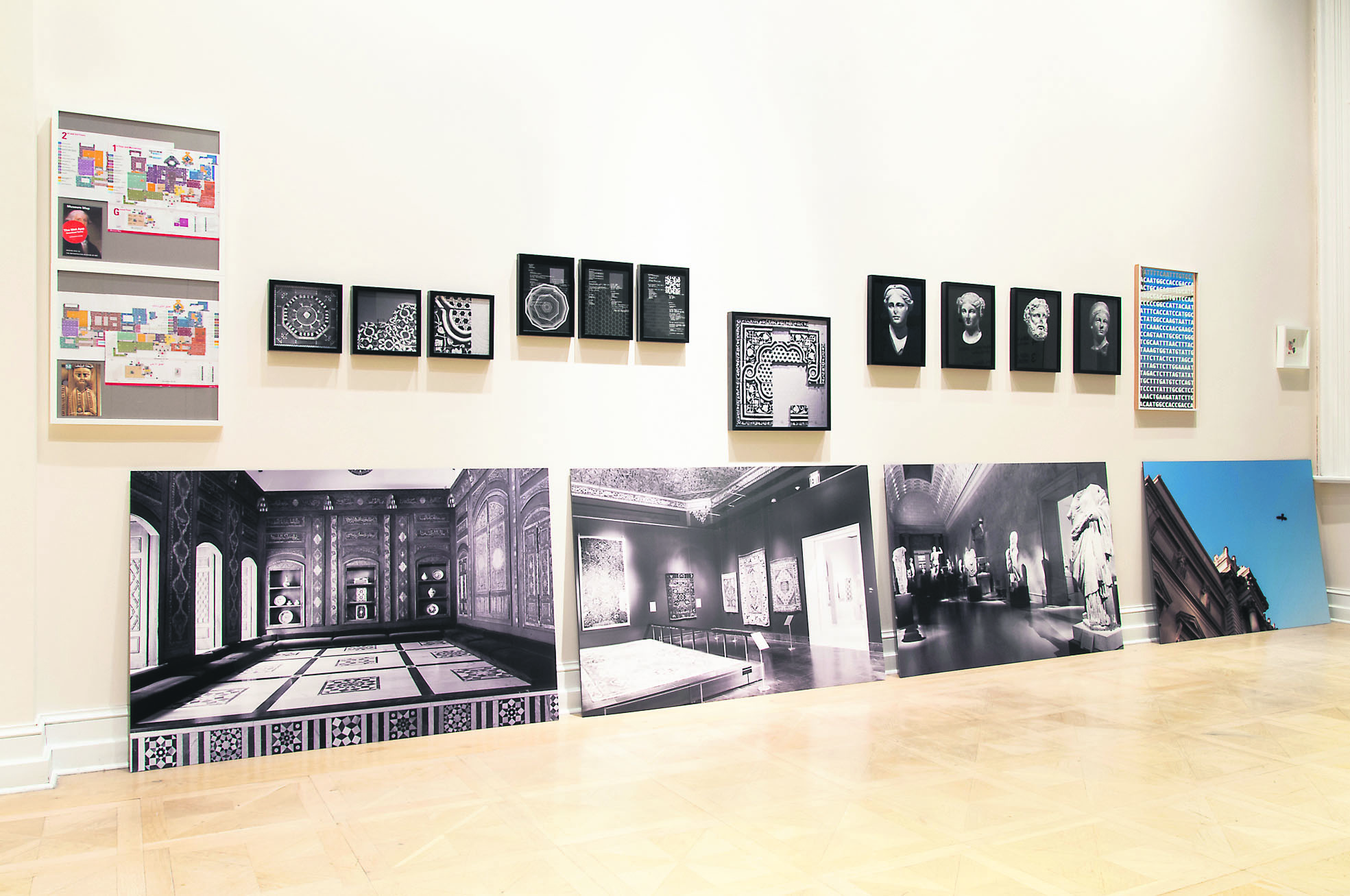 Another source behind the exhibition was a zine called Apricot City A4 which Dilek Winchester published between March 2010 and December 2011 in Istanbul. "Each issue of the zine was edited and designed by a prominent, politically engaged artist or group, including myself," Akın said.

"Apricot City A4, was reproduced and distributed throughout Istanbul by PVC pushcarts, common mobile businesses that provide services such as photocopying, lamination, and an assortment of knick knacks for sale. These car-battery operated pushcarts are part of the informal economy of Istanbul's hyper-urban landscape, their operators strolling around downtown and the historical peninsula in the daytime. Operators are commonly immigrants from Eastern Anatolia, the city of Malatya in particular, which is famous for its apricots. At the time, copies were printed and stapled on these modest portable pushcarts and sold, on demand, for a few liras. In art journals from the end of 19th century story of the apricots from Damascus to Cairo or Venice via Istanbul is told as it is a rich source of sugar, potassium and pigments. They describe the same paths that refugees have to take a century later."

In the exhibition program Akın and Winchester quote Andre Breton's statement, "One publishes to find comrades!" which they said had inspired them in preparing this project.

"We hoped that these fanzines will be copied and distributed and shared in public spaces and reach out to comrades as Breton said. When we first started researching about the subject in Istanbul one of our initial finding was the lack of published resources in Arabic, we hope that these artworks in the form of publications will help fill this gap," Akın said. "I think it's not only for the people who left Syria, but zines have always been an intellectual articulation vehicle for the artists who have less investment in established studio practices." 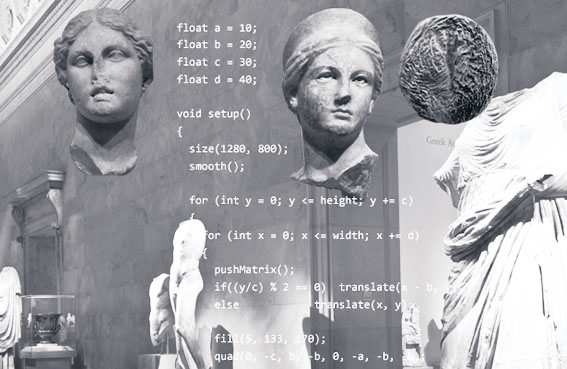 For this project the curators attempted to engage publication as an artistic practice. They wanted to infuse the multilingual community that exists in the entire region but has been fragmented due to political circumstances of the past century. They hoped to bring together like-minded artists and intellectuals through cultural commons, and the shared experience and knowledge about art in exile and mobility.

For this project the curators attempted to engage publication as an artistic practice. They wanted to connect together the multilingual community that exists in the entire region but has been fragmented due to political circumstances of the past century. They hoped to bring together like-minded artists and intellectuals through cultural commons, and the shared experience and knowledge about art in exile and mobility.

"In the urbanscape one can easily observe small businesses and other commercial spaces adapt to the new multilingual reality very easily," Akın said. "Especially with the availability of online translation services and electronic signage we see a lot of multilingualism on the street but this is not the case when it comes to art and culture spaces. There are a few very important endeavors like 'Hamisch' - The Syrian Cultural House in Istanbul or the Pages Publishing and Bookstore but they are too few for a city like Istanbul."

Among the works on display here are Ergin Çavuşoğlu's "Sitting Duck - Falling Duck", a minute-long, two-channel HD video that depicts a group of circus dancers and a dog. This video introduces a sense of movement into the show from its beginning. Another highlight is a large collection of printed material placed on the second floor. One of the works entitled "Institutional Terms, File (1): Index of Terms for Orientalism) consists of fourteen A2 sized posters. These different colored posters feature English words and their descriptions in Arabic. Words defined in "Institutional Terms, File (1)" include paradigm, citizenship, legacy, stereotypes, textuality, secularized, bureaucracy, pseudo-scientific and modernity.

"Pınar Öğrenci had a journalistic piece published on an art magazine in a national newspaper which consisted of interviews and stories about the Syrian artists who were trying to make it in Istanbul. So she was one of the first people that we visited," Akın said, explaining how they invited Öğrenci and Hera Büyüktaşçıyan to contribute to the project.

"I believe multilingual thinking evokes creativity," Akın said. "The translations processes in this project was not easy to organize but actually helped us learn a lot and get inspired."
RELATED TOPICS