Istanbul Modern's new exhibition "Habitat" presents different perspectives of prominent artists of contemporary Turkish photography regarding the spaces that we live in. The photographs of 13 artists, which are selected by Istanbul Modern's Photography Advisory Board, are brought together around the concept of habitat. The exhibition examines the evolving concept of space, which is continuously defined and redefined, and explores Turkish photography's past, present and future.

"Habitat" chooses one of the concepts, which define the setting for life's basic motion and conflict, as its name and theme. Through photographs, the exhibition examines different states of this setting as well as different perspectives and the transformation that this setting has gone through over the years. All living creatures have to adapt to their environment or relocate in order to survive and continue their bloodlines. Hence, the display wants to shed light on their habitats, which are physically redesigned and restructured under the pressure of daily conditions. On the other hand, the exhibition focuses on clashing habitats, which are created by their encounters with different social dynamics and borders that are drawn to determine biological, personal or political spaces. "Habitat" aims to recognize different elements that create living spaces, and it follows the footsteps of an ever-changing balance of power in an objective manner via the works of Kürşat Bayhan, Kerem Ozan Bayraktar, Zeynep Beler, Görkem Ergün, Beril Gür, Çağlar Kanzık, Oğuz Karakütük, Barbaros Kayan, Gündüz Kayra, Neslihan Koyuncu, Desislava Şenay Martinova, Ali Taptık and Serkan Taycan. 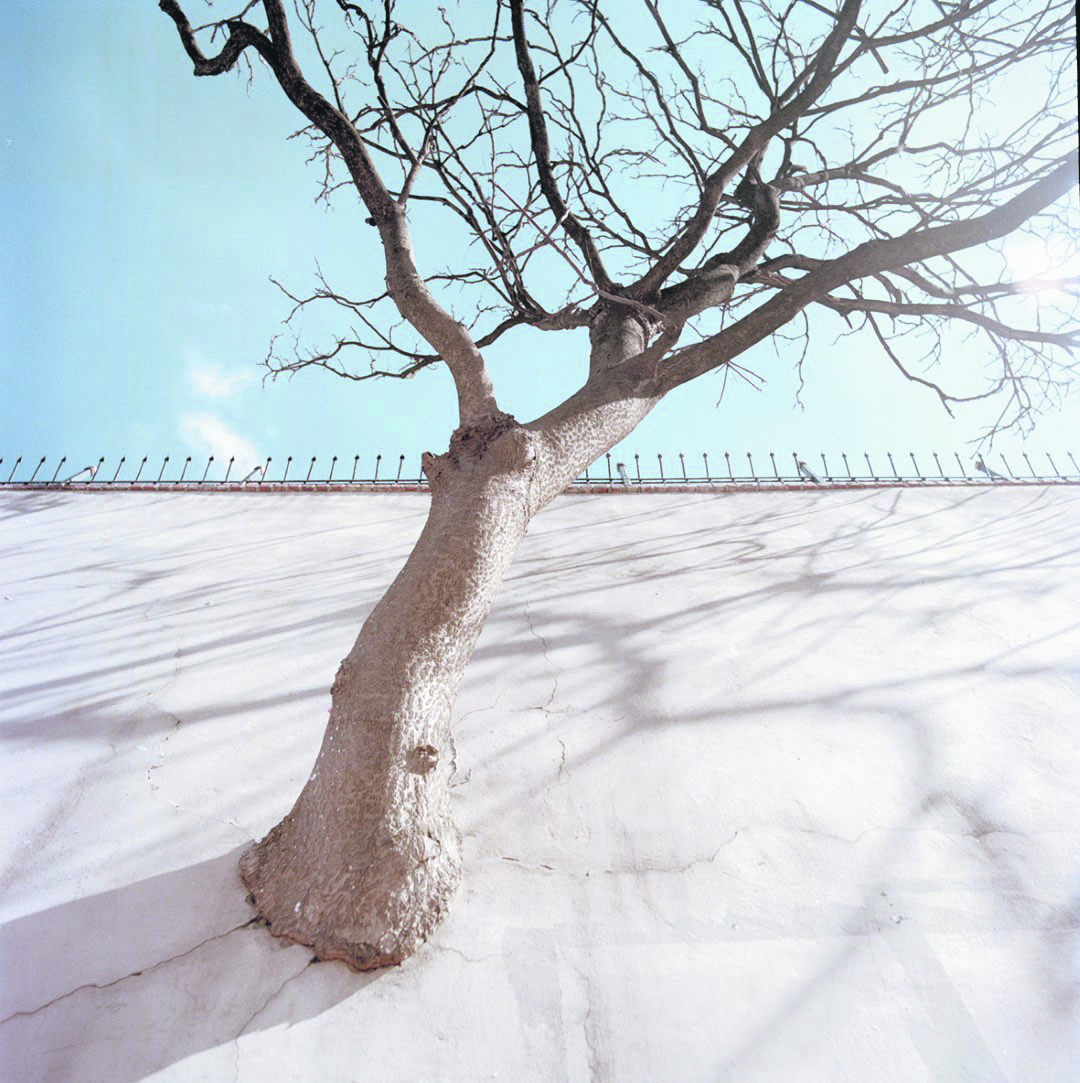 According to Çakırkaya, the discussions continue to center on how individuals are trying to resist the global movements carrying their cities in tow, how the ideal human habitat should be defined and what existing conditions offer us. She said the exhibition brings together different concerns about habitat related to the conflict and search for balance between those with an equal right to determine how the environment they inhabit should be shaped. "The exhibition draws attention to our essential needs for survival as well as the flora of metropolises and their reign over rural areas, the collective memory of cities, which are exposed to transformation due to ever-changing politics and population balances as well as the struggle to acquire housing right," Çakırkaya said. She added: "Our lives and perception of living spaces are framed by the roads we travel to find work or merely 'to find ourselves,' the journeys we take while enclosed by walls and the physical or imaginary borders we draw. The defensive or offensive choices we make to feel safer determine our life strategies. Ultimately, our struggle to have a say on our habitats - the common stage of our lives - brings together different representations of helplessness and power and of dreams and realities."

Artist Kürşat Bayhan's project "Evden Uzakta" (Away from Home), which came into being over a period of five years, focuses on the lives of people who migrated from Anatolia to Istanbul. The artist also documents the places those people left behind in order to witness the diminishing lives of migrants. 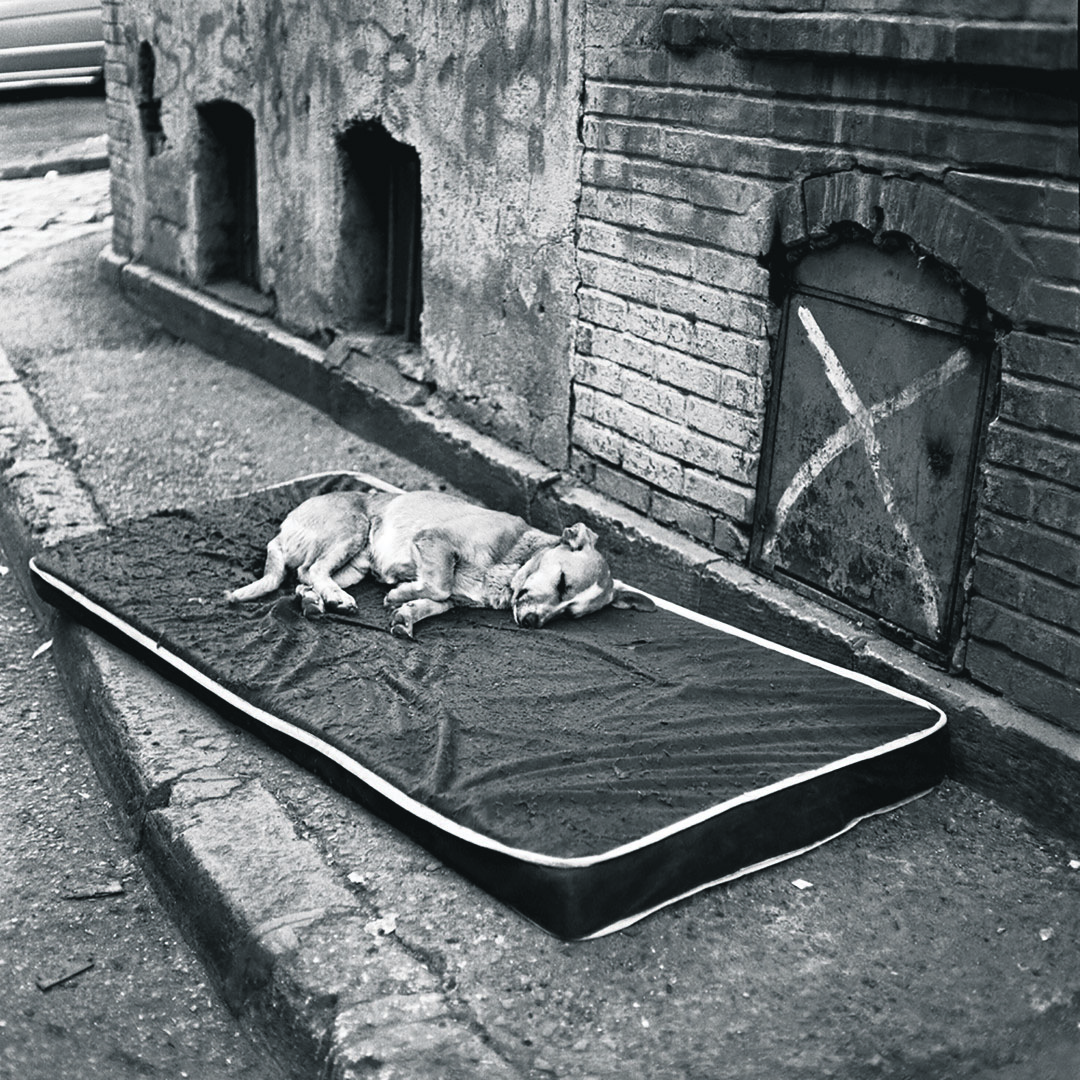 The series "Klimalar" (Air Conditioners) by Kerem Ozan Bayraktar removes windows from the photographs of the facades via digital interference and makes the air-conditioning tools, such as air conditioners and natural gas pipes, more visible. Bayraktar wants to display mankind's struggle with weather conditions in our living spaces and draw our attention to the ordinary of this extraordinary condition. He also brings this closed system into view with his installation.

In her exhibition "Konaklar" (Mansions), artist Zeynep Beler documents the odd solitude of the building complexes with security systems, which were constructed and abandoned for various reasons in İzmir's Urla district. The artist wants to draw the audience's attention to the excessive number of luxurious houses, as opposed to the middle class' need for housing, as migration in Turkey increases.

Görkem Ergun reveals hunting and killing games played by mankind with all its entertaining and manipulative aspects in his exhibition "Yağma" (Plunder). The artist displays the monumental symbols of power by making connections with public statues and old hunting photographs.

Inspired by Xavier de Maistre's book "Voyage Around My Room," Beril Gür sets off on a journey between windows and looks at the streets (the public space) though the private space in her exhibition "Evden Sokak Fotoğrafları" (Street Photos From Home). Through her observations, which were undertaken by hiding in the privacy of a house, the artist documents the absurdity of ordinary situations in daily life.

In his exhibition titled "Ceza" (Punishment), artist Çağlar Kanık takes his inspiration from the drawings of goalposts on the walls of the Bayrampaşa Prison in Istanbul. The first phase of the project shows the audience these walls, which were painted by the inmates. Then, the artist superimposes these drawings onto vast landscape photographs in order to highlight the invisible borders drawn by society and individuals.

Artist Oğuz Karakütük documented nature during his long trips to create a brand new sense of reality in his exhibition "Delta." The artist takes his inspiration from the creation of deltas by the rivers that carry sand, silt, dirt and stones along the way.

In his project titled "Ayazma," Barbaros Kayan focuses on the stories of 15 families living in Istanbul's Ayazma district, which has been declared an urban transformation area. As they have nowhere to go once the rebuilding of the houses begins, these families build sheds out of the ruins of their old houses. When the municipality orders the destruction of these sheds, they build the sheds once again and continue this cycle until they gain their housing rights.

With his project titled "Ege" (Aegean), Gündüz Kaya, who moved to an Aegean town, displays the calm atmosphere that welcomes him after the chaos of the city. The artist follows the footsteps of mankind in nature.

Neslihan Koyuncu's project "Parmak İradesi" (Finger Will) started when the artist learned her mother had cancer and began fighting the disease. Scanning though the photo albums, the artist blocks the scenes that she does not want to see with her finger, and tries to take control over her life and the space that she lives in again.

Desislava Şenay Martinova refers to night as a habitat of its own, and documents the living spaces of people who appear when the darkness falls in her project "Gecenin Varlıkları" (The Creatures of the Night). Focusing on the life at night, the artist reanimates the odd situations she has witnessed.

In his projects "Bir Bitki Örtüsüne Doğru" (Toward to a Flora), Ali Taptık examines plants that try to adapt to city life in detail in order to determine and categorize them. The project focuses on mankind's efforts and ambition to keep these life forms alive or dominate them.

Sercan Taycan approaches the panorama of Istanbul as a new topography, which has changed recently due to urbanization politics. The view of a giant construction site reveals the urban transformation that is conduct in certain districts of the city as well as the circle of different times and places. "Habitat" will be open until May 22, 2016, at Istanbul Modern Photography Gallery.
RELATED TOPICS