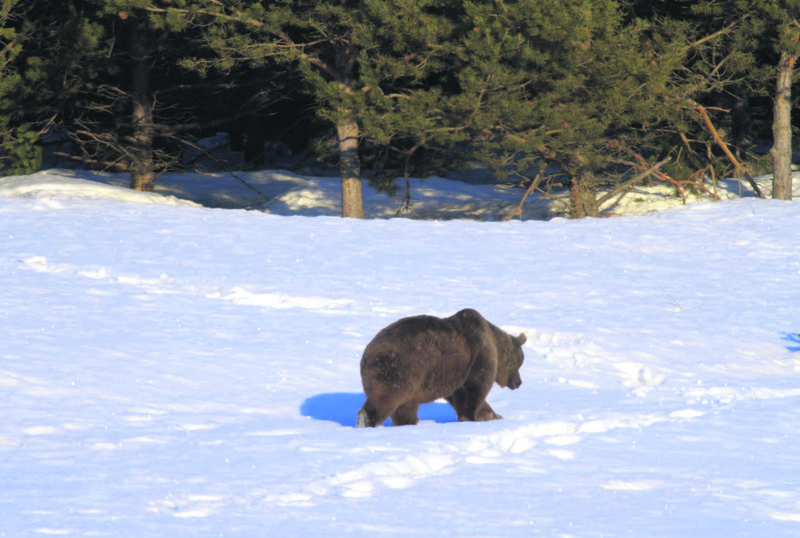 by Dogan News Agency Jan 11, 2016 12:00 am
Anatolia's undiscovered wildlife will be featured in Çağlar İnce's documentary "Henüz Çok Geç Değil" (It's Not Too Late Yet), and will be broadcasted by the state-run Turkish Radio and Television Corporation (TRT).

The documentary series blends Anatolian wildlife with the cultural elements of the different geographical regions. The first three episodes of "It's Not Too Late Yet" will feature the wolves and bears of Sarıkamış, the migration of pearl mullet in Lake Van and small vultures of Beypazarı, respectively. Produced by Dev Belgesel, the documentary series was directed by Kenan Özer. Hüseyin Çağlar acted as the series' project coordinator, while Doruk Engin directed the cinematography. Engin and his team, who are known for their project "Lost Tales" for the Turkey-based nature magazine "Atlas," won the "Best Film" award at the TRT Documentary Awards in 2012 with their film "Half Human, Half Snake," which told the tale of the mystical Anatolian creature Shahmaran. The accomplished crew is now on the roads of Anatolia searching for not just fascinating tales but also wild animals whose habitats are getting smaller every day as well as their impact on people's culture.

Commenting on the documentary series, project coordinator İnce said Anatolia is home to various climates and different habitats, and it has a special place on earth with its cultural features and biodiversity. İnce stressed that numerous endemic plants and animal species are living in Anatolia thanks to its fertile lands and climate, and "It's Not Too Late" will try to raise awareness for the protection of this unique natural heritage.
RELATED TOPICS