Legacy of Ottoman scholar commemorated with exhibition in Istanbul 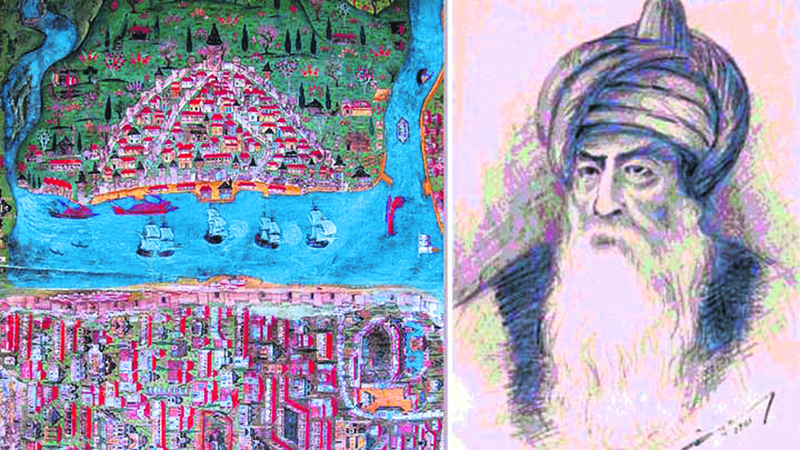 The Ottoman polymath Matrakçı Nasuh, who lived during the reign of Sultan Süleyman the Magnificent in the 16th century, was a Renaissance man whose genius is now being explored through a traveling exhibition

As a famous historian, calligrapher, sword master and mural painter during the time of Ottoman Sultan Süleyman I, Matrakçı Nasuh is the subject of a traveling exhibition held as part of the Istanbul Intercultural Art Dialogues Association's (İKASD) project "16. Yüzyıl Dahisi Matrakçı Nasuh." The exhibition, which was previously displayed in Sarajevo and Belgrade under the auspices of the Presidency of the Republic of Turkey, will be hosted in Turkey for the first time by the Touring and Automobile Club of Turkey. Curated by Beste Gürsu, the exhibition will run between Jan. 15 and Jan. 30 at Dolmabahçe Palace Art Gallery.

The exhibition aims to display and commemorate different aspects and talents of Nasuh through the works of 12 female artists: A total of 30 miniatures, which have been transferred to tile boards under the supervision of tile artist Sevim Ersoy, will reveal Matrakçı Nasuh as a muralist; the verses from the poems he wrote will help the audience witness Matrakçı as a poet; a total of 10 calligraphy works which feature selected couplets from Matrakçı's own poems will show Matrakçı as a calligrapher; and the exhibition also hosts a painting which interprets Matrakçı's life and portrays him as a painter, mathematician and a swordsman. 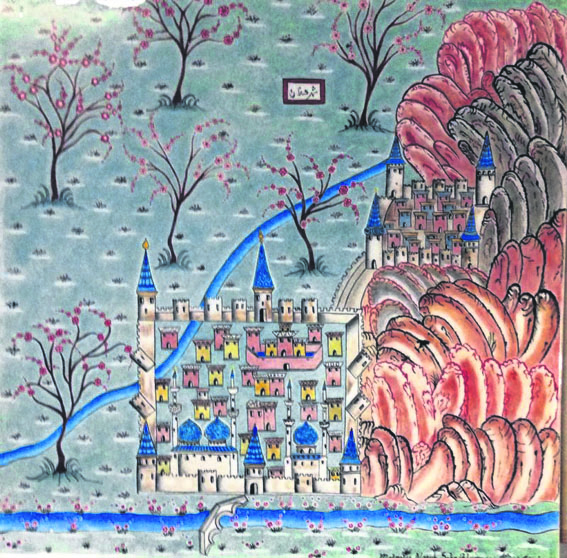 The exhibition explores Matrakçı Nasuh as a muralist, poet, calligrapher, mathematician and swordsman through the works of 12 female artists. Matrakçı Nasuh mapped all of the Ottoman territory, drawing all the roads from Istanbul to Tabriz, Iran, the Mediterranean and Egypt on maps, and painted all the mountains, lowlands, towns and cities along these routes.

As part of the project, Matrakçı Nasuh's book "Tarih-i Sultan Bayezid" (The History of Sultan Bayezid) has been translated from Ottoman Turkish into modern Turkish, staying faithful to the original, and published by the Touring and Automobile Club of Turkey. Turkey's Ministry of Culture and Tourism General Directorate of Fine Arts published a "16th century Turkish Music" album, PTT (Turkish Post) released a special stamp and postcard, and UNESCO Turkey has published a project catalogue to commemorate Matrakçı Nasuh on the 450th anniversary of his passing, listed on UNESCO's "Commemoration and Celebration Calendar."

The project will be displayed in 10 cities in nine countries in three continents with support from UNESCO Turkey National Committee, the Turkish Ministry of Culture and Tourism, Ministry of Foreign Affairs, Yunus Emre Institute, PTT, Daily Sabah, ATV, Art and Life Production, the website İnsanveSanat, as well as CC Translation. The exhibition will be put on display in Vienna following the exhibition in Istanbul.

Regarded as one of the most interesting figures of the 16th century, the swordsman, historian, calligrapher and painter Matrakçı Nasuh was taken into the Ottoman Palace at a very young age. He was educated in Enderun (a special school) during the last years of the reign of Sultan Bayezid II, and was given the nickname "matrakçı," after the martial arts combat sport which he invented. Matrakçı Nasuh mapped all of the Ottoman territory, drawing all the roads from Istanbul to Tabriz, Iran, Mediterranean and Egypt on maps, and painted all the mountains, lowlands, towns and cities on these routes. His most important book "Chronicle of Stages of Campaign of Iraq and Persia," features 88 pages of written text, 107 pages of miniature and 25 pages of written text and miniature. It describes the destination of Suleiman the Magnificent's Iraq campaign. Matrakçı also mapped all the Ottoman territory in Mediterranean, the Balkan Peninsula and Aegean cost with detailed descriptions of the cities through paintings. Moreover, he drew the city walls, castles, barracks and mosques to point out strategic locations in those cities.
RELATED TOPICS