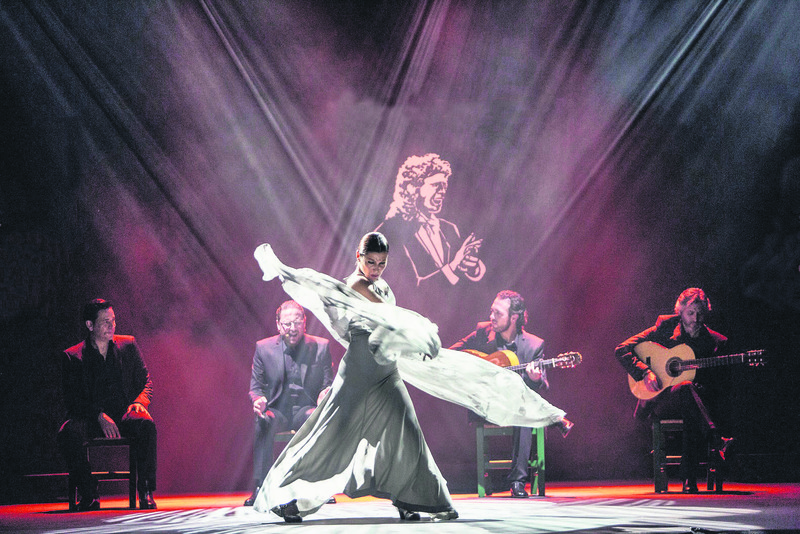 by Zeynep Esra İstanbullu Jan 13, 2016 12:00 am
The world-renowned diva of Flamenco, Spain's Sara Baras, will perform on May 7, 2016, at the Zorlu Performance Art Center in Istanbul in cooperation with IEF Live and Piu Entertainment. The "Good Music in Town" concerts, which hosted international stars including Andre Rieu, Sarah Brightman, Dee Dee Bridgewater and Placido Domingo until today, will continue in 2016 with other legendary names. As part of the "Good Music in Town" concerts, Baras is visiting Istanbul on the tails of Enrico Macias, who became a legend around the world with his unique voice. Recognized as one of the top 50 female dancers in the world, Baras will enchant the Turkish audience. The tickets for Baras' widely-anticipated flamenco show, which she performed more than 2,500 times all around the world in some of the most esteemed theater halls, can be found at Biletix booths or on its website.

Baras started taking dance classes at her mother's dance school at the age of eight and began gaining her reputation when she took the stage with guitarist Manuel Morao in 1989. In 1993, she won the Madroño Flamenco de Montellano prize as well as the title of "The Best Female Spanish Dance Performer" in 1999 and 2001. Participating in the show Mujeres of Merche Esmeralda, Baras also worked with Antonia Canales in "Gitano" and at the Theatre du Chatelet in Paris with "El Güito." Saras continued her career solo after dancing with Morao in 1992 at the Seville Expo and then performing in New York City.

She performed the finale of Festival Nacional de Cante de las Minas after she established her own company, and was featured in various films and documentaries such as Miki Figis' "Flamenco Women," Javier Balaguer's "Escuela de Seduccion," Carlos Saura's "Iberie" and "Flamenko Flamenko," and Luis Danes's "El Sueno de Eleanor." She also drew great attention and praise for her dance performance scene in "Mission Impossible 2."

Along with winning awards such as the National Dance Award and Gold Medal of the Arts in Spain, she won the Giraldillo De Oro award at the 2009 Flamenco Biennale in "Carmen's Best Artistic Management" category, the Flamenco Hoy Award as the "Best Flamenco Dancer of the Year" and the Gold Medal of Andalucia. The Medaille de Vermeil de la Ville de Paris is also one of the international awards the master performer has been presented with.
RELATED TOPICS