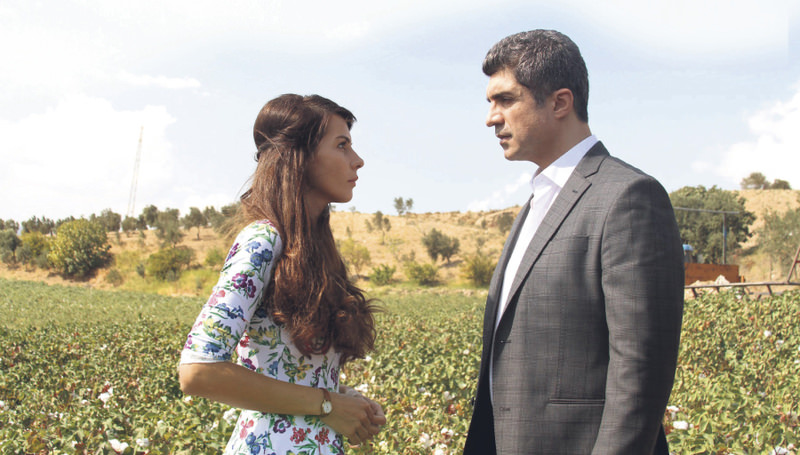 For the first time for both the Turkish series history and the Tunisian sector, a Turkish soap opera will be dubbed into the Tunisian dialect of Arabic language

A Turkish TV series will be dubbed for the first time in the Tunisian dialect of Arabic. The series, "Kaderimin Yazıldığı Gün" (The Day That Made My Destiny), will air in Tunisia with local dubbing. The series will air on the Nessma channel, and Eshvak Hannashi talked about the production process with Anadolu Agency.

Noting that they were very selective while choosing which series to dub, Hannashi said since Nessma is a family channel, they chose "Kaderimin Yazıldığı Gün." While there are various challenges with the dubbing, they believe they will succeed in translating the series into their dialect. "We tried to select a dialect that is used and understood by all Tunisians from the south to the north, which includes words from French, Turkish, Spanish and Italian and also one in line with the common language and dialect in Libya, Algeria and Morocco, as they will also be watching the series," Hannashi said.

During the translation process, the team realized that many words were the same in Turkish, such as "Yasak, Aman Ya Rabbi," so they tried to include such words and expressions as often as possible. Furthermore, Turkish names such as Sultana, Gülsüm and Nazlı are also used in Tunisia; however, the main character's name was changed to "Hayyam" so the audience can better identify with the character.

The dubbing team includes some of the leading actors and actresses of Tunisia, and Hannashi said the dubbing process was very friendly. Moreover, they called the professionals who dubbed the Turkish characters in Arabic by their names in the series.

Hannashi highlighted the similarities between Turkish and Tunisian culture, and said that relations between parents and their attitude toward their children are almost the same in Tunisia as in Turkey. "While I have never been to Turkey, I've heard that it is a decent and nice country, just like I've seen in the series. And all my friends who have been to Turkey agree," Hannashi said.

While Tunisians want more dubbed series, especially during Ramadan, the financial resources needed to make it happen are currently inadequate, according to Hannash. He added that Turkish series are very appreciated in Tunisia, and they are united around a series they love in their own dialect.

At the start of the series, Özcan Deniz and other actors were invited to Tunisia, and Hannashi said since American and French studios shoot films and series there, a Tunisian-Turkish co-production would draw great interest. "Turkey has a very diverse TV culture. That culture can be shot and developed in Tunisia as the countries share a common history," Hanashi added.

He also invited Deniz and other actors and actresses of the series to Tunisia and said that they would love for the actors to get to know the Tunisian audience, which he is sure will love the series. The series will be titled "Pomegranate Hearts" in Arabic and premiered in Tunisia on Jan. 11.
RELATED TOPICS