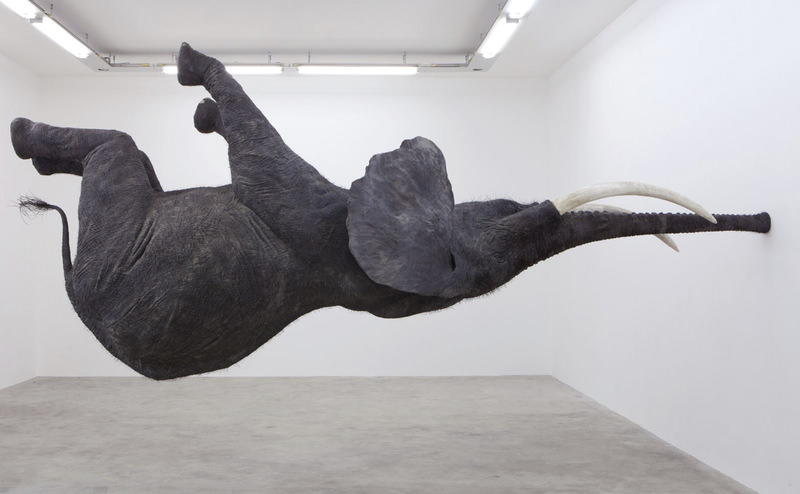 ,Nasutamanus,, a hyper-realistic scale elephant standing on its trunk floates in space, defying gravity in a paradoxical pose.
by daily sabah Jan 25, 2016 12:00 am

Artist Daniel Firman's solo exhibition ‘The Fragment Dimension' offers a striking demonstration of his powerful conception of visual arts. Displaying a series of sculptures in Istanbul's new art space, the Pill Contemporary Art Gallery, the artist will be the city's guests until spring

Located in an old generator factory in the historical Balat district of Istanbul, the Pill Contemporary Art Gallery will host France-based conceptual artist Daniel Firman's solo exhibition, "The Fragment Dimension," until Apr. 24. The exhibition will feature the sculpture works of the artist is the first solo exhibition of Firman in Turkey and the Middle East. As with every exhibition curated at the Pill, the artist was given the chance to modify the space.

The gallery space in Balat was originally designed as a platform without predefined walls; however, Firman turned the gallery space into a "spatial partition" for his exhibition and created certain paths that the viewers can follow in order to discover the artworks. The rooms, designed by the artist, correspond to links between a series of works that are materially and formally very different from each other. As Firman embraces a Bergsonian philosophy while creating his art, his suggested path must be thought of as an integral aspect of the work -- one which implicates the spectator in the tangible gallery route drawn in the gallery. Among this body of recent and unseen works, the artist has given the viewer a broad spectrum of his practice, with his singular approach of performative sculpture. 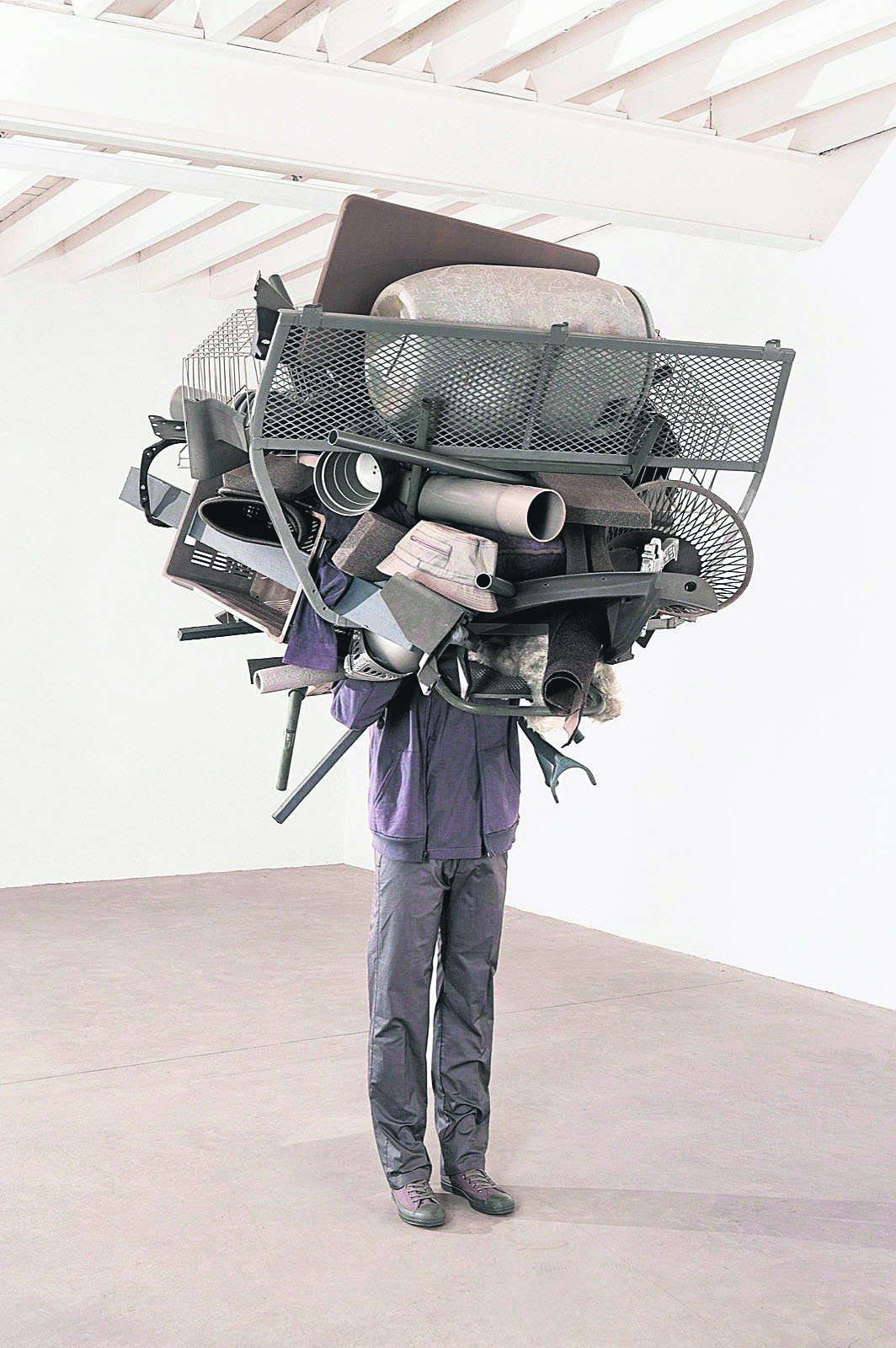 Firman's practice of the art of sculpture always involves the viewer by questioning his relationship with reality. He approaches the notion of presence by using a complex cast technique that enables him to take incredibly precise imprints. For this inaugural show, he has invited one gallerist, Suela Cennet, to work on a cast sculpture in response to her invitation to open the gallery with his solo show.

A mannequin of the founder of the Pill stands at the entrance, leaving a poetic yet confusing imprint of her presence in the space. "The Fragment Dimension" focuses on the artist's preoccupations with defining our relationship with the world and the concept of "being present." In this context, the artist's last neon sentence to be featured at the exhibition, "If you see something, say something," is a kind of comment on the relationship between the greatness of the amount of visual material and art; as well as language. Art and language are intertwined in the works sculpted with the artist's hand and tongue.

The exhibition approaches the fragmentary dimension of touching. The hand, as a fragment of the body, plays a central role – both symbolic and aesthetic – by introducing the act of apprehension; associated with civilizational development and socialization.

The iconic work "Nasutamanus," a hyper-realistic real scale elephant standing on his nose (Nasuta-manus meaning Hand-Nose in Latin) is floating in the space defying gravity with this paradoxical posture.

In contrast, the series entitled "I'm keeping my distance" is represented with bronze fingers, mounted on corners in the exhibition, inviting the viewer to fill the void by standing in the gap.

Born in 1966 in Bron, the artist Daniel Firman showcased his works as a part of the Venice Biennial in 2009, the Lyon Biennale in 2015 and several other exhibitions around the world. Firman's works are also featured in the collections of state-run institutions and private art collectors.
RELATED TOPICS