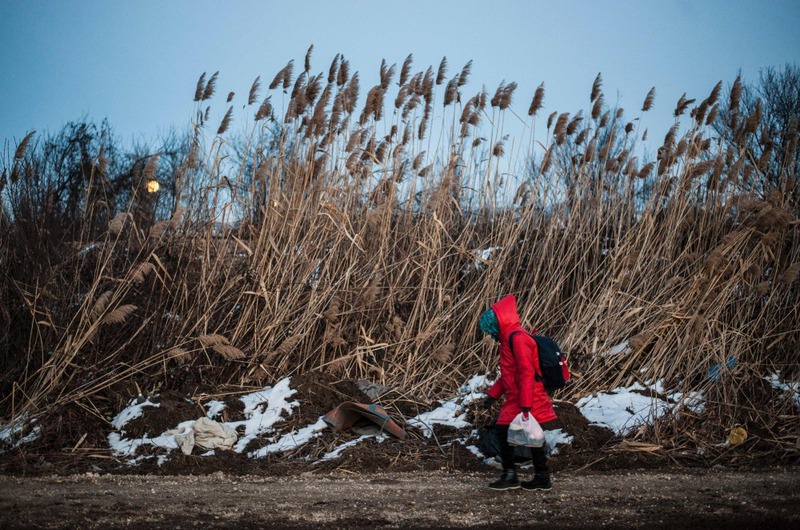 by daily sabah Jan 25, 2016 12:00 am
The French Cultural Center in Istanbul will host a series of events, including film and documentary screenings alongside exhibitions and panel sessions, focusing on the concept of "Exile," between Jan. 25 and Feb. 3. The event series will kick off with Philippe Lioret's film "Welcome," which tells the story of refugees who tried to reach London but died during their journey in Calais, France. Following the screening Fırat Çelik will host a panel session. Directed by Ali Atassi, the film "Our Horrible Country" will be screened tomorrow, and a Q&A session with Yassine Al Haj Saleh will take place after the screening.

Agence France-Presse (AFP) photographer Bülent Kılıç's photo exhibition "Escape for Hope" will be opened Jan. 27 and will welcome visitors until Feb. 26. As a part of the event series, novelist Hakan Günday, whose latest novel "Daha" (More) is about illegal human traffickers who exploit the hopes of the refugees, will hold a panel session on Jan. 28. The author is set to read passages from the book prior to the panel session that will be conducted by actress Ece Dizdar, Murat Dalbatan and Günday.

On Jan. 29, director Boris Lojkine's film "Hope", a love story sparkled in a refugee camp in Europe, will be screened. Writer Ayşe Sarısayın will interview Yiğit Benner, the writer of "Heyulanın Dönüşü" (The Return of The Ghost), and Fırat Çelik will read passages from the book before the interview on Feb. 1. The documentary "Lost Time" by Pierre Schoeller, which follows the lives, hopes and fears of Kurdish refugees who fled from Syria and settled in Kawergosk Camp in Iraq, will be screened on Feb. 3. The screening will be followed by a panel session with Frederic Cussigh from the governorate of Iraq's Erbil.
RELATED TOPICS