Turkish and Islamic architecture through the eyes of an American photographer 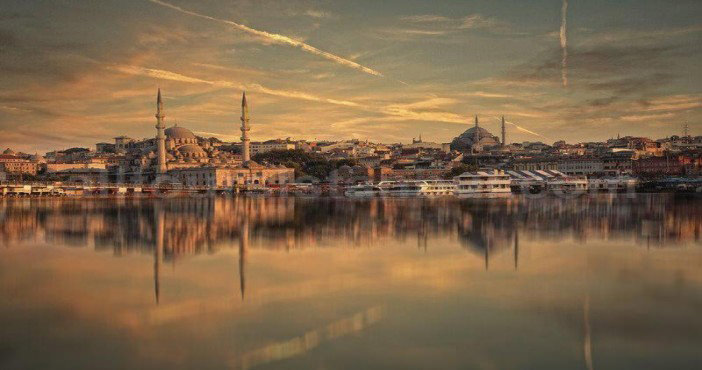 Speaking to Anadolu Agency (AA), Brown said at different times during her career, she visited several countries such as Iraq, Lebanon, Syria, Rwanda, Guatemala, Belize, Honduras, Mexico for art shoots. She also added that her pictures have been exhibited in different parts of the world.

"The Blue Mosque, Hagia Sophia and Rüstem Paşa Mosque are among my favorites. I can stay in Istanbul for months just taking pictures" Brown said. Brown added that she became interested in photography while studying art history at the Center of Arabic Studies at American University in Cairo in the 1960's, and she took a special interest in historical Islamic art works in the Middle East.

"My job is traditional. I want my photographs to be seen as photographs, and they must reflect the subject as it should be." Brown said, adding that she applies the basic rules of composition and design to her works. Stressing that she had previously visited Turkey in the 1990's, Brown said she "had found the opportunity to take unique pictures" during this visit. Stressing that the photographs of Istanbul will be added to the special collection along with the photographs of Egypt, Jordan, Lebanon, Syria, Iraq, Palestine, Israel and Yemen, Brown also said these pictures will also become a part of the University of Texas at Dallas archives at the O'Donnell Art History Institute. "Istanbul is one of the most fascinating places I've ever visited. I am eternally grateful to the Ministry of Culture and Tourism, Turkish consul general in Houston, Ferhat Alkan, and Washington Culture and Information Counsellor Görkem Kurşunlu Karakuş." Brown said. Brown's pictures of Istanbul are planned to be exhibited at the Embassy of Turkey in Washington, D.C., and the Consulate General of Turkey in Houston next April.
RELATED TOPICS